Delhi People Cheer Up! As The City Is Going To Have Its 2nd International Airport Which Will Be Developed by Zurich Airport 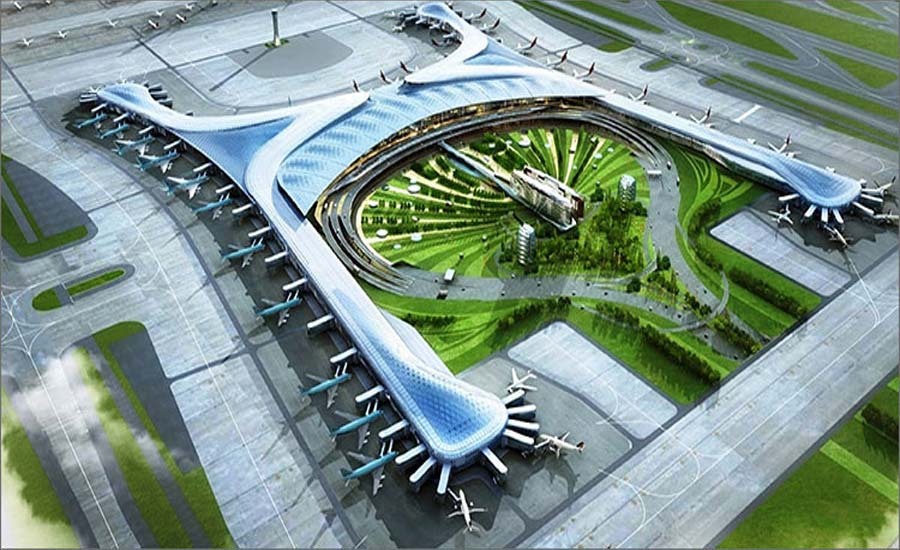 Delhi people are getting excited after knowing that the city will soon be having its 2nd International airport which will be developed by Zurich Airport. Well, the development of this airport will help the city to manage its ever-growing traffic. The best part about this airport is it can accommodate over 10 crore passengers annually. The aviation ministry has had this one on the cards for a long time but recently preponed plans of development.

Let’s get into the more detail of it

Delhi’s NCR second airport in Jewar will be the country’s biggest, twice the size of the original 5,100 acres in Gurgaon. Do you know the airport will have 8 runways and the advance technology that you can’t even imagine? Noida-Greater Noida will transform into a hub of business, tourism, and most probably hotels and entertainment too. What can we expect after this development?

Well, we can see a huge boost in the real estate sector. The first international airport of the capital has already proved what it does to the surroundings. Noida, Gurgaon, Greater Noida will get a complete transformation after this and we all are waiting for that curiously.

Who are the bidders in this project?

IGI Airport’s developer, GMR and India’s king Adani both had to kneel before Europe’s fourth-best airport’s winning bid. They offered a revenue share of Rs. 351 per passenger. Adani Group offered Rs. 360 and Switzerland’s Zurich Airport bid Rs. 400.97. They will be investing Rs. 4,663.731 crore for the first phase of development by the year 2023.

There was another bidder too in the line, Anchorage Infrastructure Investments Holdings Ltd who has offered Rs. 205 per passenger. To let you know, this bidder is an unlisted company from Mumbai that was created in June 2019. This is not Zurich Airport’s first project in India.

Till when we can expect this project to get complete?

Jewar Airport will be under a 40-year contract with Zurich Airport. The project was announced in 2001 and real estate developers believe to get a boom after this. By 2023, it is expected to complete phase 2 of the development and see 3 crore passengers annually which will increase slowly and gradually over the passing years.

But the major concern amid all this is getting the farmer’s land occupied for this which is somewhat brutal. Soon, Delhi will be a dream destination for many as it will get a complete makeover. We also can’t wait for this airport to come to the city.

Also read: 5 of The Amazing Romantic Restaurants in Delhi To Go With Your Bae