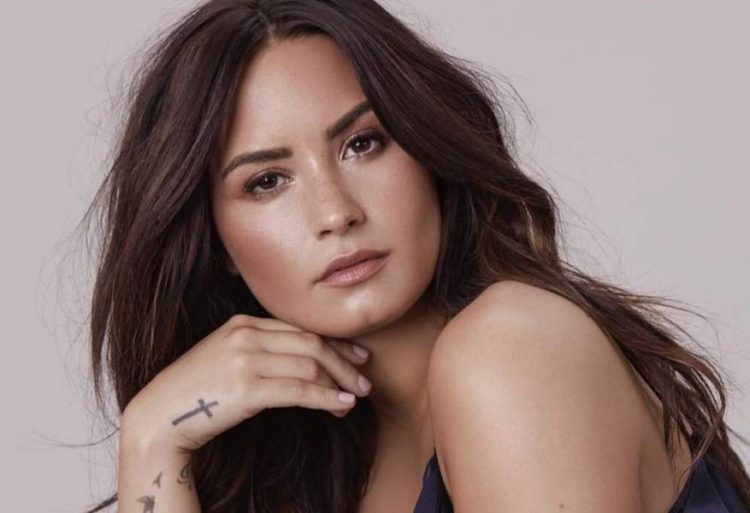 Demi Lovato (Demetria Devonne Lovato) is a singer, songwriter, television personality, and activist. After coming on the children’s series Barney and Friends she became a popular icon. She then acted in the Disney movie Camp Rock that released in 2008 and also became part of the sequel Camp Rock 2 The Final Jam. Because of the film, she became a great singer and her songs got listed in the Billboard charts. She is now twenty-seven years old and the news about her engagement is trending the internet. Find all the details about Demi Lovato Biography here.

Demetria Devonne Lovato’s place of birth is Albuquerque, New Mexico and her date of birth is August 20, 1992. The name of her mother is Dianna De La Garza who is a Dallas Cowboys cheerleader. The name of her father is Patrick Martin Lovato who is an engineer and musician. She has an elder sister whose name is Dallas. Her parents got divorced in 1994. Then when her mother remarried she came to have a step-sister named Madison De La Garza. Then through her father, she has a step-sister named Amber.

She grew up in Dallas, Texas, and started to play the piano when she turned seven. Then she began to play the guitar at the age of ten. She also attended dancing and acting classes. In 2002 she became a part of the children’s series named Barney and Friends where she played the role of Angela. After she finished her homeschooling she acted in the series like Prison Break and Just Jordan.

From the year 2007 to 2008 Lovato acted in Charlotte Adams in the series titled As The Bell Rings. Then she went to auditions for the roles in Disney channel productions Sonny with a Chance and Camp Rock. In the film Camp Rock, she played the lead singer. The songs in the film became very famous. Then she did a studio album Don’t Forget that released in 2008 and received a good response from the critics.

In 2009 she recorded the single “Send It On” that became the Disney theme song. Some of her colleagues were part of the track like Jonas Brothers, Selena Gomez, and Miley Cyrus. Then she acted in the series Sonny with a chance on Disney. After that, she acted in the film Princess Protection Program where she played the character of the princess along with Selena Gomez. In 2011 she unveiled her album Unbroken which became popular. Then her album named Confident released and got positive reviews.

One time Lovato shared about her sexuality as fluid and she is comfortable dating people of any gender. In July 2020 she shared that she is queer through a twitter post. Then on July 22, 2020, Lovato shared her engagement with Max Ehrich who is an actor. In a post on Instagram, she shared that Max loves her completely along with all her flaws. Now Lovato is in a comfortable relationship with Max and happy with it.

The net worth of Demi Lovato

The net worth of Demi Lovato is now $33 million. As she was part of many TV shows and films she became rich at a very young age. Her fiancé Max is also a great actor and in affluent circumstances. When she was eighteen she bought a house in Los Angeles, California. Then she began to live in a sober house after her rehab. Later, she bought another house in Laurel Canyon, Los Angeles for the amount of $8.3 million.

She also endorsed many brands like Sketchers which is a footwear brand. Lovato also promoted the beauty brand New York Color. She began to appear in many ads and campaigns starting from her teenage years. Then she partnered with Shazam for her Demi world tour. Many types of popular products like Ferrari, TikTok, Lyft, Jaguar, and lots more have got featured in her songs.

Demi Lovato is a talented singer and actor. She became successful at a very young age. Although she suffered from illnesses and addiction she fought back and is alright now. She is also supporting many charities that spread awareness about mental and physical illnesses.

Also read: Here is The List of 12 Richest Celebrities in The World