Details on Cherry Seaborn And Her Relationship With Ed Sheeran 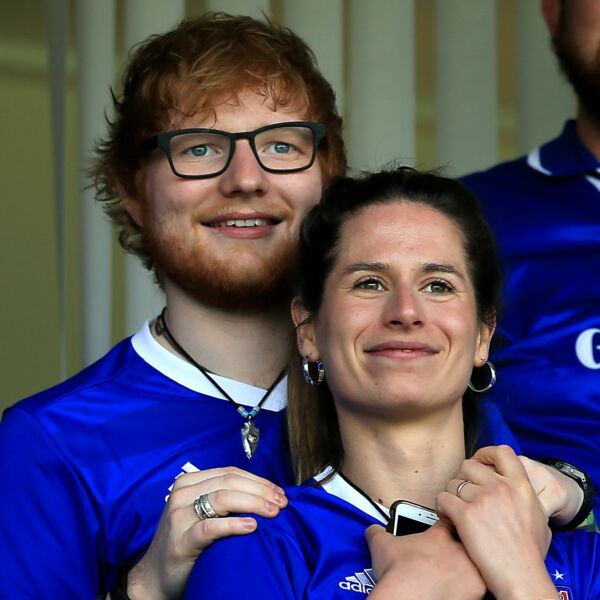 Aren’t Cherry Seaborn and Ed the cutest couple in Hollywood? We surely think so. Besides, their love story has survived and is still thriving since they were kids. Such ‘Perfect’ chemistry between the duo, makes us teary-eyed! Ed Sheeran and Cherry Seaborn met when they were just 11 years old and nothing has changed since then.

In this article, we will talk about Cherry Seaborn and her life details. Keep reading the article if you are interested to know about her as well.

Who is Cherry Seaborn?

Cherry Seaborn is a British advisory consultant and former athlete in New York who is married to international pop star, Ed Sheeran. Firstly, she was born on 6th May 1992. Secondly, her place of birth was England. Thirdly, she grew up in the city of Framlingham in Suffolk. Fourthly, her parents are Matthew Seaborn and Ann Lancaster. Besides, she has a brother named Charlie.

Did you know that her father was a cricket and soccer player at the former Oxford Polytechnic in Oxford? Sixthly, she has graduated from Thomas Mills High School. There she played Field hockey. During that time she met her sweetheart, her fiance and the love of her life, the famous pop star Ed Sheeran.

Seventhly, after she finished high school Cherry Seaborn took admitted to Durham University and graduated with a Bachelor of Science degree in Molecular biology. Eighthly, she was an athlete on the Women’s Field hockey team. In fact, she was the captain.

Her relationship with Ed

The couple isn’t very keen on sharing their personal life on social media. They like to keep things private and we respect their decision. However, it’s not like they share anything. They have given us glimpses of how their love blossomed over the years. We told you earlier that Ed and Cherry Seaborn knew each other since kids. However, they started to date after reuniting in New York City in 2015.

In January 2018, Ed and Cherry got married without informing anyone. It was a private ceremony with only 40 guests.

“We did it at night on a random day in the middle of January in the middle of nowhere. No one knew, no one came to it. We lit candles, we got married, we went back [and] had a curry.” Ed later joked about the small ceremony at an interview.

Two years late in the August of 2020, the duo gave happy news to their ardent fans. Seaborn gave birth to a little angel and they named their daughter Lyra Antarctica. In an Instagram photo, Sheeran shared this beautiful news for all his fans “We are completely in love with her.”

Very recently the duo welcomed their second child into the world. Ed l, like last time, shared another beautiful picture with a caption.  “Want to let you all know we’ve had another beautiful baby girl. We are both so in love with her, and over the moon to be a family of 4 x,”

How did the duo end up together?

As we have told you earlier, they met when they were kids at Thomas Mills High School. However, both of them have admitted that they did not have a romantic relationship back then. In an interview at the Armchair Expert with Dax Shepard, Sheeran admitted that the relationship ” would have been a disaster”, had they dated back then.

However, like what usually happens they weren’t in contact after school. Ed went on tour and Cherry Seaborn went to Duke University in North Carolina. However, fate had other things planned. In 2015 the duo reconnected in N.Y.C. after a common friend invited them both.

“One day, she was in New York and she went to go out with Cherry because Cherry worked on Wall Street,” “And then she was like, ‘Oh Cherry Seaborn is in town, do you want to hang out?’ I was like, ‘Yes.’ “

The funny thing here is that he was very nervous to meet her again. Furthermore, it was because they “hooked up” earlier.  “So in my head, I was like what if she remembers that because it was like a while ago? It was very innocent. Very gentle, it was a kiss.”

She shares a good bond with Taylor Swift

After Ed and Cherry Seaborn met in 2015 and started dating, they planned one of their dates at Taylor Swift’s Rhode Island mansion. In fact, Taylor and she met up there for the first time during one of Swift’s Fourth of July parties.

“I went on tour again, and then I went to Taylor’s Fourth of July party. I was texting [Seaborn], and she was like, ‘I’m in Rhode Island at a 4th of July party,’ and I was like, ‘So am I.’ I kinda said to Taylor, ‘Can I invite one of my old schoolmates?’ The rest is history.”

She is Ed’s musical inspiration

Some of Ed’s best songs are inspired by the love of his life Seaborn. For example, he said that after attending James Blunt’s house party with her, he wrote down ‘perfect’. “We got really hammered and took our shoes off and danced on his lawn and then jumped in the pool”. He told all this to Radio.com. “And then the next day I was like, ‘That’s a cool story,’ so I put it in a song.”

There are many more songs in which his only muse is his wife. Isn’t that the cutest thing ever?

Further details about her education and hockey career

“Ever since I was in high school I’ve always wanted to … study in the United States,” Seaborn said in an interview. Therefore she went to Duke University in North Carolina in 2013.

Seaborn was a phenomenal hockey player back in her school and college days. In fact, she started playing while at Durham University in the U.K., where she led her squad to the British University championship in 2012 and 2013.

She continued playing field hockey at Duke University when she was studying at the business school.

Cherry Seaborn is living the time of her life along with her husband and two kids. Occasionally they take a break from their career and tour around the world. We hope that the duo keep inspiring us like this.