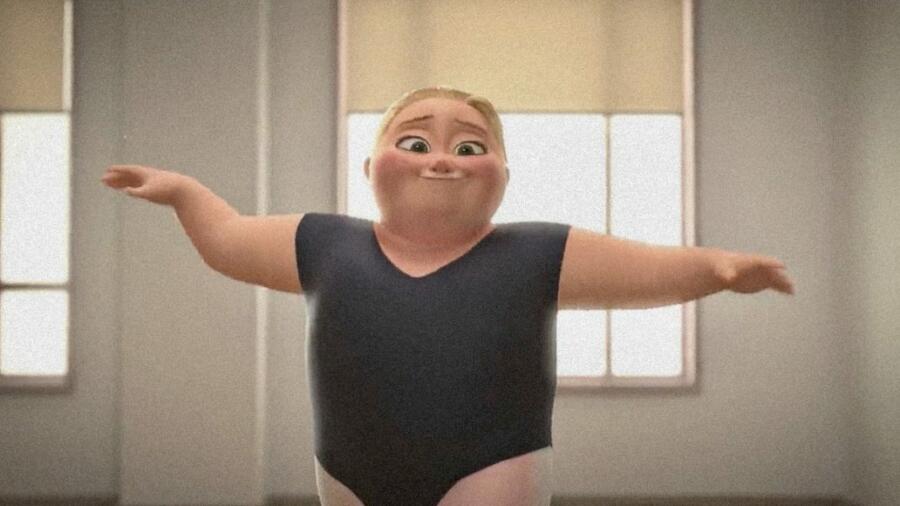 In the short film Reflect has been acclaimed for encouraging positive self-image and body positivity. Moreover, Disney featured its first plus-size heroine. The film is now available to Disney+ subscribers.

In Reflect, we follow Bianca, a plus-size teen ballet dancer who struggles with body dysmorphia and low self-esteem. This is the seventh episode of Season 2 of Walt Disney Studios’ experimental film series Short Circuit.

Reflect, a six-minute short film about Bianca featuring Disney’s first plus-size female protagonist premiered on Disney+ on September 14. In an empty dance studio, a ballet dancer is seen practising her routines in front of a mirror. When the rest of the class arrives. Bianca begins to feel self-conscious about being the only plus-size dancer in the room.

Body dysmorphia is a role in the protagonist’s low self-esteem. It is defined as “a mental health issue. However in this a person spends a lot of time worrying about faults in their appearance that are normally unnoticed by others.”

Bianca gathers her inner strength and prevails over her niggling misgivings towards the film’s climax. She has not ceased practising with the other children throughout her ballet lesson. Reflect alludes to the protagonist’s struggle with self-doubt. Moreover, as she first stares in the mirror before coming to accept her physical and emotional selves.

Disney is attempting to address its past misogyny and racism by introducing more multidimensional characters in films such as Reflect. The corporation said two years ago that they wanted to “actively, purposefully, and aggressively advocate the plurality of voices and ideas in our world.” This was part of a broader commitment to inclusion and collaboration.

Hillary Bradfield, who also worked on Frozen 2 and Encanto. However,  it established the concept of a Disney heroine wearing spectacles, directed the new animated short. “I feel like I’m a fairly body-positive person in principle,” the director said of her reason for filming the video. Having a positive attitude toward one’s physique, on the other hand, is a much more difficult undertaking.

After watching the film, I want people to feel good about themselves and their appearance, and I want them to be able to accept the difficult portions of the journey. “Perhaps you have to journey through the dark to get to the lovely location. She added, “and that only makes the good place that much more magnificent.”

Disney Fans have praised this move

“THIS IS NOT A DRILL,” one moviegoer tweeted. Disney+ has finally produced a short film starring a curvaceous woman. Reflect is part of the Short Circuit series. I’ll just say I was crying my eyes out.

“16-year-old me needed this Disney short before I quit ballet. Moreover, because I didn’t want to be the fat girl in class anymore,” another person commented. Reflect receives a perfect 10!” I’m glad to see this because I used to dance (not only ballet) and experienced similar feelings.

Also read: Disney+ will host a series sequel to the 1988 fantasy film Willow