Dr. Disrespect Prefers Super People to Warzone: He Calls It As “Breath of Fresh Air” 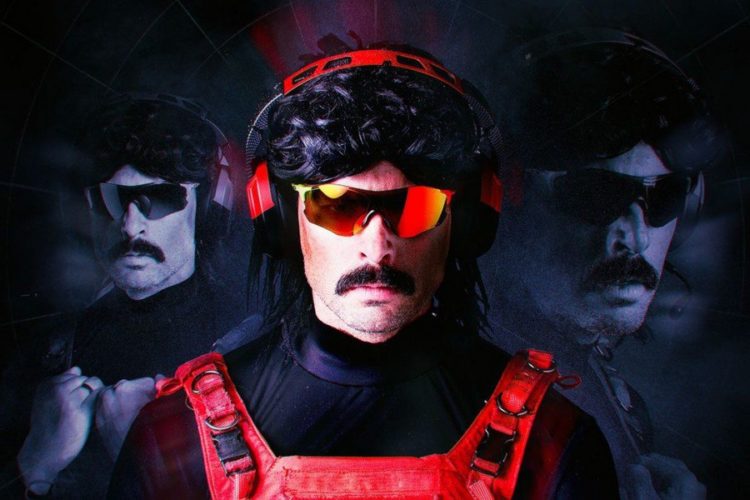 If you enjoy playing adventure games, you must have played games like Warzone and Super People, right? Even if you haven’t played these games, you must have indeed watched videos where YouTubers like Dr. Disrespect and other game streamers upload detailed gameplay of the popular games. In fact, they also recommend which games are better and which are not.

Needless to say, it is because of this the fans enjoy watching their videos. Especially when it is Dr. Disrespect saying something in his videos, it will be the talk of the town. Therefore, recently this famous YouTuber has posted a video claiming that the game Super People is far better than Warzone. However, why did he suddenly come up with this comparison? Let us check out!

Which is the Game That Dr. Disrespect Prefers Presently?

So if you are reading this blog, it is pretty evident that you are one of the subscribers of Dr. Disrespect. Therefore, you want to know in detail what he has to say about the two most popular games. If you are a regular visitor of social media platforms, you must have already heard about the matter making the headlines presently.

As you know, Dr. Disrespect is one of the popular game streamers on YouTube. So when he is coming up with a video, the fans will go crazy about it. He has recently declared that Wonder Games’ debut battle royale title Super People is like a “breath of fresh air.” In fact, he is also enjoying it. According to him, it is far more challenging than Warzone. Because of this, he thinks that Super People is far better than Warzone in terms of adventure. Have a look at what he says regarding Warzone

Why was Dr. Disrespect Searching for A New Title?

You must be knowing that professional game streamers work days and nights with one game, trying to find the best way to win it. At the same time, they also analyze several aspects. After gathering all the relevant information, they come up with a video for their fans. Similarly, Dr. Disrespect searched for months for a new title to replace Warzone. In fact, it is none other than the famous game Super People from Wonder Games.

Dr Disrespect absolutely going off on the state of Warzone and Ricochet being a complete lie 💀as he gets gunned down by yet another cheater pic.twitter.com/bJligYlbg3

If you follow the Docs videos, you will know that he struggled with Call of Duty’s battle royale Warzone. Therefore, he was looking for a new title to grind for some time. Finally, that search has come to an end, as the Doc is indeed impressed with Super People. So he is calling it the “breath of fresh air.”

Coming from such a professional gamer, this praise is indeed a mighty one of the Super People. In fact, as per the news from his Fandom, the game streamer had also turned town an Apex legend defection for this game. At the same time, he particularly mentions Warzone as “dead in the water.” So you can well understand that the YouTuber is presently amazed by the action game Super People.

What is the Doc Saying After Playing Super People on His Fan Club’s Request?

Many of you might not know that Dr. Disrespect has huge fan followers who adore him. Therefore, due to the incessant request from his fan club, The Champions Club, he decided to play the game. They had wanted their favorite game streamer to play Super People and comment on it. However, he had turned it down several times.

Finally, their wish came true, and Dr. Disrespect was indeed overjoyed after playing this game. In fact, much to his surprise, the Doc was hooked to the game soon enough. He comments, “Listen, I like it. I do”. According to him, this game has just the right amount of violence, speed, and momentum. At the same time, the game abounds in several challenging situations.

Therefore, the players have to really grind hard to get better at the game. It is due to these reasons that he enjoyed playing the game. You can have a look at his comments here

In fact, he also said, “I really want to get good with the game; it makes me want to get good.” So if you are playing this game, you have to be very fluid with everything. Especially the healing process if you want to be an aggressive player. So why not try it out?

So as we conclude, we can say that if you are a fan of action games, you will enjoy both Warzone and Super People. However, according to the famous YouTuber Dr. Disrespect he prefers Super People more to Warzone. This is because the game is a challenging one. So you can follow his videos to know all the latest updates.

You may also read: Did The New Update Bring Back The Warzone Cheaters Back with A Vengeance in Caldera? Know About It