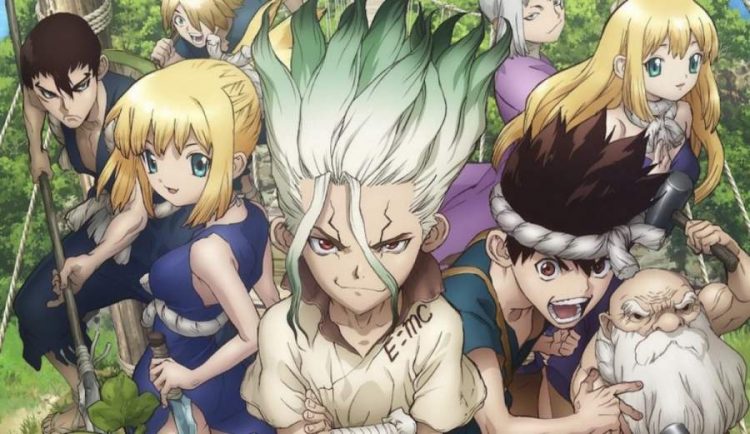 There is a chance for the anime lovers to watch a great TV series this year. Dr Stone is a 2019 anime made by TMS Entertainment. It is from the manga of the same name written by Riichiro Inagaki. The director of the TV series is Shinya Iino and the scriptwriter is Yuichiro Kido. The first season of the series released on 2019 in the Tokyo MX. It had twenty-four episodes. During the finale of season 1, the series got renewed for season 2. The creators have shared that the second season will focus on the arc known as “Stone Wars”. Know the release date and plot information of Dr Stone Season 2 here.

When will the Dr Stone Season 2 release?

The official title of season 2 is Dr STONE: Stone Wars. It will release on Crunchyroll on Thursday, January 14th, 2021. According to the sources, season 2 of the series is awesome. The new trailer of season 2 dropped and gave some glimpse into the story. Watch the trailer and get to know the story information.

What is the plotline of Dr Stone?

The story is set in April 5738 A.D 3,700 years after an event regarding a mysterious light that petrified all human life. The main character is an eighteen-year-old Senkū Ishigami who revives from the petrification. He finds that human civilisation has disappeared from the scene. He creates a base camp to revive all humans. Moreover, he tries to find out the cause of the event and also the cure.

He plans to make a kingdom of science after finding a colony of humans. He joins with his classmate Taiju Ōki, Yuzuriha Ogawa and Tsukasa Shishiō. His clan battles against another rival gang started by fighter Tsukasa. This is a story of survival and courage. The inhabitants find out that there is an island with people who have the petrification device.

What can we expect from season 2 of Dr Stone?

The season 2 will narrate the story of Stone Wars arc. So we will be able to see the battle against the Kingdom of Science and Empire of Might. According to the trailer, Senku will do his best to make use of the science to bring down the kingdom created by Tsukasa. The Empire of Might has many new characters. So Senku is ready with the gang of his own to fight the powerful rivals.

New characters will return in season 2. Taiju and Yuzuriha were not present in season 1. They both are true to Senku so they may return to support him. They are the ones who attacked the Kingdom of Might. So they may prove to be a great support for the science Kingdom. We can also expect some romance between Chrome and Ruri. Or she may become romantically attracted to Senkū. In season 2 Kohaku may face some problems. These are the events based on the manga.

Dr Stone is a great series. The storyline is interesting and we are expecting season 2 to be even more intense.