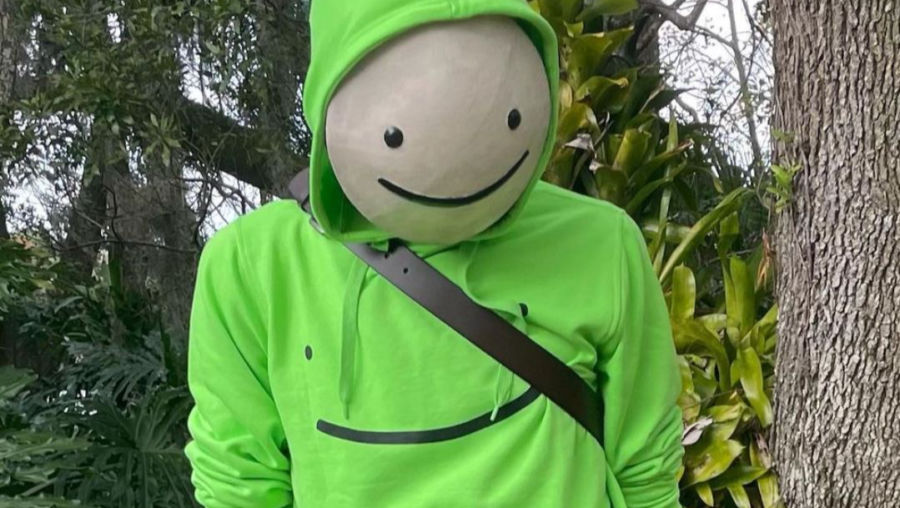 Dream is one of the well-known Minecraft players. His insane gameplay of Minecraft is a hit among his fans. Everybody appreciates him on the internet. But even after thriving in the spotlight his face is not known. He conceals his identity from his audience. But in February 2021 Minecrafter during an interview with another Minecraft streamer Kavos, he shared about a matter regarding Dream face reveal. He said that the face reveal on June 10th was fake.

Here you can find all the details about the Dream face reveal on Twitter. Know whether it was Minecrafter Dream or someone else.

Dream shares that his face reveal was fake

On June 11th Dream came to Twitter to share that the viral image that trended was not him. Many people thought that it was him. But he debunked the rumours. When the Dream face reveal happened on Twitter many people body-shamed the guy they thought to be Dream. But Dream shared that it is an idiotic and gross thing for Youtubers to be judged based on their appearance.

Even though it was not him he did not like the negative attention the fake face reveal was getting. Then Dream tweeted a second time saying that Twitter can be a ridiculous place sometimes. So he asks people to spread love and positivity.

After talking about his thoughts on Twitter, Dream planned to turn the situation into a joke. He shared that he is going to reveal his face and then instead released a computer-generated image of a random man.

After a conversation about the toxic followers in social media Dream talked about whether he will disclose his face when he meets fans.

They both are very close as George takes part in every video of Dream. The player also said that he will not reveal his face on YouTube. He is going to host a special event for it. The interviewer Kavos revealed that his face reveal will get lots of views on social media. But Dream said that it is hard to beat the views his Minecraft videos get. But still, the player is confused about whether he will use a facecam after the face reveal to play games.

These are the plans Dream has regarding his face reveal. It is alright to share comments on social media. But the YouTubers like Dream are urging people to keep the comments positive.

You may also read: Valkyrae is Not Happy After Fans Blame Her for Corpse Husband Face Reveal