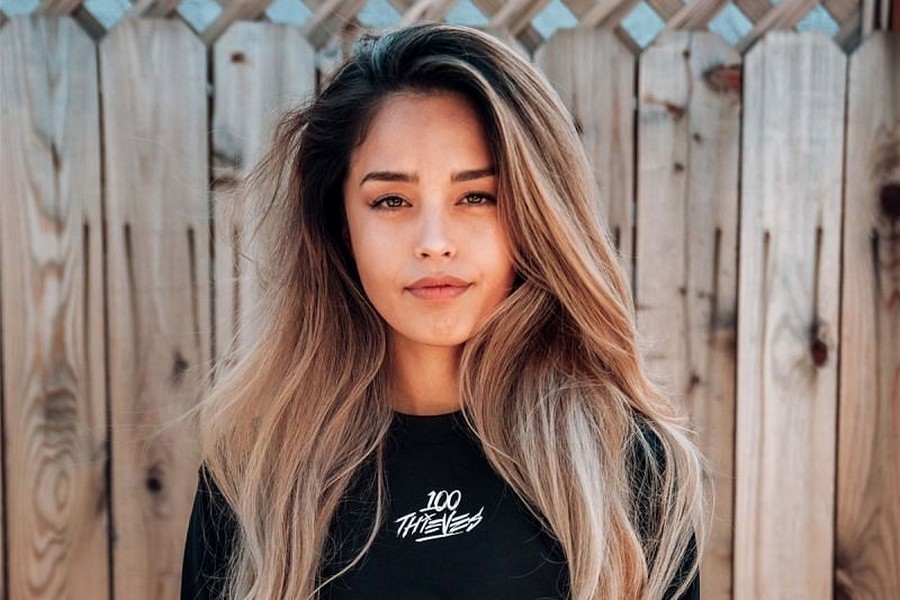 The fan-favorite relationship that is happening between Valkyrae and Corpse Husband has reached another level. Finally, they both are going to meet in person. During the Covid 19 pandemic, many Twitch streamers were hard hit by pandemic. But they collaborated socially with the other streamers. So some new friendships were formed.

One of the amazing friendships that formed during the Covid 19 was between Twitch streamer Valkyrae and Corpse Husband. In 2020 they met on the Among US lobby. Then it quickly took off. They played many online games together. But as Corpse is suffering from an illness he is afraid to meet people in person. Also, he suffers from trust issues. So he is afraid to meet Valkyrae in person too.

But last week Valkyrae revealed in a stream that she met Corpse in person. It seems Corpse was interested in the silver break of Valkyrae. Some of the other friends of Corpse also met him such as Sykkuno, TinaKitten, Jacksepticeye, and Anthony Padilla. Here you can find all about Corpse husband.

Why Corpse husband is popular?

Corpse husband is a well-known American musician and YouTuber. But he is better known for his faceless reputation. His followers are not aware of how he looks. He prefers to maintain his anonymity. Also, Corpse is famous for his horror story narration and playing the game Among Us. Many people are in love with his deep or low-pitched bass voice.

The musician is from San Diego, California. He began his career on YouTube in 2015. He narrated horror stories with his deep voice that attracted many people. Then he made his debut with a musical single in 2016.

In March 2021 Corpse was featured on the song of Gun Kelly titled “DayWalker”. In the same year, his friend and fellow YouTuber Valkyrae featured him in a music video. It got listed in the Billboard Hot 100.

Corpse is a shy person and he is always hesitant to meet people. He suffers from fibromyalgia, thoracic outlet syndrome, and GERD. Because of the latter condition, his voice is deep. Also, he frequently wears an eye patch to prevent eye strain from blue light screens. As of 2021, he is twenty-four years old.

Also read: Who is Candace Owens? The Truth About Controversy About her book

In the middle of September, several photos surfaced on Twitter that showed the corpse husband’s real face. It is worth noting that the Corpse has never shown his real identity to his fans. The fans have only seen his arms or legs other than his deep voice. For some years his fans were curious to know how he looked. But they never got the chance to meet him.

That is why there are many artworks of Corpse husband that his fans interpreted and assumed to look like him. But suddenly the photos of the social media star have leaked online. He is receiving a lot of backlash because of his appearance. Many are commenting negatively about him.

But still many fans rushed to his defense. They supported him during this ordeal. His friend and fellow Youtuber Valkyrae also supported him. In a live stream, she asked the followers to support Corpse. She shared that her friends and fellow Youtubers are good people. Therefore they should not be experiencing such attacks from the viewers.

What is Valkyrae’s reaction to corpse husband face reveal drama?

In one of the recent Livestreams Valkyrae was reacting to some fan arts she saw on Reddit. Then she amusingly revealed to her fans that she got Corpse Husband’s face in the fan art. She said that all of the fan arts look like Corpse. After that, she came across the statement that said that she leaked Corpse’s face.

As Corpse is a person who is shy of his appearance many people shared that Valkyrae leaked his face to the world. The fans of Corpse hate Valkyrae because there are rumors that she is the one who leaked it. But she has denied all that claims and is supporting her friend Corpse.

The photo leak and the instant backlash received by Corpse have made him even more hesitant to post videos. But he has supportive friends like Valkyrae who will be with him. He may come up with more wonderful songs and content for his followers.

You may also read: 22 Year Old, Haryana Girl Renounces The World, Even Her parents Couldn’t Stop Her