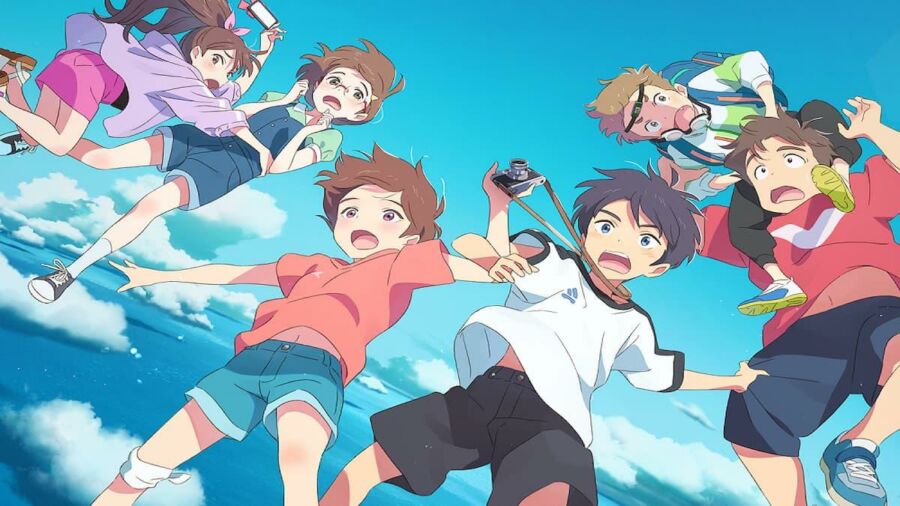 Anime is a new trend which people of all ages love to watch. It became famous in the U.S. it is available on several OTT apps like Netflix, Tv, and others. Netflix is providing most anime pictures with a corporation with Japanese anime producers studio Colorado. Netflix recently signed three movies with a Japanese anime producer’s studio, Colorado. The movie coming in the first place is “drifting home”. This movie will be released in September itself.

Producers and Directors of Drifting Home

Netflix is presenting three anime movies. One is “drifting home” written by Japanese author Hayashi Mori and directed by Hiroyasu Ishida. Ishida made movies like “Penguin Highway” and “Fumiko’s Confession”. Whereas Mori made movies like “Cells At Work!” and “Code Black”.

In addition, he used to write children’s comics. Netflix is presenting three movies with Studio Colorado, the Tokyo-based anime studio. Drifting home is a third movie produced by them. Trailer represents what the audience can hope to see in the picture.

The trailer was released in September 2021, and after a wait of one year, the movie “drifting home” was finally released on 16th September 2022. The trailer does not fully reveal what will happen in the movie, but it gives some hints to make the audience thrilled to see it.

What does Drifting Home Trailer Show?

The trailer shows the famous character Kosuke with his five classmates going into an apartment that is soon going to be broken down, and the apartment reported to be jinxed. But after entering the apartment, they see some strange things. Soon they all drifted to sleep in that jinxed apartment, and later, they found themselves in a mysterious place where they seemed to be floating on the boundless ocean.

The remaining trailer of the “drifting home” shows that they are all swimming in that boundless ocean and fishing in it. In addition, while someone sinks inside the ocean, they all try to save them. The whole trailer is so thrilling and mysterious that the audience curiously wants to watch the whole movie.

Characters of the movie

Characters make anime movies more thrilling. This is because the characters look so cute while doing the scenes. One more fact, as anime is a cartoon-based movie, the voice is given by other people, which looks so fascinating while watching the movie.

How does Anime make Netflix Popular?

In the early month of 2022, Netflix lost numerous subscribers for not giving good content, and to mark their comeback, Netflix again started providing enjoyable content. Netflix recently released a trailer for “drifting home”.

Netflix makes its name by providing anime content. Anime became a distinct factor for Netflix because not all websites are able to provide it. Now, Netflix is providing another anime picture releasing on 16th September in collaboration with studio Colorado, named “drifting home”.