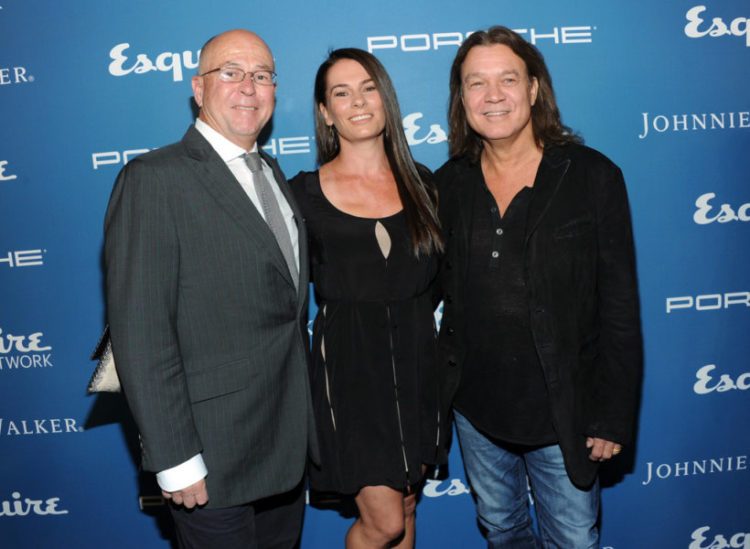 People Know Janie Liszewski as the wife of the late legendary guitarist Eddie Van Halen. However, she is a ballroom dancer, an actress, a stunt woman, and also an entrepreneur. She has played her part in movies like Bubble Boy, Dusk Till Dawn, and A Man Apart. So, read this article to know more details on the wife of Eddie Van Halen.

Let’s start with her bio, shall we? Well, she is from Pennsylvania, USA, where she was born to her parents. We don’t know the details of her parents or siblings as she doesn’t share many details. However, according to the sources, we know that her mother is also a ballroom dancer. Therefore, she shares similar interests as her mother. Moreover, her father is a businessman by profession.

As for her education phase, she went to S. Hart High School. Moreover, to become a dancer, she went to Miss Diane’s School of Dance. Thereafter, she pursued her career as a professional dancer.

Janie Liszewski began her career as a dancer after her studies. Thereafter, she performed at various stage shows along with her mother. It’s not surprising, therefore, that her mother has been a constant source of support. She has also done her career as a stunt woman. In fact, she has 16 credits to her name for the stunt projects.

For example, she made her debut as a stunt woman in ‘The Wedding Planner’ movie. Apart from that, people also know her for performing exquisite stunts in Mulholland Drive, Max Keeble’s Big Move, Bubble Boy.

Furthermore, she is also an actress who did a pretty nice role as a dancer in ‘From Dusk Till Dawn (19960. It’s worth mentioning that she has maintained her passion for ballroom dance to date.

So, let’s check out Janie Liszewski’s wife of Eddie Van Halen’s personal life. In 2008, Janie and her future husband started dating. Then on the same year’s 6th Oct, they were engaged. Thereafter, the lovebirds exchanged their vows on 27th June 2009, at the Studio City Estate.

Did you know about this interesting fact? In the early part of their relationship, she began to change the tracks of her career. Therefore, she exclusively represented Halen’s band and worked as a publicist.

It’s also interesting to mention that the actress considers Lita Lamae to be her alter ego. In fact, she works as her ballroom dancing partner.

Well, Van Halen isn’t the only member of the family who had cancer. In fact, she herself underwent a difficult phase when she had possible breast cancer. Fortunately, the doctors declared that it didn’t grow and they are not cancerous.

Janie’s successful career as a ballroom dancer, actress, and stunt woman has garnered her immense fortune. Currently, she has about $500,000 as net worth. On the other hand, Eddie Van Halen’s net worth was around $100 million at the point of his death.