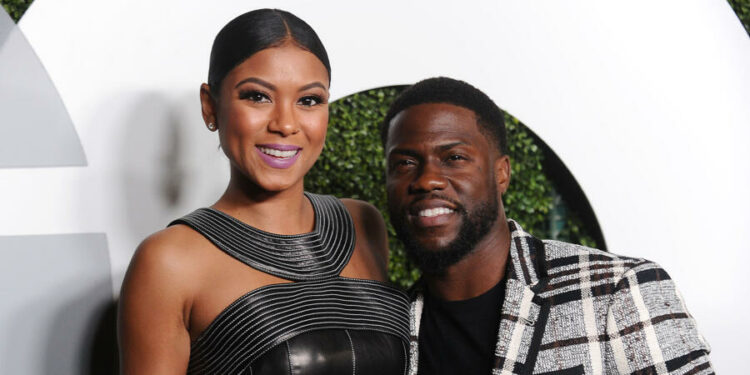 Eniko Hart is a name that has become well-known in the entertainment industry. Well, there are obvious reasons for that, as she has already made a name for herself as a model. But apart from that, there is yet another reason that has made her famous in the industry. This reason is the fact that she is the wife of Kevin Hart. Even if you have not heard about Eniko, the name Kevin must be familiar to you.

Moreover, if you have watched The Jumanji: The Next World, then you must have loved his performance. Therefore, it goes without saying that he is a star actor of recent times. We have seen many instances where people have become widely famous for their relationships with various celebrity figures. Eniko Hart is yet another example of such an instance.

Let me inform you further that the couple got married in the year 2016 and since then they have been together. In fact, their relationship has also become a talking point in the media. Therefore, if you wish to know more about Kevin Hart’s wife, then this article is the perfect stop for you.

Keep reading this article to know various facts about Eniko Hart and her relationship with Kevin Hart.

Kevin Hart’s wife, Eniko Hart breathed her first on the 18th of August 1984. She was born to her Jamaican parents in Baltimore, MD. However, her birth name was Eniko Parrish. As far as her profession is concerned, she is a model and actress. In order to pursue her career in the entertainment industry, she relocated to Los Angeles from Boston. After her arrival in LA, she got to walk in BET’s Rip the Runway, as a model, in 2013. The event was hosted by Kelly Rowland.

However, after she began dating Kevin, she started to garner attention from around the globe. The love story of the couple started back in 2009. During that time, Kevin was staying with his wife, Torrie. He married Torrie in 2003 and before parting ways in 2010, they welcomed two children named Hendrix and Heaven Leigh.

After Eniko Hart started darting Kevin in 2009, the couple started to get really closer to each other. After Kevin’s divorce from his ex-wife, the relationship started to gain pace. Finally, the couple got engaged on the 18th of August, 2014. In fact, Kevin proposed to Eniko on her 30th birthday. Eniko shared the video of the event on her IG handle and the caption stated that she has consented to his proposal. Finally, the marriage occurred on the 16th of August 2016.

In the year 2017, Eniko gave birth to a boy named Kenzo Kash Hart and the couple were visibly very happy on the occasion. Their second child came into this world on the 29th of September 2020. They named this girl-child Kaori Mai.

Parrish’s net worth is 1.5 million. As she is a popular model and social media influencer she will receive a lot of money from her promotions and posts in the platforms. Her husband Hart has a net worth of $200 million. He is a popular comedian and actor.

However, the relationship between Eniko Hart and Kevin has had its own problems. A particular report stated that in 2017, Kevin cheated on his wife with a model. At that time, Eniko was pregnant. He even admitted that on Kevin Hart: Don’t F**k This Up, which is a Netflix documentary series. He even stated that he told his children about this act of cheating. However, Eniko has given him a second chance and they are still together.

Also read: A Buzz of TikTok Who Pushed Hakeem Masoud into the Limelight