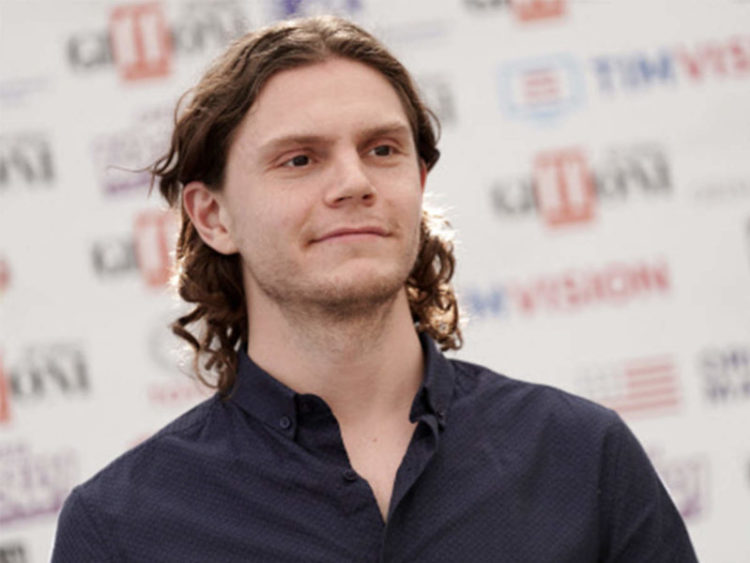 Evan Thomas peter is an American actor. He is best known for his portrayal of the mutant Quicksilver in the X-Men franchise. The part was not only his acting debut, but it also garnered him a Best Breakthrough Performance award at the Phoenix Film Festival. Peters became a familiar figure in a number of tv shows after that. He was born on January 20, 1987 and his zodiac sign is Aqaurius.

He has also appeared in commercials for ‘Sony PlayStation,’ ‘Progressive Insurance,’ ‘Moviefone,’ ‘Papa John’s Pizza,’ and ‘The Kellogg Company,’ among others. In 2011, he began appearing in ‘American Horror Story,’ an anthology horror TV series, which can be considered his most significant work to date.’ His work in the series has been praised, and he has received nominations for several awards.

Evan Peters was born to Julie and Phil Peters in St. Louis, Missouri, United States. He has two siblings: a paternal half-sister named Michelle and a brother named Andrew. ‘Grand Blanc Community High School’ was Peters’ first high school. Soon after, he relocated to Los Angeles in order to pursue a career as an actor. He then enrolled in ‘Burbank High School,’ but dropped out and began homeschooling.

His work in the History of Hollywood

Evan Peters made his acting debut in the 2004 film ‘Clipping Adam.’ His outstanding performance earned him the ‘Best Breakthrough Performance’ prize at the ‘Phoenix Film Festival. He starred in Joe Nussbaum’s teen picture ‘Sleepover,’ which was released in 2004. He played ‘Russell Hayes,’ a character in the film who has a crush on the main character and seeks to make her fall in love with him.

His Best Work Till Date

Evan Peters in the popular horror anthology series “American Horror Story” is the most important work of his career. Although the series also starred several other popular actors, including Connie Britton, Dylan McDermott, Zachary Quinto, Sarah Paulson and Tessa Farminga , But only three actors appeared in eight of the nine seasons, and Peters was one of them. Each season will show a different story. The show was first aired on the FX network in October 2011.

Evan Peters appeared in the 2015 American drama “Safety Light”, which is one of the few major movies in his career. The film premiered at the “Nashville Film Festival” on April 17, 2015. The story takes place in the 1970s and mainly tells the life of the high school student “Charles” played by Peters and the prostitute “Vickie” . Portrayed by Temple.

The central theme of the story is a meeting between President Richard Nixon and singer Elvis Presley in December 1970. Unfortunately, the film did not do well in business.

Evan Peters won his first award for “Best Breakthrough Performance” for his debut film “Clipping Adam” at the 2004 “Phoenix Film Festival”. He was nominated for the “Young Artist Award” for his role in the 2004 movie “Sleepover”.

Evan Peters is currently single after breaking up with Halsey

Evan Peters dated singer-songwriter Halsey. The two first formed a romantic relationship in September 2019 after being witnessed on a trip to Six Flags Magic Mountain in Valencia, California. The following month, they first appeared in front of the public at the American Horror Story’s 100-episode party. Halsey was very fond of the actor. In 2012, she jokingly tweeted about him and his American Horror Story character’s favourites.

The pair looked strong for a while, and on his birthday she tweeted that a world without him couldn’t be imagined. Evan also went on a trip with the singer. Halsey did, however, remove all of her and Evan’s photos from her Instagram account.

Fans immediately think of his on-again, off-again relationship with Emma Roberts when it comes to relationships. Let’s go through Evan’s dating history.

“I’m simply bashful. I’m not very good at dating,” he said in a Cosmopolitan interview. It’s odd to believe that a major star and absolute cutie like Evan would have such a small dating history. However, it appears that he values quality over quantity, which is fine!

Evan Peters and Emma Roberts had a tumultuous romance

Evan Peters and Emma Roberts first met in February 2012 while working on the film Adult World. Despite their feelings for each other, they did not date during the making of the film. They started dating in the summer of 2012, and Evan proposed to her during the holidays in 2013 with a pink and gold diamond ring.

Evan Peters had a brief relationship with actress Alexia Quinn

Evan and Alexia met in 2011 while working on the play Living at Home and began dating soon after. Alexia was by his side while he celebrated his birthday in a Las Vegas nightclub in January 2012. When Evan began filming Adult Word, the couple split up not long after.

Evan and Pixie hooked up. People revealed that the two were dating after they were pictured kissing at Coachella. Sadly, the couple divorced in 2011.

Evan has been linked to Alex Breckenridge (Moira O’Hara) from American Horror Story, but that was back in 2007. Before they both acted on American Horror Story: Murder House in 2011, the two supposedly dated from 2007 to 2010. They had never been photographed kissing in public, yet there is a photograph of her kissing him.

When it comes to Evan’s love life, one thing is certain: the actor is no stranger to having his affairs in the spotlight. Evan Peters 34-year-old is single. But with those good looks, it will not last long.

You may also like: Who is Matt Kaplan? His Personal Life and Career Details