Some Unknown Facts of TLC’s Welcome to Plathville 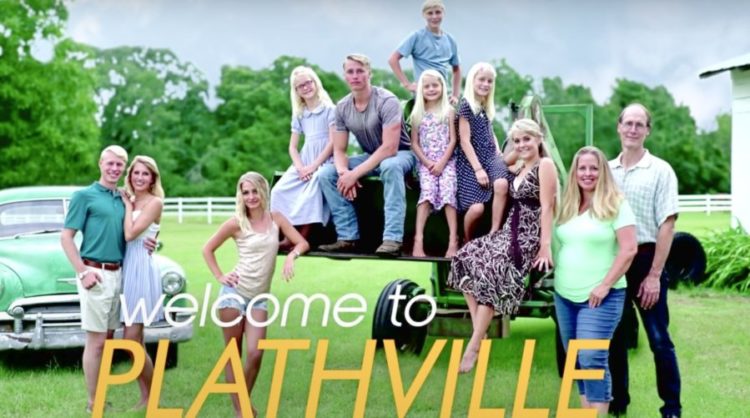 Fans are probably aware of TLC’s show ‘Welcome to Plathville’. Moreover, we know that TLC focuses on tv shows where religious and conservative people are seen as alien to the eyes of the outsiders. In addition, they focus on the traditional and strict lifestyle worldviews in their reality shows. Therefore, the Plath family of the show ‘Welcome to Plathville’ also shares the same.

The show throws light on the lives of Barry Plath and Kim Plath and their nine children. They estranged themselves from the glamour and dazzle of the town. Therefore, they live on a farm near rural Georgia. In fact, Barry Plath says in the premiere, “We’ve structured our lifestyle here so that we can retreat to our piece of heaven on earth.” Furthermore, with ‘limited technology’ and ‘limited computers’, they are truly trying to find peace in this land.

In this article, we will discuss some interesting facts about ‘Welcome to Plathvile’.

An Irreversible Tragedy of the Stars in Welcome to Plathville

Did you know that Barry and Kim Plath lost their 17-month-old son, Joshua in an accident? It all happened back in 2008 when Kim Plath was transplanting fruit trees. So, during that time, Joshua was in tow. Thereafter, having seen that Joshua was away from the vehicle, she went to plant the next tree, and then she realized that she ran over her 17 month-old sons.

It was a very dark phase for her, as she completely lost her sense of self. Moreover, if anybody recalled the name of Joshua, she had to leave the room. However, she said that God helped her to heal through the pain gradually.

Well, that’s a shocker, isn’t it? While it’s true that her parents raised her in a religious environment, Olivia doesn’t believe that much in the religious path her parents and family undertake. Moreover, she feels that her upbringing was not as restrictive as that of her husband Ethan Plath. In fact, the difference in their worldviews shocked Olivia.

Therefore, she wanted to break free from the shackles of the traditions. Therefore, her strict abhorrence against the staunch rules of religion made it difficult for her.

In addition, there was a fan post on Facebook in June 2019. There, Olivia wrote that she doesn’t like fundamentalist movements and the legalistic approaches towards Christianity. She believes that it’s our own perception and own worldview which decide our individuality. Therefore, she feels as if people are ‘theological robots’ if they talk and think the same way.

The Stars Have a Connection to Another Family

Well, viewers might know that from the very first episode, it was crystal clear that Moria wasn’t like the rest of the family members. In fact, when people asked Barry and Kim Plath to describe their daughter Moria, they didn’t say anything for a while. It was like they tried to avoid the question. However, eventually, Kim answered the question. He pointed out that she’s a bit different from the rest.

It’s true that Moria doesn’t like the proper stances that her family has prescribed. However, she believes that she’s different. In fact, it’s true as she is more comfortable on the camera than the rest.

Also, there’s another reason for it: this is not the first time she’s in front of the camera. So, she made her acting debut back in 2018 in the film ‘You Should Be THERE’. There, Moria acts the role of Brittany, who had a bad relationship with her father.

So, these were some interesting facts about the Plath family. There’s no doubt that TLC offers wonderful reality shows. Therefore, it’s quite understandable to find the curiosity of the fans regarding the life of the Plath family from ‘Welcome to Plathville’.

Also read: What We Know About 7 Little Johnstons