What We Know About 7 Little Johnstons 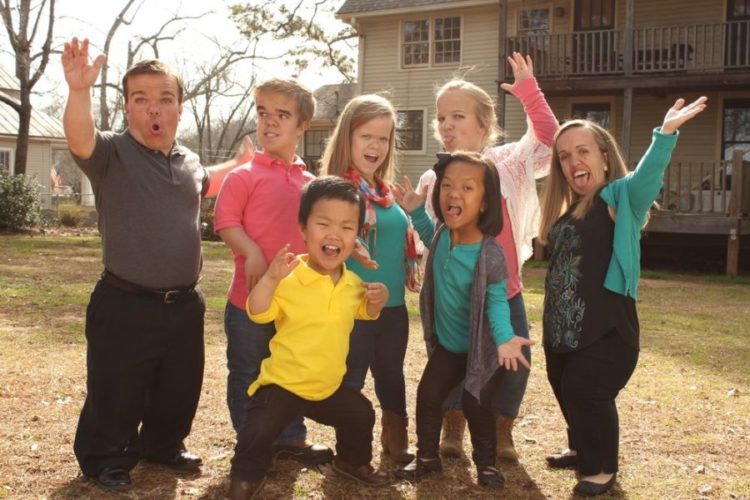 People have a certain fondness for the TLC Shows, and when it comes to the American reality TV series ‘7 Little Johnstons’, it’s true that TLC has done a remarkably good job. So, what’s it all about? Well, the show is about a seven-member family of Johnstons. In fact, they call themselves ‘the real-life seven dwarfs’. The show started around 2015 and is still going strong as TLC announced on 23rd November 2020 that there will be an eighth season to the series.

In this article, we will discuss some interesting facts and details of 7 little Johnstons. So, give it a read if you want to learn more about the stars.

Where are 7 little Johnstons from?

So, are you curious to know where 7 little Johnstons live? Well, they are a happy family who lives in the small town of Forsyth in Georgia. Moreover, they live and work on the rural side of Georgia. In fact, they have built their own house to live in. As they have achondroplasia, they tried to build their home house according to their own specifications.

How Old Are 7 Little Johnstons?

So, before we tell you about their age, let’s check out the Johnstons. Well, it’s a happy family of Johnstons. Trent Johnston and Amber Johnston live in Georgia with their five children, Jonah, Elizabeth, Emma, Alex, Anna.

Furthermore, the oldest son of the family is Jonah Johnstons, who is currently around 20 years old and he will celebrate his birthday in December. Then, we have Anna Johnston, who recently had her birthday on 7th May. She is currently 21 years old now. Moreover, she is also a college student now. However, things are now on hold due to covid restrictions.

Next, we have Elizabeth Johnstons who’s now 18 years old. So, she will celebrate her 19th birthday this year with the family. In fact, she’s now a high school graduate according to the sources.

Finally, we have both Emma and Alex, who are both 14 years old now. So, they are the younger people of the family. However, fans are really excited to see their growth. They have their birthday in November.

Well, did you know that Trent grew up with little people too? Well, it wasn’t safe for Amber though because she was the only one who was a dwarf in the family. Therefore, she alone had achondroplasia in the family, which consisted of five.

However, she said that it didn’t matter at all, as she always had the support of her family members. They never once let her feel that the show was different.

A Little Bit on The Furnitures of 7 Little Johnstons House

Well, while it’s true to think that they might make custom furniture for their home, it’s not at all true. In fact, Trent and Amber felt that it was better to use average-sized furniture. Yes, it can be a bit difficult for them, however, they felt the need to teach their children that everything’s not so comfortable in life.

Therefore, the counters are also average size. Hence they use tools to get their things. While it’s true that kids of the family like to use smaller furniture, the parents thought that they would like it in the long run.

A Bit on Elizabeth And Her Boyfriend

In season 7th, people probably remember that Elizabeth mentioned something about her boyfriend, Brice bolden. So, fans will like to know that they are still going strong.

Moreover, Brice’s average height doesn’t create a problem between the lovers. So, they are really happy together. Even on Instagram, they posted some really lovely pictures and comments about their relationship.

Well, did you know that before doing 7 Little Johnstons, they were together since high school? In fact, they were love birds since the high school period. Moreover, they met at an American convention. Furthermore, they met each other after that several times.

Their first encounter was a surreal experience for Trent, as he said that he met a gorgeous girl with blonde hair and blue eyes. In fact, Amber also thought that Trent was a very attractive person with a very funny personality. It’s really lovely how far they have come on their journey together.

So, guys, this was some interesting information on 7 Little Johnstons. It’s a really amazing reality show and we hope that you liked this Infos on them.