Why Did The Falcons Trade Matt Ryan to Colts & Signed Marcus Mariota to Start a New Era? 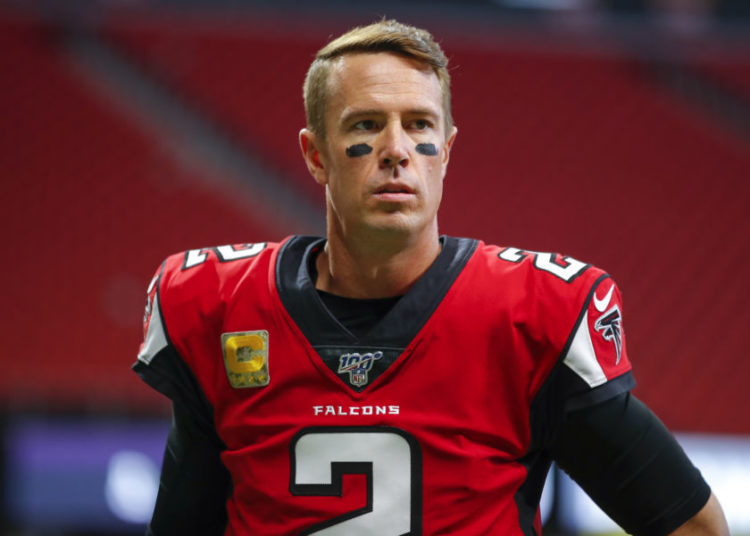 Do you regularly watch the matches of the National Football League? Well, then, you must have heard about the recent major change in Atlanta Falcons. A few days back, suddenly, the Falcons made a statement that Marcus Mariota would be replacing the famous Matt Ryan. In fact, the Falcons traded Ryan to Colts. Since then, the news has remained trending on social media platforms.

However, what is the actual reason behind this sudden change? Are you curious to know about it? Stay with us until the end if you want to know all the detail about this significant issue. Let’s get started!

Some of the Aspects Concerning the Sudden Replacement

Even though we often hear the news when authorities trade players from one team to another, this sudden change makes us wonder about the actual reason. The Falcons traded a proficient quarterback like Matt Ryan to the Colts, as we mentioned earlier. In fact, they announced that they would send Ryan to Indy for a third-round pick in the 2022 NFL Draft.

Furthermore, soon after that, the Falcons made a statement regarding the signing of Marcus Mariota. This had brought together the former Titans and Raiders quarterback under a contract of two years. However, what was the actual reason for the Falcons to bid adieu to one of their most important players? Let us discuss it down below.

What was the Real Story Behind the Falcons Replacing Matt Ryan By Marcus Mariota?

Many of our readers are probably have this question on their minds and, therefore, trying to seek the answer. You are at the right place, as we will share all the relevant details about the same here. As per the sources, Ryan did not ask for a new contract with the Falcons. Instead, he wanted to leave the team. In fact, the Falcons had given a deadline for a $7.5 million roster bonus on Ryan’s contract. However, the authorities delayed the deadline, which was on Friday, as the team attempted to trade for Deshaun Watson. You can also look at this video to get an idea

According to the general manager of Falcons, they always focus on making changes that would improve their organization and make it more glorious. In fact, he also added that they believe that this agreement is the best long-term decision, both for Matt and the Falcons. He had ended his speech by wishing luck and sending best wishes to both Matt and his family.

So much fun playing this last year w @LeeSmith. Tough as they come and an unreal teammate. Wishing you the best in this next chapter. Congrats on a great career. pic.twitter.com/ekRn32PpES

Is the Decision a Wise One?

Many fans might be in a doubtful state regarding whether this decision is indeed a wise one. This is because Ryan was playing for the Falcons for quite some time now. In fact, he was one of their best players. Therefore, whether this major change is going to have a positive or negative impact, only time can tell. You can have a look at the fan reaction videos over here

However, as per the views of the experts, this decision has some long-term benefits indeed. Firstly, Ryan’s age is one of the significant aspects of the team. Since he is nearing his 40s, it might be difficult to perform well in the next two years.

At the same time, Ryan’s salary would be a lot on the payroll over the next two seasons at $23.75 and $28 million. However, now the Falcons will have $40.525 million in dead cap space for him, but they will be off the hook for his deal. Through that, the Falcons managed to save more than $9 million. These savings will help them pay for the two-year contract with Mariota.

In fact, bringing in Mariota is one of the masterstrokes by the Falcons to maintain their victorious routine. Mariota would be acting as a bridge for Atlanta for their upcoming matches. Since he has already worked with coach Arthur Smith in Tennessee in Las Vegas, it will probably help him to perform better.

So as we conclude, we can say that this sudden change in Falcons is indeed going to have a lasting impact on the team. We are yet to see how the recent addition, Mariota performs here and how does Ryan adjusts to his new team.