12 Famous Person Who got Fame after Death 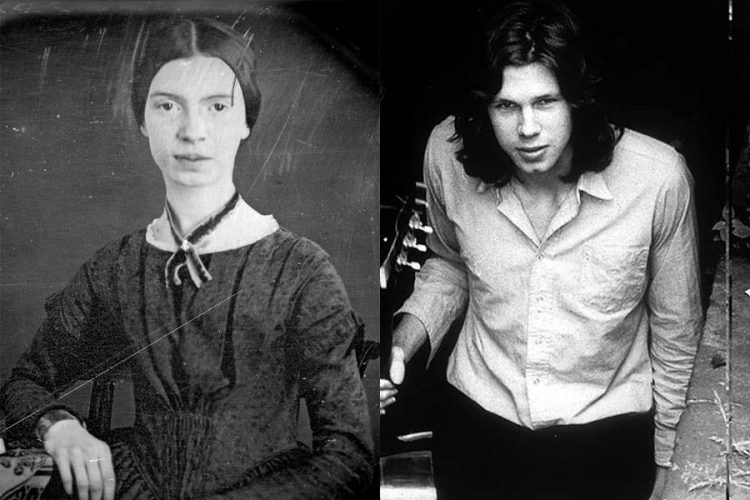 Many talented people in history did not become famous when they were alive. But after their death, many people noticed their achievements and they became famous. Unfortunately, they did not get the fame and name when they were alive. Yet it has happened to many well-known people. Here you will know the details of 12 Famous Persons who became famous after their death. When these people lived they were scorned and made fun of because of their creations and ideas. We can only say that they were very much ahead of their time. That is why these people have got the recognition they deserve many years after their death. Have a look at the list here.

He is a composer who lived from 1685 to 1750. Although he got recognition for his talents when he was alive as an organist, he did not become famous as a composer. In his lifetime, only a few of his works got published. But after his death, he got fame for his composing skills. Now he is regarded as the major composers of the Baroque period.

This famous personality lived from 1853-1890. He is a Dutch-born post-impressionist painter. But his works became famous only after his death. He struggled with mental illness during his lifetime that kept him away from all the fame he would have got in his lifetime. Also, he remained poor as he was not able to earn money. In his lifetime he sold his painting “Portrait of Dr Gachet” for $82.5 million but now it is one of the sixth most expensive paintings in the world. The cost of the painting now is $148.6 million.

Nick Drake was not that much famous during the 1960s and 1970s for his folk music career. Because of his shyness, he did not perform his great songs on the stage. Then he fell into a deep depression because of not getting noticed. Then he committed suicide in 1974. But after his death, his music started to get more fame. Many people started to appreciate his music. His song called Pink Moon got introduced that sold 2 million albums.

Emily Dickinson is a great poet in English literature. But she was a shy woman. Also, she was against the idea of getting her poems published. But after her death her sister and her friends published them. Many people were able to connect with the feelings of Dickinson in her poem. That is why she is one of the best poets and many films are made about her life.

Everybody likes Bruce Lee. Surely, he was famous before his death. But only after his death people took more notice of his inspirational speeches and talents. He became a legend and got fame after death. He made martial arts famous in Hollywood. Many stars like Jackie Chan and Jet Lee consider him their idol.

He is an Austrian Born scientist who invented the basic principles of heredity. He did his experiments in the monastery garden. But his law of Segregation and the Law of Independent Assortment was underappreciated in his time. Many people were not able to understand his genius. Therefore, he did not get recognition when he was alive. But after his death, people understood his laws. It became the foundation principle of biology.

He is an American-born writer who received early success in his lifetime. But he did not get the financial success he wanted. Then by 1876 all of his books became out of print. After that, he left writing. During the 1920s his books received renewed attention. Now his novel Moby Dick is one of the marvels of literature.

We know Henry David Thoreau as the writer of the famous novel Walden. But his political writings had only less success during his lifetime. Also, he never made a lot of money. Then three decades after his death, Henry Stephens Salt wrote a book about Thoreau. This brought Walden to public notice. Many leaders in politics have read his book for inspiration.

He is a famed Dutch artist who did not get enough notice in her lifetime. He drew paintings of domestic life. Also, he had eleven children and it was hard for him to support his family. Then he died because of financial pressure. In the nineteenth-century people took notice of his paintings and he became a famous artist.

In his lifetime Wood was considered the worst director for his movies like The Room, Plan 9 From Outer Space and more. But now many people watch his bad movies to have fun. That is why the director has become famous after his death. Many stars like Tim Burton and Johnny Depp appreciate his films.

Franz Kafka was an artist who did not want his works to be made public. That is why during his lifetime he did not get the attention he deserved. But after his death, his friends read all of his novels and published him. Now it is influencing lots of people.

Many people ignored the arts and sculptures of Gauguin when he was alive. But now after many centuries, people are appreciating his art. His arts were not preferred by people as they were not able to understand them. This is because the artists drew human bodies and other matters differently. Now his paintings are expensive pieces in museums.

These are the twelve famous people who got fame after death. Their success cannot be measured. They teach a lesson to us that we have to appreciate when people display their talents.