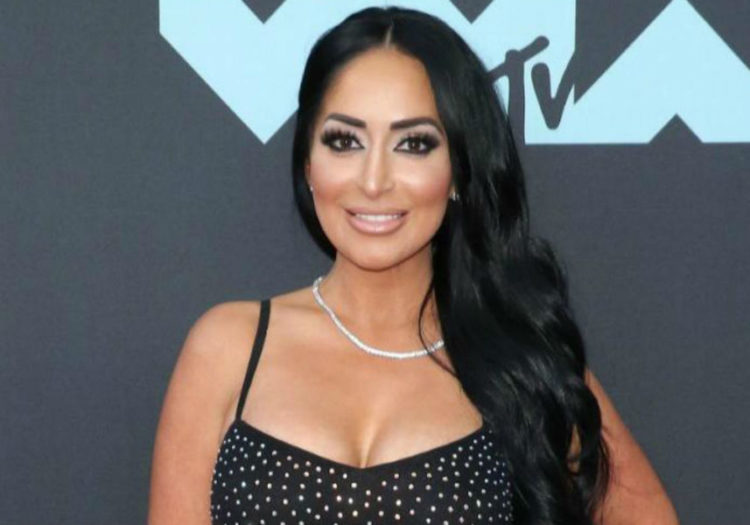 Are you a Jersey Shore fan? Well, then, Angelina Pivarnick’s new look must have shocked you massively, right? In fact, the cast banded together to revolt against MTV announcing a Jersey Shore reboot show with an all-new cast. So as a fan, you must be equally curious to know more about the matter. Needless to say, Angelina Pivarnick is one of those celebrities who has won our hearts by starring in the first two seasons of the MTV reality show Jersey Shore and its spin-off.

So would you like to know more exciting details about Angelina? Stay with us until the end if you are curious to know about the new look of the celebrity. We will also share some fascinating details about the popular show “Jersey Shore.” Let us have a quick glance!

Many of you must have already watched the popular reality show Jersey Shore on MTV. Let us share some of the significant details of the show. This series ran from December 3, 2009, to December 20, 2012, in the United States. In the first, third, fifth, and sixth seasons, Jersey Shore showed the lives of eight housemates at a vacation home in Seaside Heights, New Jersey. However, they had chosen South Beach, Florida, and Florence, Italy, as their locations for the rest of the seasons.

Even though the show started amidst controversy regarding its use of the terms “Guida or Guidette.” At the same time, controversies were endless with its portrayal of Italian-Americans and allegations of perpetuating stereotypes, along with the criticism from the locals that the cast were not residents of the area. Despite all these issues, the show became a pop culture phenomenon.

In fact, there were classes and conferences about the show in universities. Furthermore, the journalists had listed it as one of the most notable shows of that time. So after the success of the show, it also came with a spin-off. In fact, the franchise came up with several adaptations in other countries. Yes, it became famous internationally.

Moreover, on August 20, 2017, a one-off television special called Reunion Road Trip: Return to the Jersey Shore aired on the E! Network. At the same time, MTV also announced that the cast would be reuniting in Miami, Florida, for a new reunion series, “Jersey Shore: Family Vacation.”

Also read: Learn Why Joe Storms Out of RHONJ: Did He Have A Fight with Sister Teresa?

A few days back, Angelina Pivanick shared a photo of herself posing in front of a large pool. She had posted a se*y snap in Miami, and according to her caption, she wanted to go back to Miami. However, people think that Pivanick photoshopped her pics once again. She is facing a backlash because fans think that she has heavily edited it as something was slightly off about Angelina’s legs. But some of them were also complimenting her looks.

For instance, a user commented while noting the strange bend in the Staten Island native’s leg at the ankle, “What’s wrong with your foot? It looks like you broke it?” Meanwhile, another one commented, “Girl, what’s wrong with your legs?” Similar comments started pouring in as soon as she posted her pic in a bikini beside the swimming pool.

Some of them were also pretty hurtful, “We know what you look like; why are you photoshopping so hard?” Probably, she is habituated to these comments, as this is not the first time she has been facing a backlash for her photos.

How Did Angelina Respond?

The lives of celebrities are not at all easy. A minor mistake can make them face severe backlash and bashing from their fans and anti-fans. Therefore, they should always remain cautious. Even if there is an issue, they have to stay calm and handle it tactfully so that it does not give rise to other problems. Well, this is what happened when Angelina responded.

If you follow her profile on Instagram, you will know that she had responded to “jerkoffs” prior to this incident, who accused her of altering her images. She had also shared a photo of herself posing on a rooftop with the New York City skyline as the backdrop. The reality star wore short jean shorts, a black crop top, knee-high boots, and a red sparkly clutch in this pic. She let her long dark locks flow down as she smiled at the camera.

In addition, the 35-year-old added the caption, “No filter needed,” in big letters and a small message for her critics. “For anyone that says all I do is filter my pics, this one is for you ‘jerkoff.’ I do it because I want to, not because I have to. Keep hating,” she said. At the same time, she also added the song “Obsessed by Mariah Carey” to her post, letting it play in the background. So you can well understand that she handled the situation quite cleverly.

Controversies do not seem to leave Angelina Pivarnick. In September 2021, netizens slammed the celebrity for “photoshopping herself” to look like Kardashian. The criticisms started pouring in after she uploaded a photo while posing with a V-neck body-hugging dress showing ample cleavage.

She had kept her hair tied half-up, half-down style and had her face made up with smokey eyes, dark brows, and glossy lips. Moreover, Jersey Shore fans on Reddit said she looked great. However, they slammed her for using too much “photoshop” to make her look like Kardashian.

Many of her fans thought this was probably a new picture that Kim had posted. So they did not spare Angelina from bashing her on social media platforms. There were even comments where the users asked her if she was getting plastic surgery to look like her. Moreover, one of the fans also said it looks like she has copy-pasted Kim’s face on her to look like her.

So as we conclude, we can say that the Jersey Shore star Angelina Pivarnick might be a popular celebrity; still, she is not spared from the backlash. Leading a life as a celebrity is indeed tough. We always see the glamorous aspects of their lives but fail to realize that thousands of people are constantly critiquing their one action.