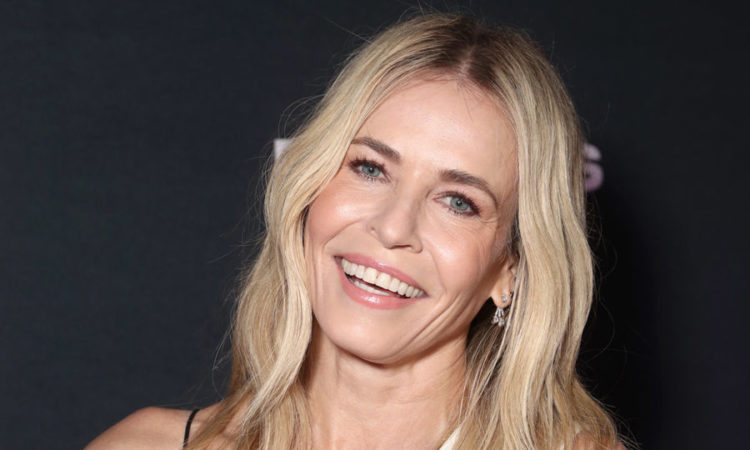 Comedians always hold a special position in the showbiz world. This is because of their power to keep the audience entertained. So whenever we talk about comedians, the first name that comes to our mind in terms of popularity is Chelsea Handler. You must have watched her show “Chelsea Does” on Netflix, right? Yes, she is pretty popular as a stand-up comedian. Besides being a comedian, she is an actress, writer, television host, and producer.

However, why are we discussing Chelsea Handler all of a sudden? Well, it is mainly due to her personal life. If you are a fan of hers, you will know that Chelsea and Jo Koy confirmed their relationship in September 2021. In fact, prior to Koy, Chelsea did not have a positive outlook on love. Moreover, she often relished being single.

However, she is pretty serious about this present relationship of hers. She also feels that her audience may be apprehensive about finding love themselves. So she does not want to ruin her relationship in any way. Let us discuss some of the significant aspects of her personal life in this article. At the same time, we will also let you know why the comedian does not have marriage on her cards anytime soon.

Who Is Chelsea Handler?

Even though this celebrity needs no separate introduction, we will share some of the significant details about her life and career. Chelsea Joy Handler was born on February 25th, 1975, in Livingston, New Jersey, in the United States. Therefore, she is presently 47 years old. She was the youngest of six children of Rita, a homemaker, and Seymour Handler, a used-car dealer.

Since her mother was diagnosed with breast cancer, she lost her mother at a young age. After that, her relatives raised her as a Reform Jew and, therefore, also had a Bar Mitzvah ceremony. She graduated from Livingston High School. As per the sources, at the age of 19, she moved from New Jersey to Los Angeles. Here she lived in her aunt’s home in Bel Air. In fact, during this time, she started pursuing her dream career as an actress while working as a waitress to support herself. At the age of 21, Handler decided to pursue stand-up comedy.

Besides being a famous comedian, we have also seen her in movies. She is also a writer, TV host, and producer. Moreover, she has also hosted Chelsea Lately’s popular late-night show on the E! Network from 2007 to 2014. In addition, Chelsea also hosted the talk show “Chelsea Does” on Netflix in January 2016. This took her career to new heights. In 2012, Times named Handler one of the 100 most influential people in the world on its annual Times 100 list. It was indeed a big achievement for her.

What Is Handler’s Stance On Marriage?

There is no doubt that Chelsea Handler is a famous celebrity; however, just like her successful career, her fans also want her to be happy with the love of her life. However, Chelsea does not have marriage on her mind. In fact, her stance has been the same since she started dating Jo Koy.

She says in an interview, “I don’t know that I’m the marrying kind. I feel like, who knows, I doubt it, but usually when I say I’m not going to do something. I end up doing it like the next weekend, so I’m not going to say that anymore.” Well, different people have different views about marriage, so there is nothing unnatural about it.

Needless to say, Chelsea’s mindset now is a far cry from what it used to be. While speaking to the actress Gwyneth Paltrow during an episode of Live Talks Los Angeles in 2014, Chelsea shared her thoughts about marriage. She feels that she would not be able to balance her relationship and her professional life. Chelsea has never been able to do that previously, nor will she be able to in the future.

At the same time, she wants to focus on the things most important to her, “I’m a better, happier human being when I can be focused on my friends, family, and job,” she shared in an interview. Moreover, while filming her show “Chelsea Does,” she had again discussed her views on marriage. She said, “I never understood why people want to get married.” According to Chelsea, marriage always encompasses a huge wedding and reception. Moreover, it is a commitment for a lifetime.

Chelsea Is Apprehensive About Having Children

By now, you must have understood what Chelsea Handler feels about marriage. She thinks it is very difficult to remain committed to one person for your entire lifetime. However, if one wants that, they can just have a great relationship without marriage. So what are her views about having children? Let us share with you the details.

So despite being more open to marriage than she was in 2014, Handler is still a little apprehensive about the prospect. Therefore, while answering fan questions on Instagram in September 2021, she shared her views about having children. “I have never felt more confident and secure in my life decision-making skills, in remaining childless and alone, than I have during this pandemic,” she says.

However, don’t get her wrong, it’s not that Handler does not like kids, so what is the real reason? Let us find out! Well, as per sources, Handler is worried that she will “over-correct” her parent’s mistakes. Moreover, she feels that she will become a terrible mother. She gives an instance in this regard. Even when her niece has a bad day at school, she will worry about it for the next three days. Therefore, she feels that she will be a “helicopter parent” and would drive her child crazy.

Becoming A Mother Is Something That I Take So Seriously: Chelsea Says

During an appearance at Gwyneth Paltrow’s “In goop Health Summit” in 2018, Handler highlighted the seriousness of becoming a mother. She shared that she does not think it is the best use of her time. Needless to say, when you are a mother, there are thousands of responsibilities that you have to handle. At the same time, you will be exhausted both physically and mentally after managing all the work and balancing your life.

She also feels that becoming a mother is one of the toughest jobs for a woman and something they would cherish forever. However, you must become a mother only when you are completely ready, both mentally and physically. This will ensure your child does not feel neglected.

What Is Chelsea Handler Doing Now?

Chelsea Handler is presently hospitalized because of COVID 19. In fact, she herself announced on social media. She also apologized to fans from her hospital bed for postponing some of her fan meets and show dates.

Chelsea is doing fine now; however, she had to reschedule some of her shows. She also jokingly shared that she is just suffering from the virus and is not pregnant. Due to this, her shows in Portland, Eugene, Oregon, will be held some other time. We hope she gets better soon.

So as we conclude, we can say that Chelsea Handler is presently one of the most famous celebrities in the Hollywood film industry. It is quite natural that different people will have different views regarding marriage, motherhood, and such issues. So we can never generalize people on the basis of their opinions. Chelsea is highly successful as a comedian; she might have her own opinions and reasons for not thinking about marriage. As fans, we should always stay beside her and support her instead of criticizing her.

Also Read: Learn Why Farrah Abraham Faces Backlash after Her Post on TikTok