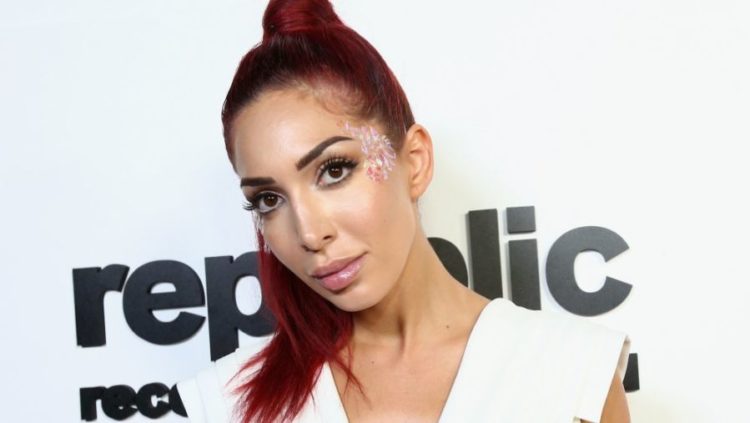 Are you an avid TikTok user? So you must have seen that the famous “Teen Mom OG” Farrah Abraham has posted a new TikTok video where she has featured her pets that has presently got the social media users talking. Needless to say, she has faced a lot of backlashes. However, what might have been the reason for such serious issues? Well, that is what we will discuss in today’s blog. So if you want to have an idea regarding it, stay with us until the end.

Who is Farrah Abraham?

There are very few people who have not heard about this social media personality Farrah Abraham. However, we will share with you some of the relevant details about this celebrity so that all those hearing her name for the first time might also have an idea about how she is. Yes, you guessed it right, she is an American reality television personality, singer, po*nographic actress, and writer.

In fact, she had received public attention after being cast in the reality television series 16 and Pregnant. However, recently she has made the headlines due to some other reason. Would you like to know about it? As per the sources, Abraham has brought a Versace dog collar and leash, which retails for $725.

At the same time, she also teased her followers, saying she was unsure which of her puppies would be lucky enough to wear the designer piece. So you can indeed guess that it was due to her controversial post that she faced backlash from her fans.

What was the Controversy all About?

Celebrities often make the headlines due to other reasons; it can be either due to their performances or other controversies. Well, it is the latter with Farrah Abraham. Her fans are, in fact, heavily criticizing her for her TikTok post.

According to her, she is not playing favorites, but Cupcake or Billionaire will be wearing the black leather collar embellished with gold studs. In fact, she jokingly added, “Versace dog collar life, let’s get it on them.”

In fact, she also showed the two white fluffy pups excitedly looking up at her while she unpackaged the Versace collar and leash. Among all the other furry babies, Cupcake was the one who got to wear the fancy neckband. “She’s ready to Versace this out,” she said. “Love the collar girl.”

Needless to say, Abraham’s post garnered hundreds of responses from fans on TikTok. Meanwhile, some people on TikTok praised Abraham and told her she and her pets were “beautiful,” while others took the opportunity to dig at the mother-of-one.

In fact, on Reddit, some people also joked about Abraham using the money she garnered from her OnlyFans to pay for the designer item. One of them had jokingly said, “That’s probably three farts in a jar to her.”

Meanwhile, others took the opportunity to make jokes at Abraham’s expense. “Is that what she’s gonna wear in the sequel to ‘Backdoor Teen Mom’?” This comment was in reference to Abraham’s intimate video clip from 2013 with embattled A. star James Deen.  Some others have also commented that the pets look like her mother while referring to Debra Danielsen. So you can well understand the mixed response of her fans.

Needless to say, Rumors swirled in January that Abraham was selling her feces in a jar. However, the “Teen Mom OG” alum says it was all a joke. Moreover, the MTV personality announced her dream to become a standup comedian and told Howie Mandel on his podcast that “selling poop in a jar” was just one of her gags.

In fact, she also said on an episode of Howie Mandel Does Stuff. “Look how good my comedy was; they ran with it. They were like, ‘I wanna bathe in it.’ However, later on, she tackled everything.

So as we conclude, we can say that Farrah Abraham is one of the most popular celebrities in the Hollywood film industry. Presently, she is making the headlines due to her controversial post. We hope she remains careful in the future not to ruin her reputation.

Also read: Who is Ppcocaine? All About ‘TikTok Rapper’ Lilliane Catherine Diomi