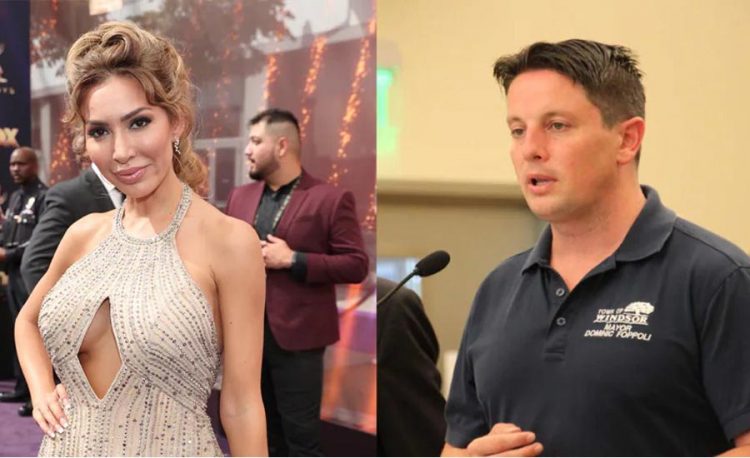 There is shocking news about a sexual assault case from California. The former Teen Mom star Farrah Abraham has publicly revealed her plight to the media. She accused an elected official of sexual assault. The accused is none other than the mayor of California Dominic Foppoli. The many charges against the mayor first resurfaced some weeks ago. But the major objected to all the allegations and denied them. Along with Farrah Abraham, many other women accused the mayor of Sexual Assault. After the recent allegation, the major officially resigned from his post on Friday.

In his resignation letter, he shared a few of his thoughts. He said that he is resigning with a heavy heart. But he maintains his stance as he has not engaged in any sexual assault. He also particularly called out on Farrah Abraham. He claimed that she is fabricating lies to get free publicity. Yet he did not mention her name but talked about her indirectly. The mayor shared that the woman from Palm Beach, Florida has started to accuse him after she learnt about the April 8, 2021, San Francisco Chronicle story.

So he said that Abraham is manipulating the situation for her own advantage. That is why there are lots of talks going on about this case in the media. You can find all the details about Farrah Abraham Sexual Assault case here.

Farrah Abraham revealed that Dominic Foppoli assaulted her when he came to Palm Beach. But Foppoli is very convinced that Abraham got wind of the first allegation and is now accusing him to get publicity. He says that it is serious because she is using the old allegation to her advantage. But the attorney of Abraham has denied all the claims made by Foppoli. The attorney’s name is Spencer Kuvin and he says that Abraham has all the receipts as evidence to prove her allegations.

Also, he continued that she has the physical proof. Then he said that it is a felony territory. As Abraham is the ninth woman to accuse Foppoli of the sexual allegation he has decided to resign.

The former mayor announced his resignation in a written statement.  But he did not accept all the allegations made against him in the previous years. According to him, Abraham’s allegation is false as the police report got filed on April 2. But the first story was revealed on April 8. Then Abraham filed her report three days before the media confronted the major about his previous allegations. They also examined the social media posts of both Foppoli and Abraham and found out that they had been in Palm Beach during mid-March.

The birth date of the star is May 31, 1991, and she hails from Omaha, Nebraska. She became pregnant during her teens so she appeared in the show that revealed her story. During that time, she did not get any support from her family. Many of her family members called her a whore.

Further, the father of her child is Derek Underwood. But she experienced a tragic loss when he died in a motorbike accident in 2008. He was not even able to meet his daughter as she was born two months after his death. Then as a single mom, Abraham appeared in many shows and became famous.

Farrah Abraham has come across many difficult situations in her life. Also, she has got involved in many controversies too. Her allegation about the mayor is still unclear so we have to wait for the results of this case.

Also read: Who was Johnny Michael Allen? Why did Cyntoia Brown Long Shot Him?

Why is Andar Bahar Becoming So Popular?