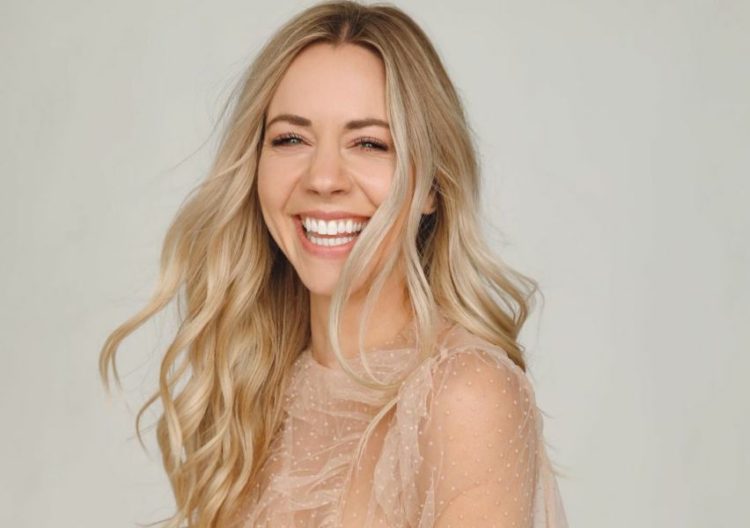 If you have watched the 90s shows Blossom and Brotherly Love, there is no doubt that you will know who Joey Lawrence is. Needless to say, this handsome hunk has been a popular face during the late 90s and early 2000s. So when there is any news regarding him, the fans will indeed be eager to know about it in detail.

Now you must be wondering why we are discussing him suddenly. If you are active on social media platforms, you will know that the 90s hunk Joey Lawrence has married his third wife, Samantha Cope, in a beautiful wedding ceremony. However, who is this, Samantha Cope? Stay with us until the end if you want to know some fascinating details about the pretty celebrity.

A Short Bio on Samantha Cope: Where did She Spend Her Childhood Days?

Many of you who are crazy fans of Joey Lawrence must have already seen his post on social media platforms that he tied the knot with the beautiful Samantha Cope. Let us share with you some of the details regarding her life. Samantha Cope was born on Tues, May 5th, 1987, to a quaint Christian family. In fact, Cope spent most of her childhood days in Salt Lake City, Utah. Here she also attended a local private school.

You must have understood that the celebrity spouse prefers to keep her family out of the limelight. Therefore, she has chosen not to reveal any details about her parents and siblings. So we won’t be able to provide info regarding all those aspects to our readers.

However, as per the sources, Samantha loves to spend quality time with her close-knit friend circle. In fact, from her social media posts, it seems that she is pretty close to Hallmark star Jen Lilley. You must have also seen Liley commenting with a heartwarming message on her wedding picture. Now let us read through some more exciting details of Samantha’s life.

Samantha Cope is A Famous Actress

Many of you must have already recognized her as an actress, right? Yes, she acted in various popular 90s shows like Hannah Montana, Body of Proof, and others. Like her husband Joey Lawrence, Samantha Cope also belongs to the same profession. Although Cope has not taken up many major acting roles, she had the opportunity to appear in several successful productions. In fact, her fans might also recognize Cope as Brooke from the HBO dramedy, Insecure.

Furthermore, Cope has also featured in several films, including An Organized Killer, Revenge for Daddy, and Storage Locker 181. Moreover, we have also seen Cope acting in minor roles in some high-profile television shows, including Body of Proof, NCIS, and NCIS: Los Angeles. So even though she might not be as popular as her husband in this field, she too has many fan followers.

Did Samantha and Joey Lawrence work Together in Any Show?

Yes, both of your favorite stars have worked with each other on several projects. In fact, the couple met each other for the first time on the set of My Husband’s Secret Brother; Joey and his brothers directed and produced the film.

Needless to say, Samantha has some sentimental value in the Lifetime movie. In fact, she had also uploaded a post saying how dear this film is to her. This is because it is due to this movie she met the love of her life.

Samantha Cope is A Dog Lover

Even though her professional acting takes up a significant chunk of Samantha’s time, she still manages to parent her small family of dogs. Needless to say, the self-proclaimed dog mom is incredibly passionate about caring for her canine friends. Yes, she is an ardent dog lover. It is indeed hard to find such people who care for animals to this extent.

In fact, we could see Cope’s profound love for dogs on National Dog Day. On this day, she posted a picture of herself on Instagram with the caption, “Dogs don’t care about your career status, how much money you make, or your political views. They care about how you treat them. They care that you show up for them, and in turn, they show up for you.”It was this caption that won the hearts of all the animal lovers. It shows how much she cares about these innocent creatures.

Samantha Cope is Full of Positivity

Many of you who are Samantha’s crazy fans will know that she is full of positive vibes. The posts she uploads on social media platforms are also similar. She often encourages her followers to pursue their dreams and approach life with optimism.

In one post, she writes, “Follow your heart and know that if it’s meant for you. Keep striving to live your life authentically even when you’re heavily criticized.” So you can well understand from these lines that she herself is a very positive person, and therefore, she tries to do the same with others.

Samantha And Joey: A Match Made In Heaven

If you think that the only thing the celebrity couple has in common is acting, you are wrong; both Joey and Samantha believe they share a love language. This is probably the reason why they communicate with each other so effortlessly.

In fact, a few days before their wedding, Joey gushed over his similarities with Samantha in an interview. He said that he has somebody who is highly similar to him and has the same love language, so it helps them communicate in the same way.

As per the sources, the duo tied the knot in an intimate ceremony on May 1st, 2022, at the Temecula Creek Inn in Temecula, California. In fact, all of their close friends, along with Joey’s brothers Matt and Andy, attended the ceremony. Moreover, they engaged in August 2021, a year after meeting on the set of a Lifetime movie.

Yes, you heard it right; their marriage comes from Joey Lawrence’s divorce from Chandie Yawn-Nelson. In fact, their marriage lasted for 15 long years, and they also have two daughters, Charleston and Liberty. Moreover, Joey previously married Canadian pop artist Michelle Vella between 2002 and 2005. Therefore, you can say that Samantha Cope is indeed Joey’s third wife. However, as of now, everything seems well, and the couple is head over heels in love with each other.

So as we conclude, we can say that Joey Lawrence’s wife, Samantha Cope is not only a great actress but also an amazing human being. It might have been tough for Joey to handle so many break-ups and divorces. We hope that both he and Samantha remain happy with each other forever.

Also Read: Who is Jacqueline Guzman Who was Fired for NYPD Funeral Rant?