Who is Jacqueline Guzman Who was Fired for NYPD Funeral Rant? 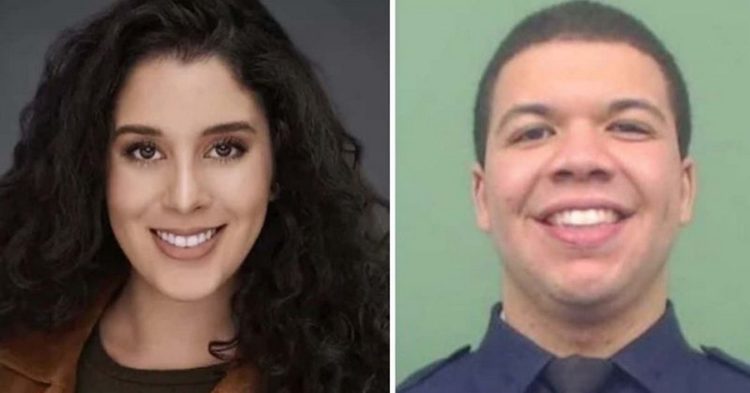 An actress named Jacqueline Guzman got a lot of hate lately because of black mouthing about the inconvenience she experienced during the funeral of slain cop Jason Rivera. Then a woman with the same name as her was also harassed and threatened by many people as many confused her with the actress. She shared about her plight on her social media accounts and asked people not to confuse her with the actress.

She said in a video “My name is Jacqueline Michelle Guzman. I am a 25-year-old gymnastics coach and a business owner”. She also clarified that her name is also Jacqueline Guzman but she is not the woman who talked bad about the cop. She tearfully shared that because of that awful video her life has turned difficult. She also asked, “Please stop targeting me and attacking me. I personally cannot handle it”. Here you can find out all the details about the issue.

What happened to the police officer?

On 24th January, Rivera a twenty-two-year-old police officer was shot dead when he was on duty. He was shot by Lashawn McNeil when he was responding to a domestic violence call in Harlem. For him, a funeral procession was conducted on the streets to honour him but an actress who found it inconvenient to travel on the street shared a comment that the officer “died for probably doing his job incorrectly.” This insensitive comment of the actress led many upset people to share their outrage.

Suddenly she got a lot of heat from the social media users for her comments. But this also led to another woman getting fired as she had the same name as the actress. Many people tagged her wrongly in hateful comments as they thought that she was actress Jacqueline Guzman who shared insensitive comments about the actress.

Who was actress Jacqueline Guzman?

Jacqueline Guzman is a Cuban-American actress who got fired for ranting bad things about the slain cop Jason Rivera’s funeral. Her theatre company fired her after she made a clip and said some insensitive comments. She said “We do not need to shut down most of Lower Manhattan because one cop died for probably doing his job incorrectly. They kill people who are under 22 every single day for no good reason and we don’t shut down the city for them,” she said in the clip.

This clip was later shared in the handle @vinylboobs and became viral on Tiktok for its negative matter. Her rants were not only insensitive but were filled with many expletives about the cop who passed away. Then after this incident, Guzman’s acting company known as Face to Face Films gave an announcement at the time of backlash that Guzman is no longer a member of their company.

The company shared this clear statement “Face to Face Films has just been made aware of an insensitive video involving one of our members, Jacqueline Guzman. Face To Face Films does not support nor can condone these comments made about fallen Officer Rivera. As a result, she is no longer a member of our company”.

I’m not usually one for the cancel culture because I enjoy watching a good train wreck but this one has Amtrak beat on how to derail. Great job #JacquelineGuzman enjoy unemployment pic.twitter.com/tiOhuTCaai

Now, most of the online information of Guzman is deleted. But according to her bio, she was working for Face To Face Films. She is from Hialeah, Florida and also spends time in New York City. Then in her high school days, she developed a passion for her acting skills. She auditioned for the drama “Almost Maine”. Also, she completed her graduation from New York’s American Academy of Dramatic Arts.

She was very active on social media and shared many videos on the TikTok app. But her post about the police funeral ruined her career and her reputation. Now she has deleted her social media accounts and many people call her a failed actress.

Who is Jacqueline Guzman from Long Island?

Jacqueline Guzman is from Long Island and her full name is Jacqueline Michelle Guzman. She is a twenty-five-year-old gymnastics coach and a business owner. Also, she is a chocolate vendor and has a TikTok account for her business along with her sister – Sister Sweets. Because of the insensitive comments of actress Guzman, Jacqueline Guzman from Long Island received lots of hate comments as many thought that she was actress Guzman.

She was not able to handle all that hatred so she made a video and shared it on social media to clarify that she was not that Guzman. Her sister Cristal Guzman also supported her by posting a video on Tiktok about the misdirected hate messages and threats.

The Guzman sisters also posted a message on Instagram to straighten the matters. They thanked their family, friends, customers and fellow business owners who supported them during the terrible time. They shared “Please do not continue to associate us with this person. We have gotten word that the girl in the video has the same first and last name as our Sister Sweets Jacqueline. We do NOT know this girl and it is NOT the same Jacqueline”.

Actress Jacqueline Guzman lost her career because of the comments she made about a matter which she did not know anything about. This shows that comments on social media have to be always respectful.