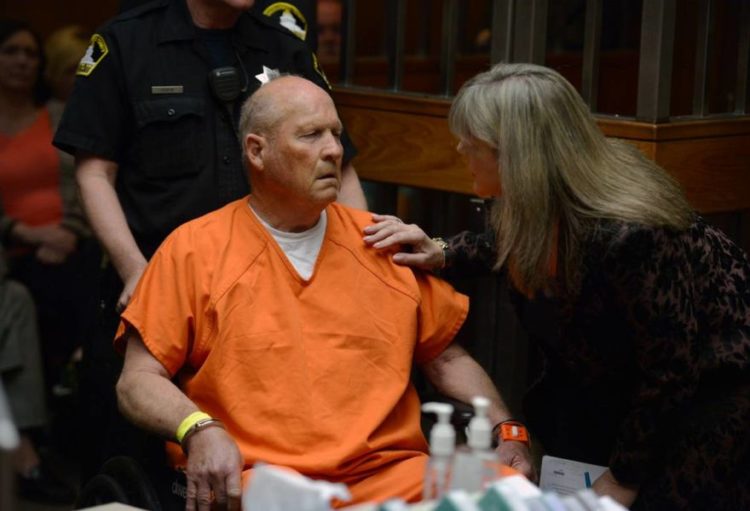 The Golden State Killer is popularly known as the East Area Rapist. He is a night stalker who killed around 12 people, sexually assaulted 45 people, and robbed 120 houses over 10 years. Over the period 1976 to 1986, he was one of the most feared names people were afraid about him in the Pacific Northwest region. The police officials, FBI, and detectives have found it much more difficult to catch this notorious killer. But somehow, this Golden State Killer was caught in 2018. But he was only sentenced to life imprisonment in the summer of 2020.

In this article, let us discuss more about this Killer.

Who is Golden State Killer?

He was none other than Joseph DeAngelo who got arrested in 2018. He is a former police officer who admitted to dozens of crimes in court. He pleaded guilty to 13 counts of committing first-degree murder. Many victims and their family members came forward to confront DeAngelo. DeAngelo’s wife is Misha Louise DeAngelo. He even has three kids who are daughters.

Golden State Killer – A Look Back at The Cases

From 1973 to 1976, the Golden State Killer worked as a police officer in Exeter, California based on officials’ records.

On September 11, 1975, the Golden State Killer shot and killed a professor named Claude Snelling. He was serving as a police officer at that time and he killed him in front of his daughter at Visalia.

DeAngelo worked as a police officer from 1976 to 1979 in Auburn, California. But he was fired from his job for stealing a hammer and a dog repellant can.

In 1976 and that too in the summer, rapes and robberies were terrorized everywhere in the eastern district of Sacramento County. The Golden State Killer usually entered the houses of victims through windows or doors illegally. He stole the cash, coins, jewelry, etc from the victims’ homes.

In February 1978, the ‘Golden State Killer’ suddenly killed Katie Maggiore and Brian in the Sacramento area. Both victims were walking with the dog at that time, and he shot them dead. Once, he shot Brian Maggiore, Katie ran away and shouted for help, but the killer shot her straight on the head, and then, she died. In the meantime, the robberies continued in the East Bay area of Northern California. Then, the Golden State Killer started doing rapes and murders too.

According to the FBI report, the Golden State Killer attacked couples. Initially, he tied the couples and then raped the females, and finally murdered them. On December 30, 1979, this killer murdered Debra Manning and Robert Offerman in Goleta, Santa Barbara.

In March 1980, the Golden State Killer murdered Lyman and Charlene Smith. According to the prosecutors, he raped Charlene Smith and then killed her. The couple’s 12-year son found his parents’ bodies at first. Then, he began to rape and murder many women. In July 1981, he killed Cheri Domingo and Gregory Sanchez. He shot Sanchez dead and then raped Domingo and murdered her. He even hit her head more than 10 times to kill her.

There were no cases reported from July 1981 to May 1986. After that, one case is reported which was the murder of 18-year old Janelle Cruz. She was raped and murdered and it seems that the killer bludgeoned her in the face and head.

Almost, four decades were over to trace this Golden State Killer. Finally, the officials found DeAngelo is the Golden State Killer, who was a former police officer. DeAngelo’s name came up in the investigation for the first time in 2018.

How was DeAngelo Identified as A Golden State Killer?

DeAngelo is the first public arrest who is identified as a victim through genetic genealogy. It is a new technique that involves collecting the unknown suspect’s DNA at the crime scene and analyzing them later. Later, they use this DNA to match with the normal family members who submit their DNA to public genealogy databases.

Investigators tried to narrow down the family tree through features like

Once authorities got doubt about DeAngelo, they followed him and got his DNA left in tissue in a bin. Then, investigators used his DNA to match with the DNA found at the crime scenes. The shocking fact is that they are perfectly matched and thus, he was arrested in April 2018 in Sacramento County. After the police officials arrested him and were taken into custody, DeAngelo was interrogated about these criminal cases. He accepted that he did all such rapes, robberies, and murders.

Soon after DeAngelo’s arrest, there are almost 150 suspects identified using the same technique of genetic genealogy.

From August 18 to 20, 2020, DeAngelo was confronted by his victims in court. Since he accepted all his criminal and violent acts, the court asked him to serve life imprisonment without having any parole. Many victims came forward in court to express their fears and emotions when DeAngelo attacked them violently. DeAngelo attended the court in a wheelchair with his face covered by a white mask.

So, this is all about the Golden State Killer and his cruel acts. After many decades, the officials identified this killer to be DeAngelo using the genetic genealogy technique.