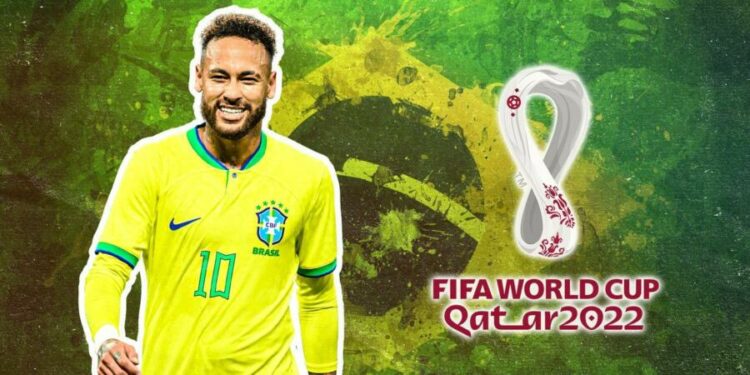 Several rumors have surfaced regarding Brazil’s World Cup team for 2022. In addition, Brazil is the odds-on favorite to win the 2022 World Cup.

As the champion of five FIFA World Cups (1958, 1962, 1970, 1994, and 2002), Brazil National Football Team holds the record for most wins. It is the only national team that has participated in every World Cup without missing any games or requiring a playoff.

They surpass big favorites like Germany, Argentina, Spain, France, England, and France because of this. However, when you look at the prospective Brazil World Cup lineup, it is simple to see why they are considering hot favorites.

The Brazil team has a fantastic balance of youth and experience, and they have the potential to perform brilliantly at the tournament in Qatar. They are jam-packed with elite athletes, both on defense and offense, who represent top teams around the world. The Brazil World Cup 2022 team roster can be seen below.

This team has been compared with the champions of the 2002 World Cup in Brazil and has been considered among the most balanced in the tournament.

Who was left off Brazil’s World Cup roster?

Fans were left in suspense when some well-known names were not called up. Others even criticized the athletes chosen to fill their spots, claiming they weren’t deserving of the positions. Roberto Firmino, a star for Liverpool, was the most notable name absent.

Is Neymar taking part in this World Cup?

Neymar will undoubtedly participate in the 2022 World Cup. He has previously participated in two tournaments, and he has stated that this could be his final and third.