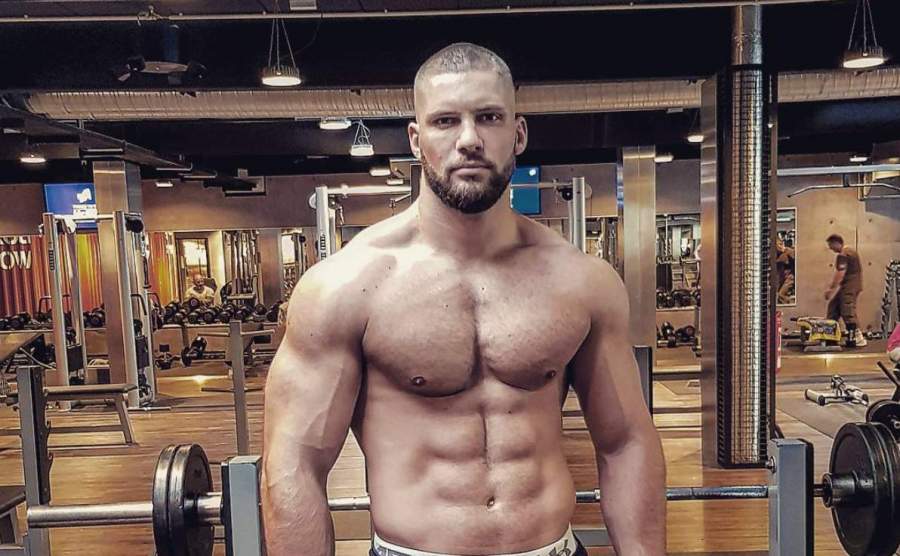 Florian Munteanu also is known as Big Nasty is a popular boxer, fitness model, and actor. He is from Munich, Germany. Florian is the actor who played as Viktor Drago in Creed 2. He is also one of the brand ambassadors of SuperKombat which is a fight organization. Florian came from an active background because his father was a wrestler and he is fully supportive of his career. Florian is an amazing boxer and actor. His powerful character in the Creed is an inspiration for many.

His workout sessions are useful for people who are trying to develop their bodies. He is a handsome man too because he has lots of female followers on social media. If you want to know more about the actor and boxer continue reading.

Florian Munteanu birth date is the 13th of October 1990 and his place of birth is Munich, Germany. At the moment he is living in Los Angeles. He grew up in a family that deemed fitness as important. His father himself was a boxer who helped Florian to get interested in sports. He got a passion for lifting and boxing. Florian also grew up physically fit and healthy.

Because of his muscles and healthy body he received 470K followers in his Instagram profile. This online popularity helped him to get opportunities in the film industry.

Not only did the boxer focus on his body but he is also well-read. In 2014 he got a Bachelor of Arts degree in sports and media. He attended the University of Munich. He is not married and his Instagram profile there is no evidence of him being in a relationship with anyone. However, he may be keeping his personal life out of the public eye.

Also read: Orlando Bloom Net Worth In 2020: Life, Marriage and Everything You Need To Know

Many people searched for the boxing videos of Florian Munteanu after his onscreen appearance on Creed. However, it does not exist. He is surely a boxer because he was perfect on the screen because he had pugilistic training. His father was also a boxer so he knows all about it. His physique and natural aptitude in the ring also proves that he had boxing experience.

He got some good film contracts because of his physique. First of all, he acted in the 2016 film Bogat. But he only got worldwide attention for the movie Creed II. This film is similar to the Rocky and one of the producers of the film is the star who acted in Rocky Sylvester Stallone. Moreover, Stallone looked through many audition tapes to find a fit person for the character, and then he came across Florian.

At the first moment of seeing Florian Munteanu, he decided that he is the right person for the character. Many people of Florian’s native got happy with the role he got and Dominoes even offered him the lifetime supply of Pizza.

Florian Munteanu is very serious about his workout schedule. He exercises twice every day. The boxer will follow one session of boxing and one workout. It is a big deal to manage the packs he has in his body. He always looks fit and active. There is no fat in his body because of his strenuous exercise. He opts for exercises that focus on all his muscles. Florian does lots of squats and deadlifts effectively.

He consumes healthy food every day. Florian also carefully takes notice of his macronutrient intake which has to contain rich protein, carbs, and good fats. He takes six meals per day and makes sure the body gets the right amount of nutrients. The boxer also indulges in excellent sweet delights in the middle as a cheat diet.

The net worth estimate of Florian is $1 million. He is getting money from his acting career and his brand endorsements. He is promoting many brands on social media pages. His net worth may increase more in the future because he will take up many film projects as well as sports brands need someone like him to promote their products.