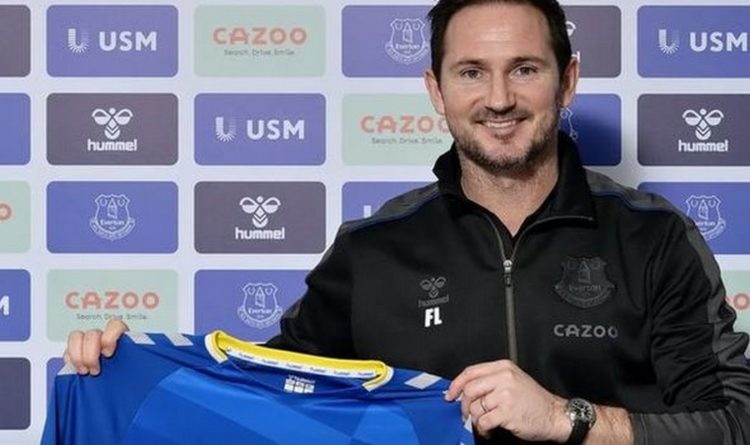 If you are a fan of football, you must have heard the name of the famous player Frank Lampard, who is presently the manager of Premier League club Everton. In fact, people also widely regard him as one of Chelsea’s greatest ever players and one of the greatest midfielders of his generation.

So you must have heard that Lampard landed as a manager at Everton despite the seemingly hectic hiring process. We can expect him to steer the club to Premier League safely. Therefore, he has a difficult task ahead, however, after his strong start at a 4-1 FA Cup win over Brentford. So would you like to know more about Frank Lampard’s statistics and trophies as a manager? Stay with us until the end if you want to know all these exciting aspects. Let’s have a look!

Who is Frank Lampard?

Even though this famous personality does not require a separate introduction, we will still share some of the significant aspects of the English professional football manager Frank Lampard’s life. As we mentioned earlier, he was a former player and presently the Premier League club Everton manager.

In fact, Frank Lampard is Chelsea’s one of the greatest ever players. This is because he has the record of scoring the highest number of goals by a midfielder in the Premier League. In addition, he was also statistically named the Premier League Player of the Decade from 2000 to 2010

How many Trophies has Frank Lampard Won as a Manager?

As per the sources, Frank Lampard started management with Derby in the Sky Bet Championship. Here, he enjoyed a successful season at the helm in 2018-19. During this season, he led them to the final play-off match. There the Rams won 24 out of their 57 games, just over 42 percent. In fact, they just had only 17 draws and 16 defeats.

Moreover, it also includes runs to the fourth round of the League Cup. Here they lost to his former and future club Chelsea with an own goal from their on-loan Blues defender Fikayo Tomori. However, Frank Lampard’s side scored 90 goals and conceded 70, with their top scorer being a loanee. After that, in the next season, he moved on to Stamford Bridge, leading them to the fourth position in the Premier League and an FA Cup Final. Here they lost 2-1 to Arsenal. However, they were in the ninth position in the league late in January. As per the sources, the authorities sacked him, which led to his exit from the League Cup to Tottenham in the fourth round.

Moreover, Lampard’s 84 games in charge of the club brought the team 44 wins, 17 draws, and 23 defeats, with 163 goals and 106 conceded. So you can say that it leaves him with a 48.2 percent win rate as a manager as he arrives at Goodison Park.

Some more Exciting Aspects About his Successful Career

If you keep an update regarding the football matches of Frank Lampard, you must have heard that along with him, his long-time England midfield colleague Steven Gerrard has recently become a Premier League manager with Aston Villa. At the same time, his pair’s former international colleague Wayne Rooney said that he declined the chance to be interviewed for the Everton vacancy.

Needless to say, the trio is now making its mark in the dugout. Gerrard has, in fact, had 140 wins from 204 games as a manager. At the same time, Rooney has won over 18 matches, had 21 draws, and lost 28 of his 67 games in total with 63 goals as a manager. So Yes, the trio is more or less at par with each other.

A Brief Glance at Frank Lampard’s Career as A Manager

An aspect of Frank Lampard's career which goes under the radar is how durable he was. He hit the 3,000-minute mark a staggering 10 (!) times in the Premier League throughout his career. For relativity: Scholes, Keane, Gerrard and Vieira only did it three times collectively. pic.twitter.com/ME41hpmU35

Many of our readers are probably eager to know about the star player and present manager’s career in detail. So here are some of the info.

After an amazing 21-year playing career, Lampard hung up his boots and almost immediately started his career as a manager. His first start was at Derby County in 2018-19. Here Lampard nearly achieved Premier League promotion as the Rams fell in the Championship Playoff Final.

As we mentioned earlier, after spending one season as a manager in Derby County, his former club, Chelsea, hired him as a manager. So after joining as a manager, within a few months, Lampard won Premier League Manager of the month. This made up the meat of a six-match Premier League winning streak.

It was in 2019-20 that Frank Lampard guided Chelsea to a fourth-placed finish and the FA Cup final. However, in the season of 2020-21, all went wrong as the authorities fired Lampard because Chelsea finished in the ninth position. Presently he is working as a manager at the Everton.

What were Frank Lampard’s Tactics?

You must know that in order to survive in this glamorous world of football, you need to apply some clever tactics. Well, that is what Frank Lampard did. So when he was a Chelsea, Lampard showed tactical flexibility that allowed for a variety of squad selections. However, at times, he displayed an inability to foster continuity.

Sometimes, Frank Lampard deployed a 4-2-3-1 with Jorginho and Mateo Kovacic. He paired Mateo in midfield with Jorginho sitting deep and controlling possession with a 4-3-3 with Mason Mount running the show.

In fact, in the FA Cup win over Brentford, Lampard went with a 3-4-3. He analyzed the field and accordingly arranged his players. He had selected a defensive trio consisting of Ben Godfrey, Michael Keane, and Mason Holgate.

Therefore, presently there is a lot on the new Everton boss’s plate as the club sits just four points above the relegation zone in the 16th place. However, Lampard seems well-equipped to handle all the upcoming challenges that will help him take Everton to a new position.

By now, you must have understood that Frank Lampard is one of the greatest footballers of all time. He has already handled the responsibilities as a manager in several popular teams. Just as he was a successful player and has won countless trophies, his career as a manager is also impressive. We hope he manages Everton well enough and takes them to new heights.

Also read: Check Out The Interesting Story Behind Logan Paul’s Obsession of his Pokemon Card Addiction

Landon Dickerson And The Personal And Professional Dilemma