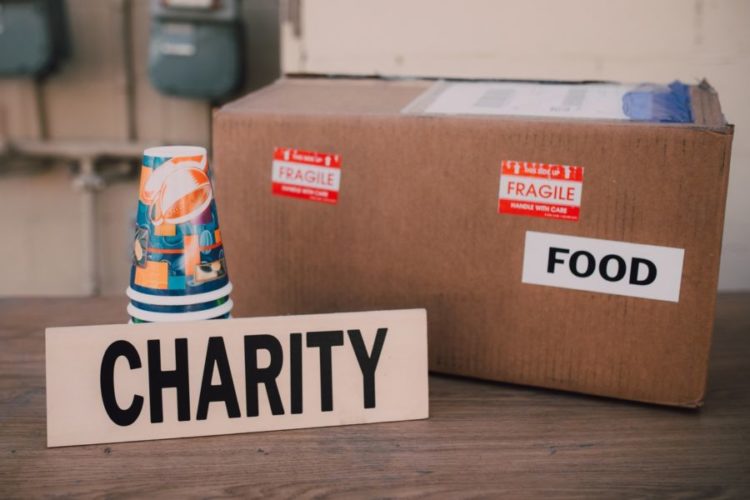 The world produces more than enough food to meet the population’s needs, but shortage remains a persistent problem. Between 2019 and 2020, as many as 161 million more people were affected by hunger due to the coronavirus pandemic. Currently, about 690 million people (8.9 percent of the global population) sleep hungry every night.

Hunger is more prevalent in sub-Saharan Africa than anywhere else, with 22 percent of the population battling hunger. About 16.6 percent of the Caribbean population also have to deal with hunger while Europe and North America have a smaller number of people who have to endure food shortages.

The primary cause of hunger is poverty and the political, demographic, social, and societal factors that cause economic disempowerment. Conflicts and adverse weather conditions can also cause or worsen food insecurity.

Food shortage can become an issue of the past if deliberate measures are devised and implemented by governments and relevant stakeholders. Hunger relief organizations and other charities work tirelessly to provide food relief to vulnerable people across the world.

Here’s a list of world hunger organizations. You can also visit https://ffl.org/15526/vegan-charities-that-need-your-support/ to find vegan hunger relief charities that need your support.

Food for Life Global (FFGL) is a food relief organization with a mission to address the root cause of hunger and other social issues by distributing plant-based meals and teaching about the equality of life.

Food for Life Global operates a global network of hundreds of affiliates with projects in over 60 nations.  This leading hunger relief organization adopts a rather unique vegan approach to tackling hunger by serving freshly made vegan meals to millions of hungry school children everyday. FFGL also sends disaster relief materials to areas across Africa destroyed by natural disasters.

World Food Program (WFP) is a United Nations agency committed to working with communities across the world in improving nutrition and food security. The WFP responds to emergencies across the globe with food trucks, ships, and planes delivering assistance to locations where they are required.

Action Against Hunger hopes to devise a better way of dealing with hunger and malnutrition in nations where they operate. The organization focuses on young children using a community-based approach to improve child survival and reduce malnutrition by addressing the underlying causes. Action Against Hunger is committed to research and partnerships that will help end all forms of undernutrition by 2030.

The Hunger Project, World Hunger Organizations is committed to bringing world hunger to an end by pioneering sustainable, grassroots, women-centered strategies and advocating for their widespread adoption in countries throughout the world. In fighting hunger, the organization’s programs rest on three pillars: starting with women, mobilizing communities, and engaging government. The Hunger Project adapts its innovative programs to meet the local challenges and opportunities wherever they operate.

Rise Against Hunger doesn’t just want to feed hungry people; they also want to build resilience, self-sufficiency, and empowerment in communities worldwide. Their organization has a global network of volunteers who distribute millions of meals every year to people who need them.

They also support agricultural production as a means to help members of vulnerable communities become self-sufficient. Rise Against Hunger ensures that the distributed meals are also tools to enhance nutrition, improve health, and stimulate the economies of the communities they operate.

CARE is an international organization that has operated for the past 75 years and works to end poverty and restore the dignity of people, in line with its vision to create a world of hope, tolerance, and social justice where poverty has been eradicated, and everyone lives with dignity and security.

CARE emphasizes the role of women as producers to enhance inclusive governance and gender equality in communities. Their other activities include emergency response and empowering farmers, fishermen, livestock producers, and other agriculturists to improve their productivity and gain access to new markets so they can provide better nutrition for their families and members of their communities.

7. Food for the Hungry

Food for the Hungry is a faith-based organization present in over 20 countries around the world. Their drive is based on the belief that everyone is intrinsically valuable and should be free from extreme poverty. This organization provides food, medicine, education, and agricultural training to enable members of target communities to grow food and raise livestock enough to become self-sufficient.

Mercy Corps provides food relief in different parts of the world, especially in disasters or conflicts. They also equip communities to enable them to handle future disasters or conflicts by providing agricultural education, food security and helping them devise systems to improve access to food production. Mercy Corps also connects crop and livestock producers to people and materials that can help them improve their production.

UNICEF is a United Nations organization that looks out for the welfare of disadvantaged children and adolescents worldwide. Part of its goals includes tackling hunger and malnutrition, as seen in its programs. It supplies more food to malnourished children than any other organization.

UNICEF implements global food initiatives such as “Scaling Up Nutrition,” which aims to increase focus and investment in nutrition in several parts of the world. It organizes community clinics that offer advice on healthy food choices, especially for nursing mothers and babies. The organization also responds to the emergency needs of vulnerable children in times of conflict or famine.

WhyHunger is a bit different from other nonprofit food organizations in the way it attempts to tackle hunger. This organization works by addressing the social causes of hunger like racism, sexism, homophobia, elitism, and other forms of discrimination that may play a role in causing hunger. They work with a goal of social justice so that everyone can access the resources they need to thrive.

WhyHunger partners with solidarity movements worldwide to create awareness and amplify existing voices about the inequalities that lead to food insufficiency. They liaise with grassroots movements, leaders, and other organizations to chart paths towards fixing the issues that cause hunger.

Alliance to End Hunger is the final nonprofit on our list of world hunger organizations. Alliance to End Hunger is a partnership between secular and faith-based groups to end food shortages. The over 90-member strong alliance works to educate policymakers about issues affecting hungry people around the world. They also initiate unique partnerships among members to expand their efforts to benefit the people they serve.

They encourage new programs among members to build capacity among members of vulnerable communities to enable them to engage in activities that will make them more food secure.

Food security remains a severe issue in many parts of the world. Governments, organizations, and individuals are plotting ways of ending this problem permanently. This list of world hunger organizations isn’t exhaustive, and there are many more organizations working to create a world where no one has to go to bed hungry.

You may also read: You Can Help Hungry Kids Get a Healthy Breakfast

What is Special about Black Rifle Coffee?