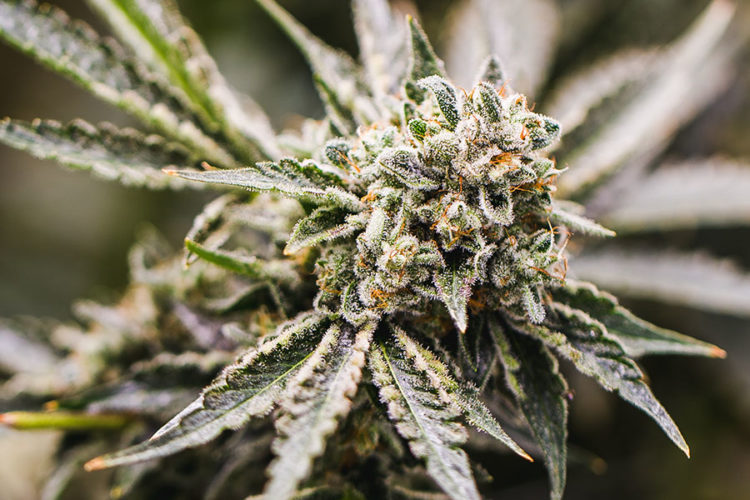 Have you ever heard about the GMO strain of weed? It is a new cannabis variety strain that has become popular now. It is strong so only suitable for experienced smokers. The weed strain of GMO is one of the well-known breeds of Cannabis because of its taste and flavour. This is a strong skunk that contains taste, smell and all the aspects required by the frequent smoker. That is why this genetically modified organism is favoured by many people.

Even the seasoned smokers of cannabis say that they never had a strong one like GMO. It goes by many names like Garlic Cookies and GMO Cookies. But till now the strain of GMO remains a mystery. The origins of the strain are not available. Therefore here you can learn all there is to know about GMO strain info. Continue reading to know more.

Know about the GMO Cannabis strain

GMO weed belongs to the category of divine genetics. This is because it creates a super strong skunk that helps experienced smokers to get the high they want. But there is a lot of mystery revolving around it because the company does not reveal the recipe of the strain. They also do not reveal where they take the strain.

Many cannabis breeding companies like Mamiko Seeds and skunkmasterflex have laid claim to the GMO strain. But they have not revealed its origins. Eventhough we are not aware of the birthed strain its genetic lineage is available. GMO is an Indica-dominant hybrid strain made by crossing the breed called Girl Scout Cookies and Chemdawg.

GMO goes by different names too. You can find them in names such as Garlic Cookies and GMO Cookies. Also, they are available in different names because the shops that sell them do not want to sell them only as GMOs. Further, the genetically modified organism is against the organic natural ethos of dispensaries and stoners. That is why they are not sold in their names. The weed is called garlic cookies because of its distinctive garlicky flavour. Also, it smells and tastes good.

The origin of GMO strain

The GMA cookies are new to the market. But its parent strains are available in the market for many years. Now they have become a popular strain in the cannabis industry. Many farmers have begun to breed them in lots of varieties. GMO is the short form for a genetically modified organism. It is a term used in the genetic engineering field. For many years humans have tried different breeding methods to modify the genetics of the organisms. Lots of cattle breeds have been selectively bred to get the desired traits of the species.

So this technique is applied to the different strains of cannabis today. Now GMO Cannabis has all the desired traits one likes in the Cannabis variety of drugs. But the companies producing the variety of strains are silent on the recipe. That is why we do not know what types of strains are available in GMO cannabis.

The GMO cookies are the kind of GMO strains, named as such because of the flavour. It is one of the best new strains that started to appear in 2017. This kind of strain can be very potent. The THC levels in this type of strain can go to 33% which is high.

You may also like: What is The Difference Between CBD and THC? Health Benefits of CBD and THC

The look of the GMO is different because it is not like the usual indica heavy hybrid. It appears like the Sativa. Also, the buds are thin and long. They are in the shape of a pepper. The colour of the strain is a mix of olive green and purple containing orange hairs. Further, there is a coat of white trichomes around the plant. That is why the look of the plant is unique.

The aroma of GMO Strain

The GMO strain has a great distinctive aroma. When a bag of GMO gets opened the smell coming out of it may seem familiar. Then after inhaling the smell for a few minutes you will feel the difference. In the beginning, the aroma may feel like a flea market with vintage fabrics and mothballs. Also, you can feel the smell of curry sauce. This aroma is intoxicating for cannabis users.

Further, the grinding buds of the strain may release more aromas. So the name Garlic cookies are very suitable for GMOs. It offers a whiff of aroma that is similar to garlic mixed with coffee. That is why the aroma is strong. So the fragrance of the GMO strain is one of its distinctive aspects. There is no other breed of cannabis with the same strong smell which makes GMO unique. Some people even described the fragrance of GMO to be earthy. The smell emanates because of the garlic and onion aroma from the plant.

The flavour of GMO

The GMO offers a great experience to the users because of its flavour. The Girl Scout Cookies addition in the strain gives it a sweet and earthy flavour. Also, this is quite pleasant enough. There is the flavour of garlic that is a bonus to the strain. This aspect enhances the flavour of GMOs. In the mouth, the users will feel as if they are eating garlic bread. Then the after taste is also good. That is why it offers smokers a new kind of flavour than the other breeds.

The growth details of GMO strain

A few years before the GMO strains were not available easily from online sellers. But now they have become more common. Many seed banks stock GMOs and sell them to the buyers who particularly require them. Some of the sellers are Divine Genetics, Mamiko Seeds and Omni.

These three seed suppliers are well known to sell the strain of cannabis. But some companies sell fake items too. So you have to know some information about the seller before buying from them. Also, there is an option to buy the strain from healthy GMO plants.

But growing GMO plants is hard to pull off. It is one tricky breed to grow for beginners. The plant is also stinky and it grows very thick. These kinds of matters are hard to manage. You will also need to trim the plant very often. Also, it produces lots of trichomes. This plant looks very similar to Sour Diesel.

Many people also grow GMO outdoors. But the temperature has to be warm and sunny. Yet many grow indoors because it grows better and produces more buds.

The levels of contents in GMO strain

The GMO strain offers more high to the users than other strains. So it has a THC content of 25%. These levels place GMO at the higher end of the THC scale. Some plants even have a THC of 33%. This is the highest kind of THC strength.

The CBD content of the GMO strain is very low. The lab tests reveal only fewer quantities of CBD. So if you are looking for a breed high in CBD then GMO is not one for you.

The medical benefits of GMO strain

As GMO is a breed heavy in THC the medical benefits it offers is from its psychoactive properties. The punch offered by the strain is strong. Some of the users have felt happy and relaxed after using the strain. It gives a strong sense of euphoria to the users. Its upbuilding effects can change the mood. But it will not knock you out completely. Some people have also stated that taking this variety of cannabis strains helped them to be creative.

Writers have taken this strain to escape from writer’s block too. Hence many stressed-out professionals take the strain to perform effective work. When a smoker uses it they will feel sleepy. This is beneficial if they suffer from a lack of sleep caused by depression, anxiety and stress. Hence it has a powerful effect on the body.

Furthermore, many people take GMO for pain. This helps them to keep their attention away from the pain. These are some of the medical benefits of taking GMO. But it also has some side effects.

There are also some side effects of GMO because of their THC content. Taking more levels of GMOs can affect people in different ways. Some have experienced dizziness, anxiety, and paranoia because of the strain. These are the possible side effects of cannabis. But people who have become veteran smokers of GMO are more tolerant of their effects. But the beginners will suffer from it. So the best way to get rid of GMOs is to be wary of them. You must use it in moderation. Otherwise, the GMO can become your master.

The GMO strain is a variety of cannabis engineered to have all the best parts of cannabis. This will induce sleep and other benefits. But taking them in moderation is necessary.

You may also like: 10 Tips on Shopping for THC Safely Online for Beginners