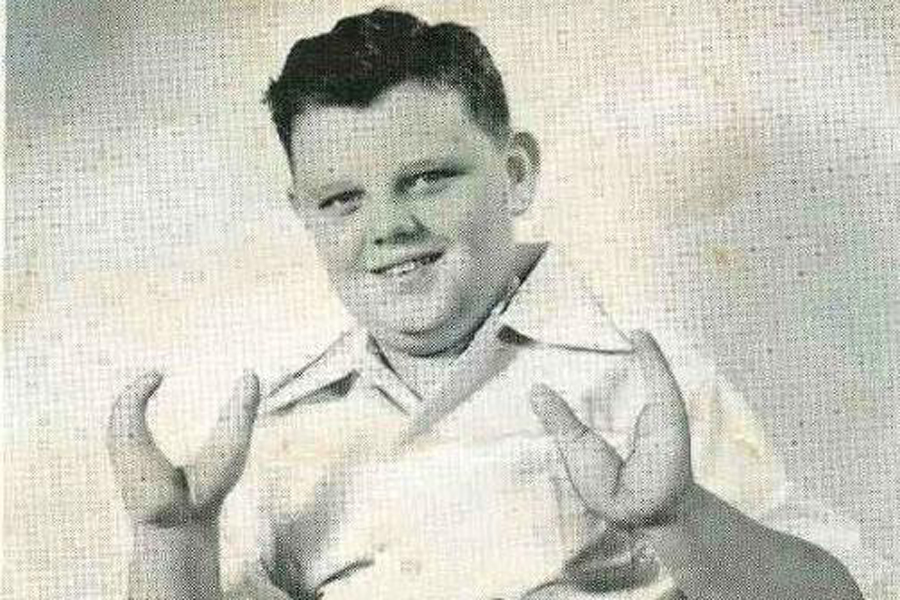 Grady Stiles Jr., also known as Lobster Boy, was birth in 1937 in Pittsburgh, Pennsylvania. Grady Stiles Jr. had an interesting life and a tragic death. Ectrodactyly, a rare medical ailment in Grady’s family, was present at birth. Ectrodactyly is often referred to as Lobster Claw Syndrome. It is a disorder in which the middle fingers are missing. And the fingers on each side where they should be joined together. As a result, the hands appear to have lobster claws. Sometimes, as was the case with Grady, the feet are also affected.

The disease also affected Grady’s father. He wasted no time exposing Grady to the world of show business, branding him as the “Lobster Boy” and starting him at the tender age of seven into the freak show industry. He performed as the Lobster Man in sideshows around the nation.

Let’s have a look at the life of Grady Stiles!

The Life of Grady Stiles

Grady Stiles, who grew up to be fairly powerful, became a huge star on the carnival scene right away. He was unable to walk, but by pushing himself in a wheelchair and learning to crawl on his limbs, he could develop remarkable upper-body strength.

Lobster Boy met Mary Teresa when performing at carnivals. Despite not having any mutations, she ran away at 19 to join the carnival and fell in love with Grady. They got married, had many kids, and two of them had Gray’s ectrodactyly. They performed as the Lobster Family for a while. But things became difficult when Grady started drinking.

Lobster Boy, a vicious drunk, allegedly abused his wife and kids for years until one night in 1973. Grady fought with Mary that night, knocked her to the ground, and used his bare hands to take the IUD out of her body. Soon after, she filed for divorce. Grady Stiles later got married again. However, both his first and second wives ended their marriages.

Though still a mean drunk, Grady Stiles lived a relatively quiet life until 1978. At that point, he thrust himself into the spotlight again. Grady shot and killed the future husband-to-be the day before the wedding when his eldest daughter fell in love with a man he did not like.

Grady’s life of drunkenness and smoking cigarettes had a negative impact on him. In addition to his ectrodactyly, he also suffered liver cirrhosis and emphysema. As a result, the authorities determined that he would not receive good medical care while behind bars. Grady willingly admitted to the crime, affirming his guilt without a shadow of a doubt, but he received no punishment for it. Grady received only 15 years of probation even though be found guilty of murder.

Lobster Boy became boastful after breaking out of prison and allegedly told others that he could kill them and get away with it. Grady’s first wife Mary, who mysteriously remarry him in 1989, said that the verdict had a significant effect on her Grady became even more violent than previously due to his bad temper and excessive drinking, as well as his sense of invincibility from getting away with murder.

The Plan of Killing Grady

Mary made the decision in 1992 to stop taking Grady’s abuse anymore. She gave her neighbor and friend Chris Wyant $1,500 to kill her husband. Following this, Wyant fatally shot Grady in the head. This incident took place when Grady was watching television in his Florida home. Wyant appeared in court for the murder and served punishment, just like Grady Stiles. He admitted his crime. Further, Wyant received a 27-year prison term for the murder. In addition, the court found Mary guilty and gave her a 12-year prison term.

And what about the Lobster Boy? Well, he received mixed opinions after his death. He had a bad temper, according to those in the carnival scene who even compared him to Satan. Others adore him as a successful businessman who transitioned from performing in sideshows to owning them. These individuals say Mary should have just walked away. His kids will likely have the final say. Several of them acknowledge that they had shed a tear for their father. However, all we can do now is pray that his soul rests in peace regardless of his bad deeds!