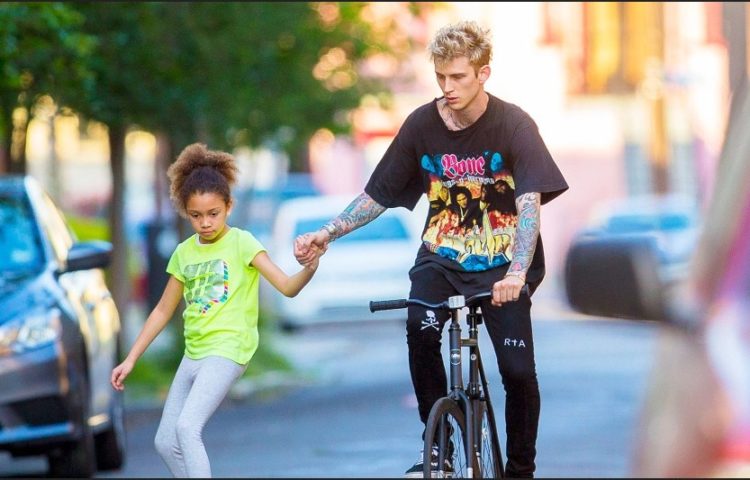 Although Kelly is a famous rapper only little is known about his personal life. Here you can find all the details about his life. Know why Machine Gun Kelly split from Emma Cannon.

Why is Machine Gun Kelly famous?

The real name of Machine Gun Kelly is Colson Baker. He was born in Houston. His parents were missionaries. When he was in sixth grade he began to listen to raps. Then he became the first rapper to win at the Apollo Theatre. In 2010 his debut single “Alice in Wonderland” became famous. It kick-started his career in the music industry. Some of his other famous albums are Lace Up, Hotel Diablo, Bloom, Rap Devil, and more.

Gun Kelly met Emma Cannon in Cleveland, Ohio. At that time they were only teenagers. Lots of details are not available about Emma Cannon. But she was the first love of Gun Kelly. Cannon also does not have an account on social media. But even though they are not together now they are maintaining an amicable relationship.

Gun Kelly has appreciated Emma Cannon many times. She is a good mother to her daughter Casie Colson Baker. Also, the rapper loves his daughter and always spends quality time with her.

MGK also wrote a song for Emma Cannon. In 2012 he released a single titled Her Song. In it, there is a voice of a woman. Many have identified it as the voice of Emma Cannon. In the song, MGK talks about how his dream to be a rapper cost him his girlfriend. She was his one true love. Several times he has tried to win back the love of Emma Cannon but she never budged. There is still no information on how they broke up in the first place.

Does Machine Gun Kelly have contact with his child?

Kelly was eighteen when he had his daughter Cassie. Now the daughter is twelve years old. She was born in 2008. Also, Casie Colson Baker gets to meet her rapper dad very often. They like to spend time skateboarding and biking together. She has even attended red carpet events with her popular dad.

Further, Cassie is good friends with her father’s girlfriend’s children. Megan Fox has three kids named Noah, Bodhi, and Journey. They go out together many times and hang out.

How is Machine Gun Kelly’s relationship with Megan Fox?

Now Fox and Gun Kelly are the popular couples in the industry. Their pictures together are trending on social media.

Megan Fox was previously in a high-profile married life with actor Brian Austin Green. He was several years older than her. With him, she has three children. But they separated in 2020 after ten years of marriage. In the same year, she started to have a public relationship with Machine Gun Kelly.

Long before meeting Megan Fox, Gun Kelly was already obsessed with her. As Fox is a sexy actress she was the dream girl of many women. Similarly, Kelly also had the poster of Megan Fox in his room. But Kelly was able to become the boyfriend of Fox after she appeared in his music video Bloody Valentine. So the couple has an understanding relationship.

How is the parenting style of Gun Kelly and Megan Fox?

As Megan Fox and Gun Kelly have children of their own they are having a clear idea of how to raise children. They do not follow archaic traditions to raise their children. Many critics have attacked Fox on her parenting ideas. But she doesn’t mind them. Her sons even wear costume dresses to school for which they were bullied. But she is raising her children to not mind the old notions of society. She wants them to be free to choose the lifestyle they want.

Emma Cannon was the first love of Gun Kelly. But he now has found the woman who suits his lifestyle. Fox and Kelly are the most famous couple in the industry right now.

You may also like: Samantha Hegseth Bio, Age, Career, Personal Life, Net Worth and Facts