Gwen Shamblin: The Love for Religion and Diet 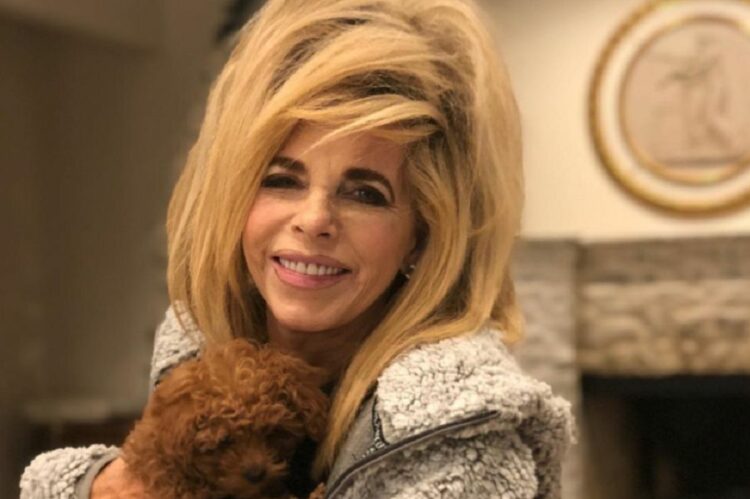 Gwen Shamblin Lara gained popularity through her Christian diet program. She gets attention from the public as they believe that this program is some kind of religious cult. For Gwen, her dieting was special. From a Weightloss trainer to a church leader all of this happened for Gwen from 1980 to 1990. She also encourages people to turn their love for food to god. As a church leader and a dietician, she did have many followers.

However, some did not hesitate to say that all of her sermons had dark sides. Due to the unusual story of a dietician and a religious leader many media channels try to get more inside details about this story. Even HBO broadcast a documentary that features Gwen Shamblin and her practices. Gwen shamblin is a member of a cult group. Further, the fellowship church of Gwen has a mysterious side. They not only promote a good diet but much more.

Through investigation, they could find that this cult threatens people who want to leave this group. Also, they advise people to beat up children who misbehave. Most of the family members of church-going people have several complaints about this church. Due to the church, a parent beats the child to death. All this story of the church goes on for many years.

However, the plot twist is that Gwen Shamblin and other church members die due to a plane crash. This crash happened recently in 2021 which is indeed shocking news for many who know about Gwen shamblin. Let us see more about Gwen Shamblin and her diet programs turned into a religious cult.

Details about Gwen shamblin Lara and her diet workshop

Born in 1955 Gwen shamblin belongs from Tennessee. From a young age, she has had an interest in both health and religion. Her family had a close connection with a local church and her father was a doctor at that time. After school, Gwen did her dietician course at a University in Tennessee. Soon she got a job as a food instructor in the health department, in Memphis. 1986 is the year when she decides to pursue her interest in health and faith.

In this attempt to start something religious she initiates the Weigh Down workshop. This program is supposed to help people lose weight with their faith. Many followers of the church loved this program. This program of Gwen reaches all churches in that area. Within a short period, she gains 250000 followers for this workshop. Gwen Shamblin reaches this success by the end of 1990. Moreover, she also writes a book about the Weight Down diet program that again becomes a hit. During a post, she confronts about the program to people. Gwen says that normal dieting increases the obsession for food more.

However, what she does is transform her love for food into a god. This distracts people from food. She also says that people can stop in the middle of eating a candy bar when they love god. She adds by saying that it is a good feeling to turn to god in prayer than to have love for food. This program may seem compelling for some there are dark sides to it. No one can imagine what this woman has created in the name of god and diet. However, in 1999 Gwen decides to leave the church o focus more on her diet program. (Details)

The teaching of Gwen did work for many. This program teaches people about diet and breaking drug practices too. However, many of the followers of this program say otherwise. They say that most of the sermons of the church have a dark side. This church had a high influence on all its members. Plus, one of the church members says that this program can teach you anything. They can help you talk about bad practices such as drugs, drinking or driving but it is at the end of the day a cult. Some of the other members also agree that it is more of a cult than a church.

Further, other members say that this church did stir eating disorders and mental problems in some members. In 2003, one of her church members of Gwen comes under the radar of the police. The Joseph couple who had a great influence on the church murdered their child. They were caught with a recording scolding their child. Also, Gwen shamblin program encourages parents to beat the misbehaving child. Due to this Joseph’s couple beat their 8-year-old son to death.

When the police start to investigate this story they can find some connection between Gwen Shamblin Lara with this murder. These parents who went to Gwen’s program surely took it to the extreme. After the trial, the Joseph couple did pay price for their murder. They are behind the bars for 30 years for beating their child to death. Further, this would not have happened if the couple avoided the cult church.

This is not the only time Gwen Shamblin name is connected with controversy there are much more. Members of the church say how hypocritical Gwen’s shamblin is. Her husband David was seen by the public in the 90s. What people could see did put them in shock. Gwen’s shamblin preacher of diet did not practice it in her real life.

Her husband was staying away from the limelight as he was overweight. Due to this, there was a buzz among the public about why she could not teach her husband what she preaches. Also, shamblin who preached about not to divorce a partner did it herself. She and her husband got divorced which reduced the trust people have in her. However, the chapter of Gwen shamblin did come to an end on 2021.

Gwen’s siblings take a private plane from Tennessee for an event. There are more than 8 church members on the plane with her. The church members and Gwen were at the rally to support trump. Unfortunately, the plane crashes at the lake that costing all the lives aboard. After this event, there was news about how some of her followers paid their condolences to her.

However, HBO took this opportunity to reveal the complete story of Gwen shamblin to the world. The remnant church in which Gwen worked was not happy with it. However, Gwen’s shamblin did pay the price for her cult that deceived people.