Elisabeth Fritzl: Real Story of The Girl in The Basement 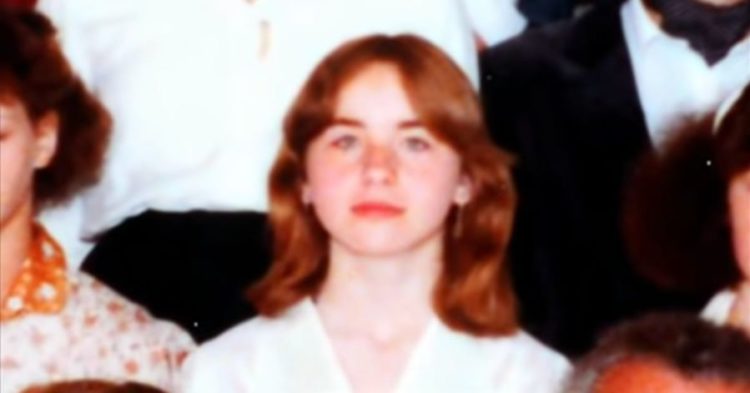 Have you heard about the Josef Fritzl case? It was the case that terrorized people and shocked the neighbours of the Fritzl family. Even some members of the family were not aware of what Elisabeth Fritzl the daughter of the family was going through. Her father was the one who ruined her life. His name is Josef Fritzl and he is the most terrible man in the world one may have ever come across.

He tortured his daughter by asking her to come under the basement and imprisoning her. She spent twenty-four horrifying years in the basement confined to a makeshift cellar. He also repeatedly raped her and did not allow her to see the light all those years. Here you can find all the details of Elisabeth Fritzl, The Story of the Girl in the Basement.

Who was Elizabeth Fritzl?

Elizabeth Fritzl was the daughter of Josef Fritzl and Rosemarie. She was born on 6 April 1966 in Amstetten, Lower Austria. According to the reports, her father started to sexually abuse her when she was just eleven. When she turned fifteen she did a course to become a waitress. Later she ran away from her home and went into hiding with her friend.

But the police found her three weeks later and returned her to her parents. She rejoined the waitress course and completed it in mid-1984. She was offered a job nearby Linz.

How does Elisabeth Fritzl become trapped?

On 28 August 1984 when Elisabeth Fritzl was eighteen years old, her father Josef Fritzl lured her into the basement of their family home by telling her that he needed her help. But he was actually converting the basement into a prison chamber and the door was the last thing he needed to seal it. When Elisabeth was holding the door in a place he held an ether soaked towel on her face and she fell unconscious. Then he threw her inside the chamber.

After the family noticed Elisabeth has disappeared, her mother Rosemarie filed missing persons report. After a month Fritzl gave the letter to the police the first of several letters which he forced Elisabeth to write when she was in captivity. The letter was postmarked from Braunau and it stated that Elisabeth was tired of living with her family and she was staying with her friend. She also warned her parents not to search for her otherwise she will flee the country. Plus, Fritzl also told the police that his daughter has joined a cult.

Also read: Story of La Pascualita: A Dummy in A Bridal Shop Window in Mexico

What happened to Elisabeth in the basement in 24 years?

Josef Fritzl visited Elisabeth in the hidden chamber in the basement almost every day. He brought her food three times and water supplies. He started to use her as his slave to gratify his desires and constantly raped her.  In the process, Elisabeth gave birth to seven children. One child died shortly after the birth and other three named Lisa, Monika, and Alexander were removed by Fritzl from the chamber and started to live with him and his wife Rosemarie.

He left the child on the doorsteps of his house and lied to the family that they were the children of Elisabeth left by her to so that the grandparents can look after them. They were also approved by local service authorities and the children grew up unaware of their birth details.

Officials later shared that Fritzl seemed very plausible when he was explaining how three of his infant grandchildren ended up on his doorstep. The family even received visits from social workers who came to know nothing about the abuse going on.

After the birth of the fourth child born out of incest in 1994, Fritzl enlarged the prison as the space was limited. He gave Elisabeth and her kids the gruelling task of digging out soil with their bare hands for many years. The captives had a TV, television and radio and food can be stored in the refrigerator. They cooked and heated it on the hot plates.

Fritzl told Elisabeth and three of her children Kerstin, Stefan, and Felix who lived with her that they will be gassed if they tried to escape. He also would sometimes punish them by not bringing them food or water. According to his family members who were unaware of what is going on they saw him going to the basement every morning at 09:00 to draw plans for a floor room. He often stayed for the night and did not even allow his wife to get him coffee. A tenant who rented the ground floor for twelve years shared that he heard noises from the basement. But Fritzl lied to them all that there were “faulty pipes” or the gas heating system.

How was Elisabeth discovered?

In 2008 Josef Fritzl agreed to let Elisabeth and Kirsten outside for the first time as Kirsten need urgent medical attention. She fell unconscious so Elisabeth helped carry her outside the chamber. This was the first time Elisabeth saw the outside world in twenty-four years.  But he forced her to return to the chamber and he got Kirsten to the hospital. She was taken by ambulance to the local hospital Landesklinikum Amstetten and was diagnosed with a life-threatening kidney failure.

Later he claimed to have received a letter from Kirsten’s mother and discussed the condition with the doctor Albert Reiter. The medical staff found some aspects of his story puzzling so they alerted the police. The police broadcasted on the media and asked the missing mother to come forward. Then the police also reopened the missing case of Elisabeth’s disappearance. Fritzl again lied about Elisabeth joining the cult. He presented the most recent letter from her dated January 2008 from the town of Kematen.

The police contacted a church officer and expert on cults to enquire about the cult Elisabeth seemed to have joined and he shared that there was no cult that he knows of provided in the letter. He also noted that the letters seemed oddly dictated and written.

Again Elisabeth pleaded with Fritzl to be taken to the hospital and he released her from prison along with her sons Stefan and Felix. He brought Elisabeth to the hospital where Kirsten was being treated. The police got a tip-off from Doctor Reiter about the appearance of a woman with Fritzl. The police detained them on the grounds and started questioning them.

In the first instance, Elisabeth did not provide any details. But the police informed her that she will never have to see her father again. Over the next two hours, she informed them about the torture she went through for twenty-four years.

She explained that he would force her to watch the pornographic films and made her re-enact the scenes with him in front of her children. After this, at the age of seventy-three Fritzl was finally arrested for his crimes. Currently, he is serving life sentence in jail.

What happened to Elisabeth and her children?

On April 27 Elisabeth and her children were taken into care. They underwent lots of therapy and time in a physiatrist clinic to come out of the trauma. Now they are well enough and living peaceful lives. Their names have changed to protect their identities and all the six children of Elisabeth are having normal sibling relationships.

Elisabeth also lets the children visit their grandmother Rosemarie and she also is maintaining a good relationship with her. In 2021 Lifetime released a film titled Girl in the Basement true story based on Elisabeth Fritzl’s life. Many people came to know about the Story of the Girl in the Basement because of the story.

The story of Elisabeth Fritzl showed the world how truly horrific it is. It made people aware of the things happening around them.