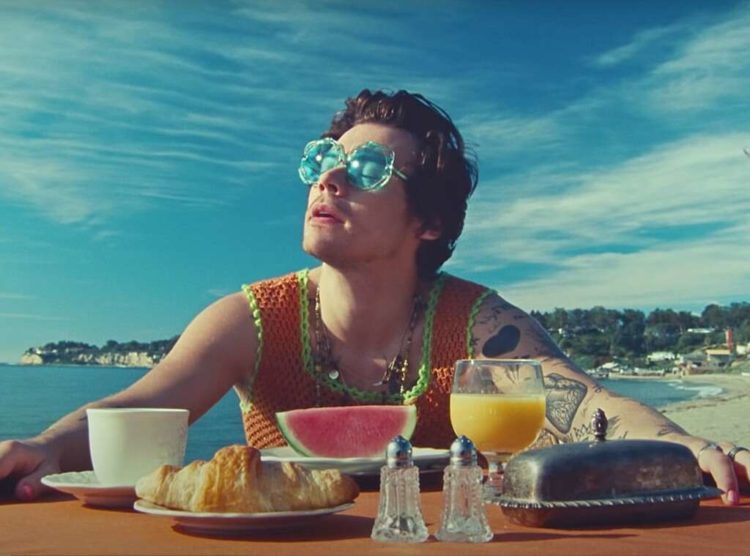 At the end of 2019, Harry Styles released Watermelon sugar song two weeks after his second album ‘Fine Line’. The song became an instant success and people started to dance for the song on social media. But this beach-themed music video was a mystery to the fans. Many started to wonder the meaning of the lyrics “Watermelon Sugar High”.  They wanted to know who the inspiration for the watermelon sugar is.

Here I know about the meaning of watermelon sugar. If you are a Harry Styles fan then you must also feel the same way about the song. Usually, all singers have a story behind the song they make. So let’s see what Harry Styles revealed about his song.

What is watermelon sugar about?

When Harry Styles was performing at the Tiny Desk Concert in 2020 he revealed many details about the song WaterMelon Sugar. It is about the euphoria a person experiences when he is around his lover. The song is about the excitement that a person feels when he spends time with their lover and sleeps with them.

Styles shared that he chose the title of the song after he saw a book in the recording room. Also, he shared that WaterMelon Sugar is based on his experiences.

Harry Styles and supermodel Camila Rowe were in a relationship for a year. Only on a few occasions, they were seen together publicly. But their relationship ended and it was disappointing for Harry.

The complete song is a description of the pleasures enjoyed between couples. It is something that the singer cannot live without. So there is a lot of NSFW in the song. The lyrics are filled with sexual innuendos.

After learning the meaning of the song many people felt uncomfortable. But that is what the song is about. Harry has freely shared his feelings through this song. It has made the song popular.

Watermelon Sugar is a song with many meanings. There are no direct lines in it to convey that it is about sexual pleasures. But still, the singer himself has shared that it is about it. That is why many people have become fans of the song.

You may also read: Laura Berman Bio, Family, Husband, Career and Net Worth