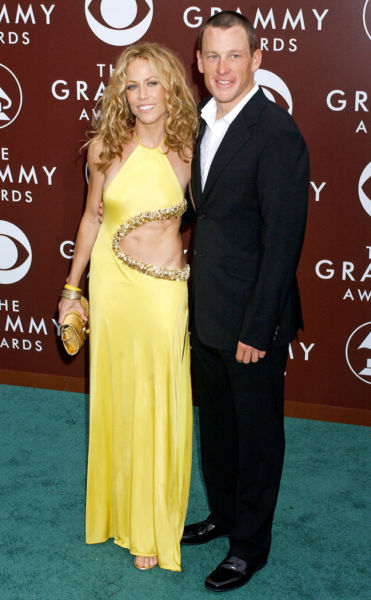 There are very few people who have not loved the handsome Owen Wilson once in a while, right? We inevitably remember Sheryl Crow’s name whenever we talk about Owen Wilson. This is because their relationship was always the talk of the town. Today, we will clarify the truth behind their relationship and get to the bottom of it.

Needless to say, people have often described Sheryl’s life as the “portrait of the singular storyteller who’s lived it all.” In fact, there is also a documentary, “Sheryl,” where you can look at the life and career of singer-songwriter Sheryl Crow. Here the musician opens up a lot about her personal life. This also includes her highly-publicized relationship with former professional road cyclist Lance Armstrong.

So are you curious to know more about the gossip centering on Sheryl Crow’s life? Stay with us until the end as we will share with you some relevant details about the celebrity musician’s life. Let us have a look!

A Short Bio On Sheryl Crow

Since you are reading this article, it is evident that you are eager to know more about the famous musician Sheryl Crow’s life. Well, you are at the right place as we will share all the significant details of her life. As we mentioned earlier, Sheryl Crow is an American musician, singer, songwriter, and actress. Moreover, her music has rock, pop, country folk, and blues elements.

Sheryl Suzanne Crow was born on February 11th, 1962, in Kennett, Missouri, United States. Therefore, she is currently 60 years old. As per the sources, her mother was a piano teacher, while her father was a lawyer and trumpet player. Therefore, music was already in her blood both from her mother and father’s side. Sheryl has two older sisters and a younger brother. While studying at the University of Missouri, she started participating in several music shows.

Until now, the pretty musician has released eleven studio albums, out of which there are five compilations and three live albums. At the same time, she has also contributed to several film soundtracks. You must have indeed heard some of her popular songs like “All I Wanna Do,” “Strong Enough,” “If It Makes You Happy,”  “Everyday Is A Winding Road,” and “Tomorrow Never Dies.” Several other songs became popular during the late 90s. However, let us now discuss her personal life in detail.

Many of you must be eager to know the answer to this question, right? Well, let us share with you the details. Prior to dating Lance Armstrong, Sheryl dated Eric Clapton and Josh Charles; however, very few people came to know about her relationship with Owen Wilson.

As per the sources, the pair became an item in the early nineties. Even though they dated only two years, there was a lot to their relationship. So how did they meet? Let us find out! Owen Wilson was a part of the 1999 film “The Minus Man,” where he played the role of a serial killer. It is here he met Sheryl Crow, who was his first victim in the film. Even though they had a short interaction, great chemistry began.

Shortly after the couple met on the movie set, they started dating. Right from the beginning, they were public about their relationship and attended several events together. However, after two years, they decided to opt for a break-up.

Why Didn’t Their Relationship Last?

Even though the couple did not reveal the exact causes of their break-up, during an interview in 2005, Owen Wilson implied that his behavior was the catalyst that led to their break-up. Wilson openly admitted that, just like his previous relationships, this one ended because of his lack of focus and effort.

At the same time, he also highlighted that high-profile relationships often fail due to the clash of egos and other aspects. “Going out with someone doing the same thing as you, who’s in the public eye, can be a problem,” he said. “You want a break when you come home. You don’t want someone with the same issues as you reminding you of stuff you don’t like in yourself.” However, that was not the only reason for his break-up with Sheryl Crow. There were probably other issues between them.

Sheryl Crow Was Highly Invested In Her Relationship With Owen Wilson

As per the sources, a year after Sheryl Crow and Owen Wilson split up; the singer released her fourth album, “C’mon, C’mon,” featuring one of her hit songs, “Soak Up the Sun.” At the same time, the lesser-known track “Safe and Sound” also appeared on the record. In all probability, Sheryl wrote this song about her relationship with Wilson.

Needless to say, the song became an instant hit. Furthermore, we also know that she does not blame Wilson for ending their relationship. Crow continues to sing about her regrets and what she could have done to make their relationship work. If you listen to her songs, you will figure out what exactly she is trying to convey through her songs.

Sheryl Says She Was Trying To Fix People In Her Relationships

Moreover, the singer thought she had mastered picking someone who would easily manifest that with her, thereby making her at the bottom of the heap. Furthermore, Crow also found that most of her relationships revolved around “extremely high performing, high achieving narcissists.” This, in turn, affected her mental health. She also said that staying with them was like becoming a part of the shadow around them. This is a pretty lonely feeling. Gradually she got used to being lonely.

However, this does not mean that she does not appreciate the love of her life. This includes Owen Wilson as well. “Every person I have loved, I love [and] still love,” she said. “I don’t have any terrible feelings about anyone. She does not regret a single relationship she had.

Her struggles in her relationships were public. She found this especially hard while dating Lance Armstrong. “It was a challenging terrain.” Sheryl herself says that there was a point after Lance and she split up when she got diagnosed with breast cancer. She could not walk around her house during this time because cameras were shooting through the windows. This was the turning point for Crow, and she decided to move to Nashville to escape the attention of Los Angeles.

So as we conclude, we can say that Sheryl Crow might have a rough terrain in her relationship; however, she is presently leading a happy life. As per the sources, she is still open to the possibility of marriage even though she’s not had the best of luck in that department. However, she does not think that marriage is an end to everything in life. You can always enjoy your life.

Also Read: A New Turn of Events in Josh Duggar’s Scandals: Have A Look