A New Turn of Events in Josh Duggar’s Scandals: Have A Look 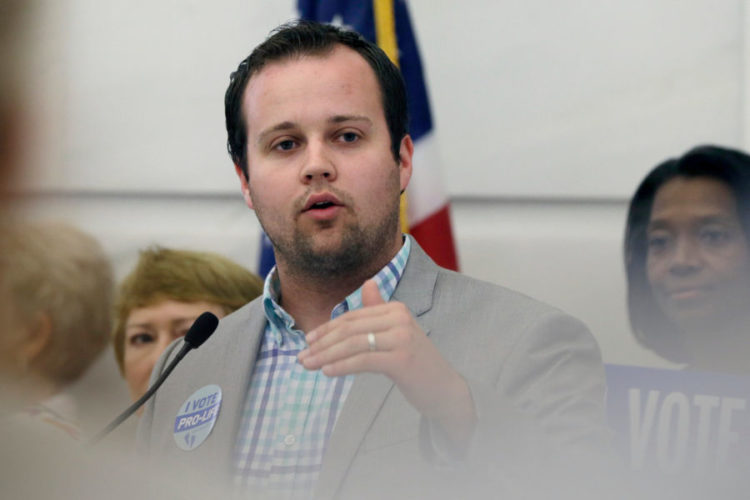 If you are active on social media platforms, you must have already come across the news we will be discussing today. Yes, you guessed it right, we are talking about Josh Duggar’s scandals. In 2015, Josh Duggar admitted to cheating on his wife, Anna Dugar. Needless to say, the convicted sex offender had multiple dating profiles. This included two on Ashley Madison and one on OkCupid.

However, surprisingly one woman came up to share her experience after the court sentenced Duggar to more than 12 years in prison. This punishment was for viewing child sexual abuse material on his work computer. The woman claims she had a fling with Josh. In fact, you can say that the OnlyFans model is narrating a pretty

So would you like to know about it in detail? Stay with us until the end if you are eager to learn more about Josh Duggar’s dirty secrets.

Some Significant Aspects About Josh Duggar

Many of you already know his name because of his immense popularity, so when the news of Josh Duggar being a sex offender became public, we were in utter shock. Let us now discuss some of the significant aspects of this former media personality.

Josh Duggar or Joshua James Duggar became a prominent face in the TLC series 19 Kids and Counting. However, his involvement in the case of child pornography and several other scandals have destroyed his clean image entirely. On March 3rd, 1988, Josh was born in Tontitown, Arkansas, in the United States. Therefore, he is presently 34 years.

As per the sources, Duggar’s parents homeschooled him. He had passed Arkansas’s state test for a general equivalency diploma at 16. Yes, he did not attend college. On September 26, 2008, Duggar and Anna Renee Keller, both in their 20s, tied the knot at the Buford Grove Baptist Church in Hillard, Florida. They share seven children.

In addition, on April 29th, 2021, the US Marshals arrested Duggar on charges of receiving and possessing child pornography. He was found guilty on all charges on December 9, 2021. Therefore, he is in jail and awaiting sentencing in the spring of 2022.

However, previously, the eldest of Michelle and Jim Bob Duggar’s nineteen children, Josh, was the executive director of FRC Action. It was a lobbying political action committee (PAC) that the Family Research Council sponsored from June 2013 to May 2015. But he left this position when news broke that he had molested multiple underage girls. In fact, this list included a victim under five years. These incidents were actually happening for a long time since he was a teenager.

Josh Duggar Admitted of Cheating on His wife in 2015

Not long ago, after Josh Duggar’s molestation scandal broke out, the infamous reality star was caught up in a data leak. Some videos and photos revealed Duggar as one of several high-profile men with accounts on a website that connected married individuals for discreet extramarital affairs.

In fact, Ashley Madison was not the only dating website that he used. He also had an account on OkCupid. There he used a fake name and picture to create his profile. Moreover, Duggar himself admitted to cheating on his wife and having an addiction to pornography. So after resigning from his job at Family Research Council, he checked into a faith-based rehab center in Illinois. As per the sources, he spent six months at the center.

Following the scandal, TLC dropped Duggar from their show. However, his wife, Anna Duggar, often appeared on the show. We could never see Josh in front of the camera again. This was sure to happen, wasn’t it?

What Did The Woman Danica Dillon Say About Josh Duggar?

Previously we knew that Josh Duggar never had any physical relationship with a woman other than his wife. However, shortly after he admitted to cheating on his wife, a woman stepped forward to accuse Duggar of roughing her up during a paid sexual encounter. Danica Dillon, the woman, is actually a former adult entertainment star.

As per the sources, she met Duggar at a club in 2015. She claims she did not know who he was at that time. However, she just assumed that Duggar was a fan of her work. Later, he offered her $1,500 to become intimate with him in a hotel room. Danica agreed to his proposal.

Presently, Danica revealed that the encounter felt like an assault. She claimed that she had another meeting with Duggar the following month. As a result, she sued Duggar but later dropped the charges.

It seems that Josh Duggar’s scandals do not seem to end. One after another, they keep coming up. According to the sources, Danica Dillon was not the only woman who had intimate interactions with Josh. Even though previously, some of Josh’s family members surmised that Danica was the only one, however, that was not the reality.

Pretty recently, a woman named Karlie Brooks uploaded a post on TikTok to claim that Josh paid her, like Dillon, to have a sexual encounter. Brooks, in her 20s then, alleges that the former TV star had asked her to wear her hair in pigtails and shave any body hair before their encounter. Can’t believe it, right?

In fact, she also reveals that Duggar had asked her to dress like a child for the encounter. However, she did not mention the details of where both of them met. She also disclosed nothing about how much she got from Duggar for this encounter. As of now, we do not know if this incident is true or not. Moreover. Josh’s legal team is yet to come up with answers to clarify this matter. It is possible that this claim can complicate the case even further and create difficulties for Duggar to get his bail.

So as we conclude, we can say that it is indeed very shocking to come across such news where our favorite celebrities’ names come up in serious issues. Especially a famous personality like Josh Duggar’s involvement in this matter is beyond our expectations. Needless to say, fans are very upset and shocked. We hope that he gets what he deserves and the victims get justice.