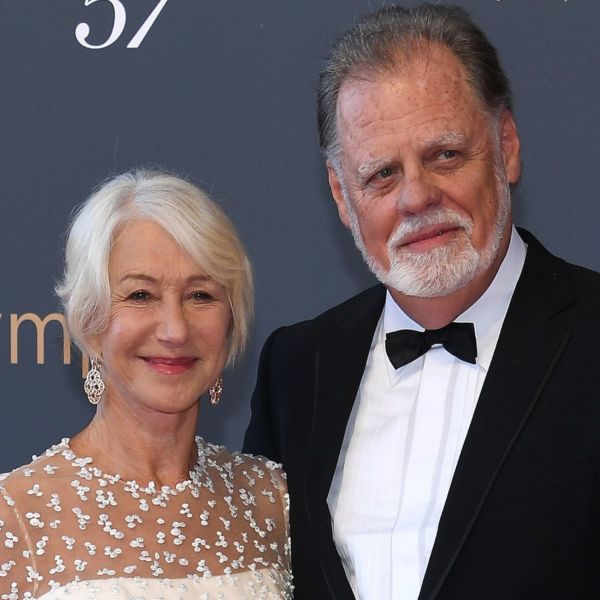 The Queen of our hearts Helen Mirren loves honest reviews, especially from her husband. We all love this attitude that she owns. Furthermore, we know that she is a person who has been very honest to her fans and the media. However, we are confused. Who doesn’t like to be pampered and spoiled by her partner? Well, apparently it’s her. And this is why we adore her more than many other actors in the industry.

Although she is a very busy actress, we know that she makes time for her personal life. In Fact, we see that she talks about a lot of matters about this with the media.

To know more about Helen Mirren’s life, her career, and all other gossip, you must keep reading the blog.

We all know that Helen Mirren had lived with Northern Irish actor Liam Neeson when she was in her 30s. In addition, we hear that they had met each other when they were working on Excalibur(1981). But for some reason, we see that their relationship did not survive.  In fact, in 1986, we see that she began dating Taylor Hackford, who is now her husband.

In the year 2000, we see that Nicholas Hytner had cast Helen Mirren in the role of Lady Torrance. The movie, obviously as we all know is Tennessee Williams’s Orpheus Descending at the Donmar Warehouse in London. Furthermore, we see that Michael Billington wrote in ‘The Guardian’ about her. He said that her performance was “an exemplary study of immigrant women”.

Let us talk about some of their important works of Mirren.  Firstly, as Marcella Morton in Cal(1984). We know that for this film she won the best actress award at the Cannes film festival. Secondly, we see that she starred in Prime suspect(1991). We are glad to see that for this series she won three BAFTA awards and one Emmy award. Thirdly, we see her in the film Madness of King George(1994) where she was Queen Charlotte. In addition, we see that for this film she again got the best actress award at the Cannes Film festival. Fourthly, we know that she starred in The Passion of Ayn Rand(1999). In fact in this film, we see that she got an Emmy award. Her other works include Hitchcock(2012), The last station(2009) and Trumbo(2013).

However, we all know that she won an Oscar for portraying Queen Elizabeth 2 in the film The Queen(2006). Thus we can say that all her notable works have inspired us a lot.

We know that Helen Mirren was dating Taylor Hackford in the 1980s. Furthermore, we see that they had met each other on the sets of Hackford’s film White Nights. However, we see that they had tied a knot in 1997 after they had dated for 11years. In fact, we hear that she told the ‘People’ that their wedding wasn’t an auspicious one.

Honesty In Their Love

In addition, we see that Helen Mirren says her marriage with Hackford is a very happy one. They have stayed by each other through all the ups and downs that life had to offer. When she was asked by the ‘People’ about her husband, the former president of the Directors Guild of America, she laughed. Furthermore, we see that the reporter asks her how her husband makes her feel beautiful. “Oh no, he doesn’t! I don’t think he ever makes me feel beautiful. It’s not necessary. That’s not what I love him for, honestly. We allow each other to do our own thing and get on with it.”

We hear from Helen Mirren that her husband and she respect each other’s privacy. Furthermore, we see that she admits that they have done so in their 25 years of marriage. “A really important part of love is to maintain your own sense of identity. In a way that’s the most important thing of all, to not subsume yourself into someone else, far from it”.

Furthermore, we hear that she talks about the pandemic and how it has caused inconvenience in everyone’s life. But she talks about a slight advantage that this pandemic had caused in her life.  “Covid was the first time in my whole life, I’ve not worked for six months. I know that people were suffering through that terrible time. But what was valuable for me was that I got to spend time with my husband.”  In addition, she told the reporters that she would “sit across the table from him every night for six months. This I have not done before and not worry about or even think about work.”

We are really happy to see that Helen Mirren and her husband Taylor Hackford are living a wonderful life. Although they enjoy their privacy, that has never shadowed their admiration and love for one another.

Also Read: What Were The Reasons Behind Scarlett Johansson Hating Woody Allen?