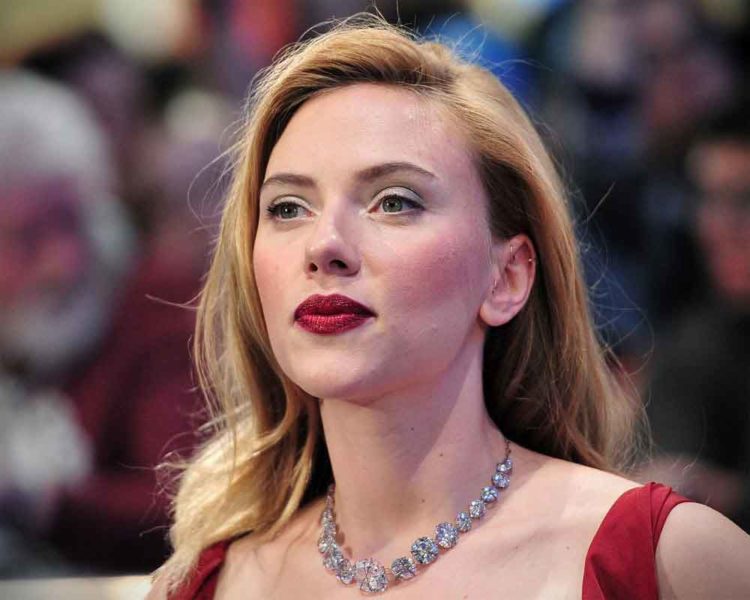 The showbiz world is full of surprises. You never know what news comes out at which moment. In fact, directors and actors often share a close relationship, and at times, there are certain misunderstandings as well. Yes, you guessed it right, we are referring to the actress Scarlett Johansson. If you are a regular social media user, you will know exactly what we are talking about.

Many of you might be well aware that Scarlett Johansson and director Woody Allen have shared a close professional relationship for a long time. However, Johansson once shared that she was not fond of a love scene, but the director convinced her to do it in one of his movies. This inevitably led to the actress hating Allen for a long time.

So would you like to know more about this story? Stay with us until the end as we will share some of the exciting gossip centering on the actress’s life and her present relationship with Woody Allen. Let us have a look!

Check Out Some Fascinating Details About Scarlett Johansson

There are very few celebrities in the Hollywood film industry who have gained immense popularity as Scarlett Johansson. The American actress was also the world’s highest-paid actress in 2018 and 2019. At the same time, she has been featured multiple times on the Forbes Celebrity 100 list. Also, Time magazine named her one of the 100 most influential people in the world in 2021. Moreover, her films grossed over $14.3 billion worldwide, thereby making Johansson the ninth-highest grossing box office star of all time.

The 37-year-old American actress has also received various accolades. This includes a Tony Award and a British Academy Film Award. At the same time, she is the recipient of nominations for two Academy Awards and five Golden Globe Awards.

As per the sources, it was right from her childhood that she wanted to be an actress. In fact, she made her film debut at a very early age with “North” in 1994 and gained early recognition for her roles in “Manny & Lo” (1996). However, Johansson shifted to adult roles in 2003 with her performances in “Lost in Translation” (2003) and “A Girl with a Pearl Earring.”

In fact, these roles helped her win a BAFTA Award for Best Actress. She also received nominations for Golden Globe Awards for these films. Later on, she worked with other famous directors and gained worldwide recognition. This list of famous directors also has Woody Allen, who directed her in Scoop (2006), and Vicky Cristina Barcelona (2008). However, nowadays, we know her mainly as Black Widow in the Marvel Cinematic Universe. She reprised the role in eight films and recently in her solo feature, Black Widow (2021).

By now, you must have guessed what we are about to discuss here today. Yes, it is surrounding the professional life of the “Lucy” actress, Scarlett Johansson. Many of you must have watched the crime thriller Match Point (2005), starring Johansson and Jonathan Rhys Meyers. As per the sources from the media, initially, Kate Winslet was to act opposite Myers. However, Winslet turned down the role, and the director Woody Allen approached Johansson for the role.

To judge whether the American actress was perfect for the role or not, Allen had to study other works of the actress. This was because he was not much of a person who could socialize well by meeting with actors personally, so he opted for this way to gauge her skills as an actress.

In an interview, Allen had also once said that he feels pretty uncomfortable talking to actors and actresses about hiring them; rather, it is convenient for him to just look through their videos and then select them. This was the same process he applied while casting Johansson. She was absolutely perfect for the character Allen was looking for.

“I had seen her in Lost In Translation and Ghost World and thought she was beautiful, sexy, a wonderful actress – completely interesting on the screen,” he said. Moreover, Allen felt like she was unique; she had a real depth in her acting. Therefore, he did not waste a single moment casting her for “Match Point.”

What were The Reasons for Johansson Hating Woody Allen?

Many of you might have this question on your mind as to what might be the reason for the Black Widow star hating the director Woody Allen. Let us share the details with you. If you have watched Johansson’s films, you will know that she has acted in many movies with intimate scenes throughout her film career.

However, the American actress once admitted in an interview that her scene in the movie “Match Point” was not quite comfortable for her. In fact, she was pretty agitated about it. One of the reasons is that the film’s conditions were not to the actress’s liking.

Let us share her exact words that describe her unpleasant experience while shooting this love scene. “I was definitely miserable,” she once said.  “I mean, getting fully wet and drenched, especially when you’re wearing jeans, is the most unpleasant thing, especially when you’re all nice and toasty, and they’re like, ‘We’re going to dump buckets of water on you.’ At first, I was like, ‘I could just get wet in the rain.’ They were like, ‘We have to make you drenched.’ I really hated my costume that day. I really hated Woody that day, too.”

In fact, it was equally disastrous for her co-star Meyers as well. As per the sources, he ended up hurting the actress in some way while shooting the scene. Johansson had a swollen eye for a couple of days, and while shooting, Meyers had but her lip and busted it open. At the same time, he sent her flowers the next day because he had indeed felt bad about the incident. This sweet gesture from her co-star certainly impressed her.

Allen was Not Sure That Johansson Took Acting Way Too Seriously

This showbiz world is full of different types of celebrities who widely differ from each other in terms of their nature. Therefore, we can never generalize them and bring them under one category. Needless to say, when it comes to famous and legendary directors, Woody Allen is one of them. Allen has worked with several actors and actresses for his films, so getting an appreciation from him is a big deal for any celebrity.

So from the moment Allen worked with Johansson, he could recognize the true actor within her. Therefore, he had a very high opinion of the “Marriage Story” actor. He felt that she could become one of Hollywood’s famous actors someday if she could follow a healthy lifestyle and stay away from controversies.

Allen had once said that he would not want to read about her in the paper with multiple boyfriends or in rehab taking pills. This would indeed ruin her chances of being a famous celebrity. However, the Oscar-winning director was unsure that she was actually pretty serious about acting. This is because the Black Widow star was pretty young at that time. But, later on, we could see that Johansson indeed turned out to be one of the legendary actresses of Hollywood.

So as we conclude, we can say that Scarlett Johansson is one of those few actresses who became one of the most famous celebrities through her hard work and dedication. It’s been quite a long since she became a part of the showbiz industry. She might have had multiple relationships in her personal life; however, her film career remains right at its peak. We wish her more success in the future.