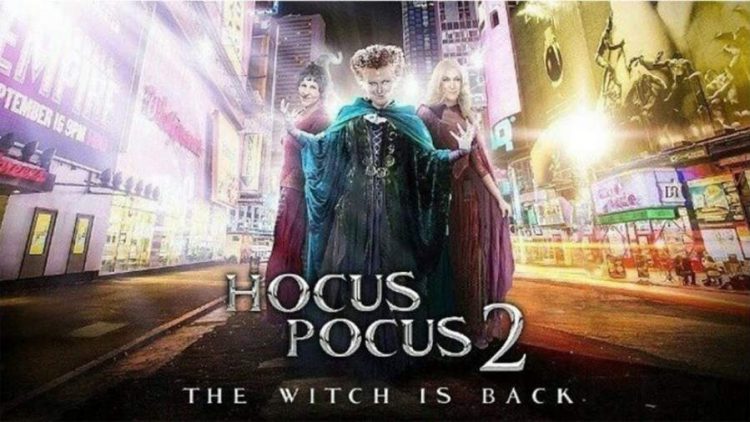 Hocus Pocus is a classic Halloween themed movie where many families all over the world enjoyed watching it during the holidays. Now it is set to have a sequel after many years. The first film had Bette Midler, Kathy Najimy, and Sarah Jessica Parker playing as the main leads along with Omri Katz, Thora Birch, and Vinessa Shaw. It got released by Walt Disney in 1993. The sequel for this film will get released on Disney+ soon. Many expect it to be better than the first film. Know about all the details of the film here.

When will Hocus Pocus 2 release?

The announcement regarding the sequel of the film made in 2019. But no one was sure of it at that point because creating a sequel for a cult film is risky. Now the film production is finally happening. The release date is not yet out. So we may have to wait for some more time for the updates.

The plot of Hocus Pocus 1

The film starts with three witches who get executed in the Salem witch trials that happened in 1693. However, by using a curse, the sisters vow to return back on Halloween to get revenge. The witches can only get summoned by a virgin who lights the Black Flame Candle. Then the film takes us to the modern age three hundred years later the incident. A teenager Max Dennison moves with his family from California to Salem, Massachusetts.

During Halloween, Max meets Allison who becomes his new crush. She shares that her family owns the Sanderson house and to impress her he asks her to show whether the witches are real. Max without being aware of the repercussions lights the candle and summons the witches.

The witches are weak so they must suck on the souls of children in the town so they start to attack the children. Max and Allison try everything to reverse the curse. The film ends with a happy note however it left an opening for future sequels. Winifred’s curse book is alive so the witches may get summoned again to wreak havoc.

The first film ended with a twist opening various possibilities for a sequel. The actors who played as children may become adults and return to stop the actions of the witches. However, it may also start with a new set of characters. Many people want to see the Sanderson sisters again as because of them the movie was a hit.

Hocus Pocus 2 is going to be a great release. It will bring many childhood memories of the people who watched the first film. Also, the sequel will become the favourite of the new generation viewers.