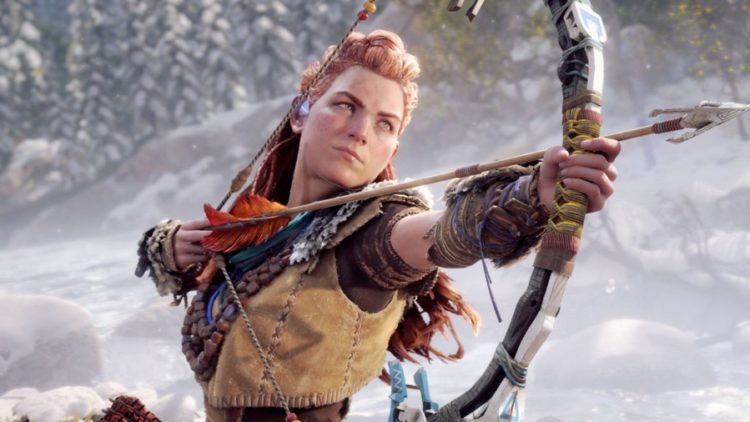 Playing video games on gaming consoles has become a pretty common pastime among the people of this generation. In fact, most of us like to escape from the monotonous life and enjoy some time in this fantasy world. Therefore, whenever any new game is released, people come up with fan theories and express their love and excitement in various ways. Especially if it is an open-world game, players will enjoy it more.

Due to these ardent fans, the gaming companies also gain profits and carry on their business successfully. However, if a popular game leaks before its official release, it is indeed a huge loss for the company. Well, it is what has happened in the case of PS4’s Horizon Forbidden West game. Needless to say, it is indeed a massive loss for Sony.

So would you like to know more about this incident in detail? Let us discuss some of the significant aspects of this ‘disaster’.

When was the Game Due?

So if you are reading this blog, it is pretty evident that you are curious to know some of the significant aspects of this news. As you know, one of the highly anticipated games of this year is the latest installment to the Horizon franchise. In fact, the Horizon Forbidden West game is lying in the topmost positions of the list. This is because of its diverse world and methodical combat. It had made the game look like an instant classic among fans and critics. You can have a look at the gameplay

If you are a regular player of this game, you must be knowing that Guerilla Games, known for the FPS series Killzone developed it. The developers released its previous sequel Horizon Zero Dawn in 2017.  However, its long-awaited sequel will arrive on February 18th, 2022. But sadly, some of the players have already managed to hack the game and started playing it.

The plotline of the Horizon Forbidden West

The game will continue with the adventures of our girl Aloy. She will battle with the machines and other dangers in the world she is surviving. She tries to know about the past and also uncover many mysteries in her journey. The machine-like beasts are ruling the world and Aloy sets to put an end to it. As humans are living in places grouped into colonies living is hard as they have to safeguard their lives from machines.

Aloy contains a device called Focus. This gives her powers to move safely in the world inhabited by machines. This game ended in a cliff hanger so the rest of the story will get continued in the new Horizon Forbidden West.

If you have previously played some of the Horizon franchise games, you must know that the hype centering on this game is massive. So when most of the players were eagerly waiting for the next chapter of Aloy’s story, some of the players already got a glimpse of it.

You must be knowing that the game is supposed to release in February; however, some of the players had already surfaced a few images of the game. However, the developers have not revealed anything much about the storyline of this sequel. But some of the eager fans could get a glimpse of their favorite game much early in its release.

In fact, as per the news, the images appeared on the Twitter account, whose id was @theDualSense. However, Sony was quick to take action regarding this disaster. So they quickly removed it. However, by then, most netizens had already got a glimpse of how the game looks outside its gameplay. Therefore, if you want to have a look at the posts on Twitter, you can have a look at

Even though the images do not display any significant set pieces or spoilers, it was a treat to the eyes of the fans. Needless to say, just like the first game of this franchise, Guerilla Games have indeed maintained their standard. They have again come up with something extraordinary and perhaps better than the previous one.

The new game will take place in San Francisco. In the trailer, a wonderful coastline appears. Then there are also the damages of the Golden Gate Bridge. Many mountains and plains appear and this is a feature always found in open-world games. Although we can identify it as San Francisco many things have changed because of the ravages of time.

The action game will also consist of new underwater play. Aloy will dive into the water and find machine alligators which she has to fight to move further. The game similar to its predecessor will contain many such types of beasts that are hard to fight.

What are Sony’s Comments on This “Disaster”?

Many of our readers are probably curious to know Sony’s reaction to this huge “mishap.” Well, that is the reason we have come up with some of the recent updates that we could gather. So if you would like to know about it, you can read through this section.

If you play games frequently, you will understand that this “disaster” is indeed going to cost Sony a massive amount of money. However, this is not something new for Sony. In fact, there are several instances like the game The Last of Us 2 and a few others that suffered from such leaks. But the fans did not expect Sony to repeat it this time.

Therefore, for the time being, Sony has refrained from commenting anything. However, removing the screenshots implies that this is a real deal. So if you are waiting for some official comments from Sony, you have to wait for some time.

By now, you must have got an idea about the upcoming new sequel of the Horizon franchise. In fact, the leak also proves that the fans are indeed pretty much excited about the release of the game. However, we are yet to see how Sony reacts to this significant “disaster.” So if you are wondering how the game will be, have a look at the blog.