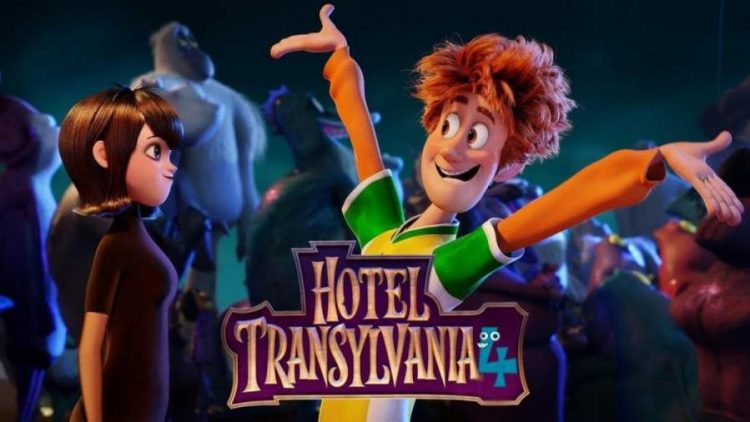 The plot of Hotel Transylvania

The story is about Count Dracula and the monsters living in the modern age. They are hiding from the humans whom they think are dangerous. Count Dracula builds Hotel Transylvania for the monsters to enjoy and no humans allowed inside the hotel. He raises his daughter Mavis as a single father after the death of his wife. But a human named “Johnny” visits the hotel accidentally and falls in love with his daughter. The count has to overcome his hatred towards humans and fulfil the desire of his daughter who “zings” with Johnny.

In the second film, Mavis gives birth to a son. She wants him to have a normal life however her father desires him to become a Dracula. In the third film, Dracula falls in love with a human named Erika who at the start of the film plots to kill him. She is the great-granddaughter of Van Helsing who is the nemesis of Dracula.

The third part of the film dealt with Count Dracula proposing to Ericka Van Helsing. So the fourth film will depict the wedding of Count Drac and her. They may also go on a honeymoon and spend enjoyable time with each other. The film also may introduce new characters.

The cast details of Hotel Transylvania

He is the overprotective dad of his vampire daughter Mavis.

He is a human who becomes the husband of Mavis. He looks hilarious however he is wise.

She is the feisty daughter of Count Dracula and late Martha.

He is the best friend of Dracula and is like an Uncle to Mavis.

She is a sea captain who falls in love with Count Dracula in part three. Later she gets engaged to him.

Hotel Transylvania 4 will be a great success as the story is full of comical as well as interesting events. We may learn of Drac’s new adventures in the new film. So get ready viewers.

Also read: The Animaniacs Reboot is Set To Release on Hulu in November