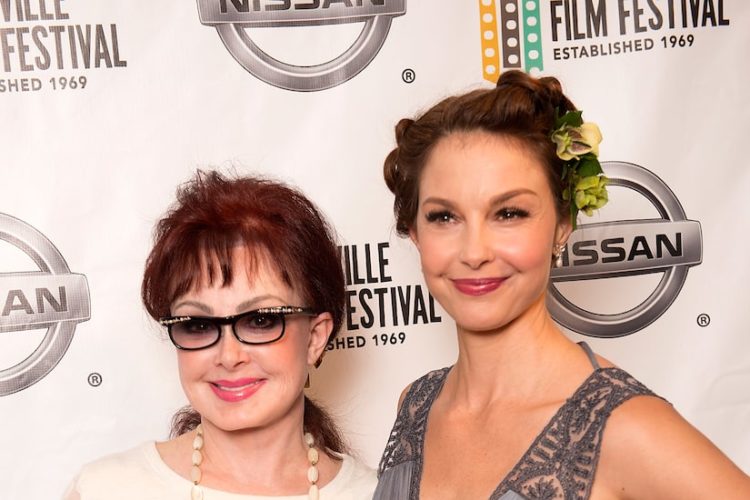 There are very few people who don’t remember the late 90s famous actress Asley Judd. Yes, she is indeed one of the finest American actresses. Even if you can’t remember her name, you can search her up online, and you will instantly recognize her. However, presently she has made the headlines due to some other reason.

So you must have already guessed from the title itself that Ashley Judd is currently dealing with the loss of her mother. Therefore, this year’s Mother’s Day will be painful for her. Keep reading through this article to find out why Judd said that her heart is filled with gratitude for her life and “incandescent rage” over the loss of her mother. Let us find out all the details!

Many of you who are Ashley Judd’s ardent fans must have heard about the actress’s tragic loss of her mother. Let us share with you all the significant details regarding this matter. As we mentioned earlier, Ashley Judd is one of the most famous American actresses and a political activist.

In fact, she grew up in a family of performing artists. Her mother, Naomi Judd, is also a famous singer. Both she and her mother were indeed very close to each other; therefore, she is shaken by this incident.

Needless to say, Mother’s Day 2022 was “shockingly” Judd’s first without her mom, she shared in a post. As per the sources, Naomi Judd died, reportedly by suicide, on April 30. Notably, Ashley and Wynnona Judd shared a piece of property with her, and they all lived within minutes of each other. What is more shocking is that even though they lived so near each other, they could not realize if something was wrong with their mother.

Ashley wrote in a post that “Naomi Judd died just hours before her peers at the Country Music Hall of Fame could demonstrate to her how much they esteem her.” In fact, she also, later on, said that their mother died just days before she and her sister could show her again how much they love and honor her. This was indeed an unfortunate incident.

Ashley could not help but blame herself that this was not supposed to happen as she had thought of visiting her on Sunday to give her a box of old-fashioned candy, our family tradition. So we always say, never delay expressing your love for your parents; you never know when you will lose the opportunity for your lifetime.

However, Ashley’s life changed in an instant. But Judd’s heart isn’t empty after the loss. “It is replete with gratitude for what she left behind. Her nurture and tenderness, her music and memory,” she said about her mother. Indeed this is a tough time for Ashley and her sister. We hope they can cope with it soon enough.

Why Does Ashley Judd Mean When She Says “Incandescent Rage”?

After reading the title, many of our readers might wonder why Ashley Judd feels this emotion of “incandescent rage.” Let us share with you all the details. If you have read Judd’s post, you must have seen how she has expressed her gratitude for her time and memories with her mother. However, that’s not all that’s in her heart. She shared, “Perhaps it’s indecorous to say, but my heart is filled with something else, too. Incandescent rage.”

In her post, she said her mother was “stolen from [her] by the disease of mental illness, by the wounds she carried from a lifetime of injustices that started when she was a girl.”This is what led her to commit suicide. However, the incident was so sudden that Ashley still finds it difficult to process the news.

At the same time, Judd referred to an assault Naomi Judd described in her memoir about depression, River of Time. This memoir tells her experiences with a lifetime of terror and panic. In this book, she had shared that a family member crept into the room when she was just recovering from chickenpox when she was a child. This left her with memories that scarred her for life.

Did You Know Naomi Judd Did Not Consent To Motherhood?

Many of you might not have actually known that Naomi Judd did not consent to motherhood. In fact, Judd says that her “mama was an extraordinary parent under duress” She also added that it was due to her mother’s guidance that she and her sister could learn how to lead their lives. It was indeed a great lesson in their life.

However, in Naomi’s life, motherhood happened without her consent. Yes, she had experienced an accidental pregnancy at age 17. She was pretty young at that time, which led her down a road familiar to so many adolescent mothers. Needless to say, fate had filled her path with obstacles.

Naomi Judd was candid about becoming pregnant with her oldest daughter, Wynonna when she was a teenager. In fact, her brother’s terminal illness also emotionally exhausted her from turning down her boyfriend’s advances. Leading her life was indeed pretty difficult.

Eventually, when Naomi and Wynonna grew up, they discovered that they had a talent for singing together. However, they faced hard times before becoming one of the most iconic duos in country music history. But Naomi later revealed all the glitz and glamor couldn’t stop her from seeping into depression.

It was probably becoming too much for her, due to which she had to take up the ultimate step. We hope Ashley can recover from the tragic loss of her mother soon.