How did Hayley Kiyoko & Becca Tilley Meet Each Other? Some of The Interesting Aspects of Their Relationship 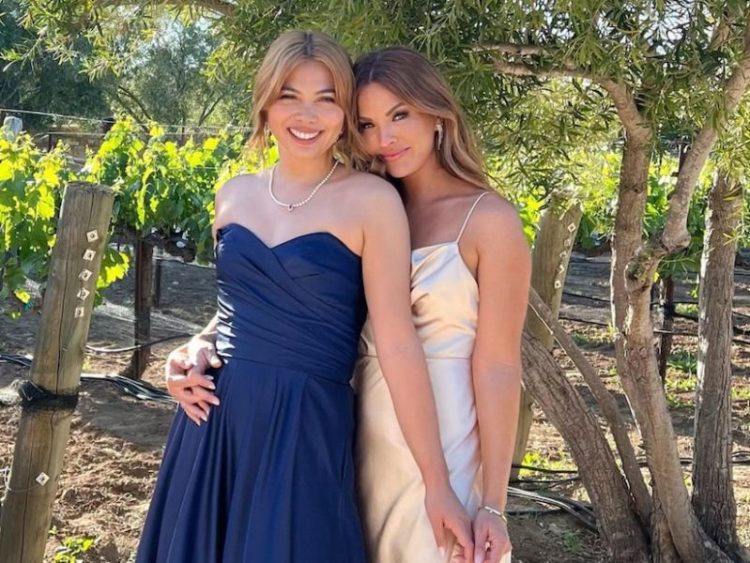 Are you a fan of the popular ABC show “The Bachelor”? Well, then you must be well aware of the Hayley Kiyoko and Becca Tilley’s relationship. Needless to say, this franchise of The Bachelor is grounded and centered around the concept of heterosexuality. So the contestants have been known for straying away from the norm. In fact, Demi Burnett is one of the popular stars fans have highlighted for embracing her queerness. This is presently one of the most popular shows.

Furthermore, in season six of “Bachelor in Paradise,” Burnett got engaged twice to Kristian Haggerty. However, sadly, the couple has split up recently. Another popular couple Colton Underwood, the lead of Season 23 of the series, has come out as gay. But presently, The Bachelor is making the headlines for Hayley Kiyoko and Becca Tilley’s relationship. Let us have a look at some of the interesting details!

Some Significant Details About Hayley Kiyoko

Since you are reading this article, it is evident that you are ardent fans of the popular show “The Bachelor.” Well, you are at the right place as we will share with you all the exciting details about the two celebrities.

Hayley Kiyoko Alcroft was born on April 3rd, 1991, in Los Angeles, California, the United States. Therefore, she is currently 31 years old. As you know, she is an American singer, songwriter, dancer, and actress. She had started taking dance lessons when she was a kid, and it was her love for dancing led her to work as a child model and actress.

Moreover, she was also the founding member of the Stunners in 2007. They had supported Justin Bieber’s My World Tour before disbanding in 2011. She had also issued three solo plays, all of which were successful. At the same time, following this, she released her debut studio album, Expectations, in 2018. The album gained immense popularity within a few months and was on the top 20 charts in the United States, Canada, and Australia. She is set to release her second studio album, Panorama, on July 29, 2022.

Who is Becca Tilley, Hayley’s Partner? How was Her Journey in The Bachelors?

If you have been watching The Bachelors for a while, you will know that one of the Bachelor Nation’s former contestants recently went public with their relationship. This has currently become a hot topic of discussion among the netizens. So at the center of it is Becca Tilley. You must have all heard about her on the 19th season of this show, right?

Tilley had made it to the final but could not win it ultimately. However, she returned in the following season. This season, she was trying to have a shot at love with Ben Higgins. Needless to say, Tilley’s fate was no different than it was in the previous year. Despite her unsuccessful attempts to find her true love, Bachelor Nation did not leave behind their favorite contestant.

At the same time, as we mentioned earlier, Hayley Kiyoko is also a part of the entertainment industry. She is an actor and musician. In fact, her career began in 2007 when she joined a pop girl group called “The Stunners.” However, she had started her career as a solo artist initially. So since then, she has released many EPs and a studio album. All of these brought Kiyoko into the spotlight.

How Long are Hayley Kiyoko & Becca Tilley Dating Each Other?

Many of you might be eager to know the answer to this question, right? Well, let us share with you the details. We know that celebrities like Tilley and Kiyoko remain in the spotlight mostly for their performances; however, they try to maintain privacy when it comes to their personal lives.

However, their fans could not help speculating and pairing both their favorite stars together when Tilley appeared in Kiyoko’s new music video “For The Girls.” Fans could not help discussing how Tilley laid a kiss on the singer and left us all gaping. In fact, the music video that was a clear satirical play on The Bachelorette indeed had a deeper meaning.

Furthermore, very shortly after the premiere of the “For the Girls” music video, Tilley uploaded a post on Insta. This was to confirm that she and Kiyoko were officially a couple now. In fact, that video had some of the sweetest and cutest moments of the pair. So it was very clear from those pictures that Tilley and Kiyoko are head over heels in love. However, how long are they dating?

Well, the Bachelor Nation star has already cleared the confusion. In an episode of her podcast, Tilley confirmed that she and Kiyoko had been together for four years. So, Yes, quite a long time indeed!

How did The Duo Meet Each Other?

Many of you will be eager to know how your favorite stars met each other and fell in love. Was it love at first sight, or was it a period of courtship between the lovebirds? Let us find out the details. So it was in an Instagram post that Kiyoko shared the details.

Through the Insta post, we learn how she met her now-girlfriend and saw their first pic together. As per the details of the post, Hayley Kiyoko met Tilley while attending the musician’s release party for the album “Expectations.” There was an instant spark between them, and the celebrities could understand that something was brewing. So it was right after meeting a couple of times that they could figure out that they were in love with each other. Now, the rest is history.

So as we conclude, we can say that Kiyoko and Tilley are presently one of the most popular couples in the Hollywood film industry. Needless to say, both of them are highly successful in their professional world.