How Did Reliance Capital’s House of Cards Fall? 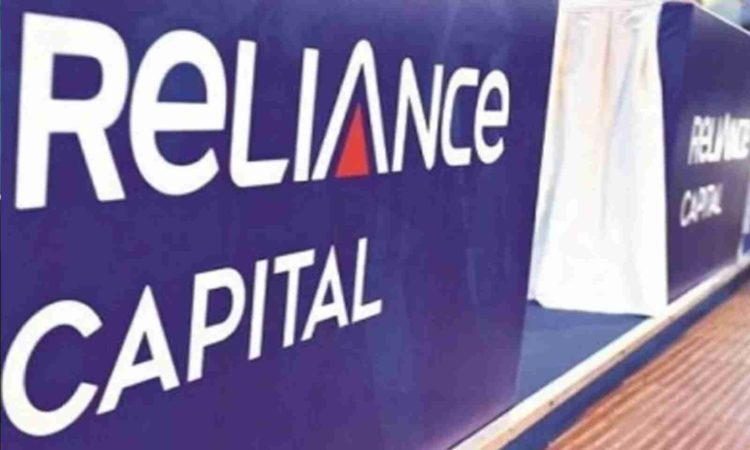 Let’s dive deep and see why did SEBI bar Anil Ambani from the market.  What led to such a situation that kept stacking losses up to 1,800 crores?  Can Reliance Capital bounce back into the market again?

In November 2021, RBI – India’s banking regulator took over Reliance Capital’s Board,  the group’s only non-banking finance company (NBFC). This takeover put RCL  (Reliance Capital Limited) in the backseat, taking the clout of bankruptcy on their faces.

Even the non-banking segment of the company did not endure. But how did Reliance  Capital find itself in such a precarious position?

The drama began in 2005 when the Ambani brothers decided to divide the family  business. Anil Ambani looked after the telecommunication and financial service-related  businesses. He was gambling on what he forecasted to be India’s “game-changer”. But  just getting a foot in the door was not sufficient; he also needed to know how to run a  business effectively. And, well, let’s just admit the performance wasn’t quite flawless.  Anil Ambani continued to make greater and louder (maybe riskier?) investments in the  Indian Media (Bollywood), real estate, and electricity sectors.

In order to excel at all costs, the Reliance Group’s subsidiaries relied on massive  volumes of borrowings and loans. Anil Ambani’s economic empire came down  like domino tiles in 2017 when one of his companies, Reliance Communications,  declared bankruptcy.

And what about the last tile to collapse? Reliance Capital is a private equity firm spread  across sectors like asset management, life insurance, financial advisory, commercial  lending, and housing loans – which is a lot to digest when you’re already in debt.

The diversified group of companies appeared to have a lot of promise initially. However,  issues began to surface shortly.

Consider, for example, Reliance Home Finance. You’d imagine that a home financing  firm offers money to ordinary people who want to buy their dream houses. Reliance  Home Finance, on the other hand, lent 50% of their funds to other businesses –  Construction and Property Development businesses. As anyone would have suspected,  operating cash concerns injured these industries, especially as the economic cycle  shifted. But situations grow considerably worse when you lend to companies in your  own circle that are having financial difficulties. Consider Reliance Home Finance giving  out tons of amounts of money as loans to Reliance Infra and Reliance Power. If those  companies are mishandled and falter, guess who’s getting dragged down with those  companies?

Strange, isn’t it? RCL’s finance team should have listened to their gut and advised the  board to not lend to companies under the same umbrella.

You can picture the set of circumstances in the Commercial Finance business if the  Home Finance arm was in this “inter-corporate lending” muddle (which only prefers  lending to fellow corporates). They were all in the same ship, contributing even more  money into Reliance Group’s backlogs.

Ultimately, when companies like Reliance Communications and Reliance Power began  to collapse and default on their debts, it led to a vicious cycle. Reliance Capital was struggling to settle its own debts. It barely had Rs. 11 crores in its bank in March 2019.  PwC, the company’s auditor, had departed by June 2019. The auditor expressed  dissatisfaction with Reliance Capital’s reaction to financial concerns raised during their  audit. Reliance Capital’s debt had been then de-escalated to a default position by Care  Ratings by September 2019.

Do you see how this type of unethical loan arrangement is worrisome?

Sure, we might say that the business climate might have played a role to some extent.  Remember the NBFC crisis of 2018, when infrastructure financer IL&FS declared  bankruptcy? And now, no one is willing to lend a penny to NBFCs like Reliance Capital  at all. Coincidence, much?

As a result, their economy tanked. And, in order to stay viable, Reliance Capital began  liquidating its holdings in firms that were genuinely performing well. Like its mutual fund business, which was formerly the country’s sixth-largest. Reliance Capital still has $9  billion in resources to repay its $2.9 billion debt.

However, the RBI had seen plenty of internal control challenges and chose to take  affairs into its own hands. What will the outcome of Reliance Capital’s collapse be? Let’s  take a glimpse at what occurred to another NBFC, DHFL, which had a similar  encounter. After the bidding round, the Piramal Group took over the firm, setting a  model for subsequent bankruptcy cases. Creditors, including banks, were able to  retrieve 30–40% of the loan amount. Shareholders, on the other hand, were swept out.  The stock markets discontinued trading DHFL’s shares on June 11, 2021. Small  investors kept 3.8 lakh shares in the hope of gaining some profit throughout the delisting  phase. They were however left with nothing.

We might even foresee a similar conclusion for Reliance Capital. While Anil Ambani’s  shareholding in the company has been reduced from 52% in December 2018 to 2% by  March 2020, retail investors have been flocking to the stock in the hopes of making a  fast profit anytime there is positive news. They currently have a 57% stake in the  business. If a DHFL-like event occurs, these investors might lose their whole  investment.

And those who lent funds to Reliance Capital, including banks, are anticipating 30 cents  in return for each dollar they lent.

Is there a saving grace to this? As Bloomberg’s Andy Mukherjee brought out, there is a  subset of people who were unaffected – “Depositors” who could be interested. Consider  what would have happened if the RBI had permitted corporate companies to open  banks. In 2010, Reliance Capital would have leaped at the first possible moment. And  the folks on the short end of the stick are probably the regular fixed deposit holders.

So, perhaps that’s one silver lining to this disaster. But, in general, it’s a terrible string of  affairs.

Mr. Ambani and three of his colleagues from Reliance Home Finance, one of his  erstwhile group of firms, were barred from trading a few weeks back by the market  regulator SEBI for manipulating the company’s finances and routing them to other group  organizations to pay back loans. Reliance Capital’s lenders have struck a deal on an Expression of Interest (EoI)  document to be published by the company’s administrator to potential bidders.

Potential buyers will be able to make an offer for the company, including RCL’s lending  book and subsidiaries. Is it a sigh of relief yet? Maybe.

On a quick side note  –  If you are looking to buy any insurance policy in general, do talk to Ditto, a new age insurance advisory service that helps people better understand  insurance.

You can book a free call on the website, get all your queries sorted, and even make a  purchase if you wish. The website also comes with a spam-free guarantee and you  won’t hear from them unless you absolutely want to.

Also read: How to Finance Your Management Buyout

How Much Worse Can WISH Stock Get?

What is The Difference Between Retail Banking and Corporate Banking?