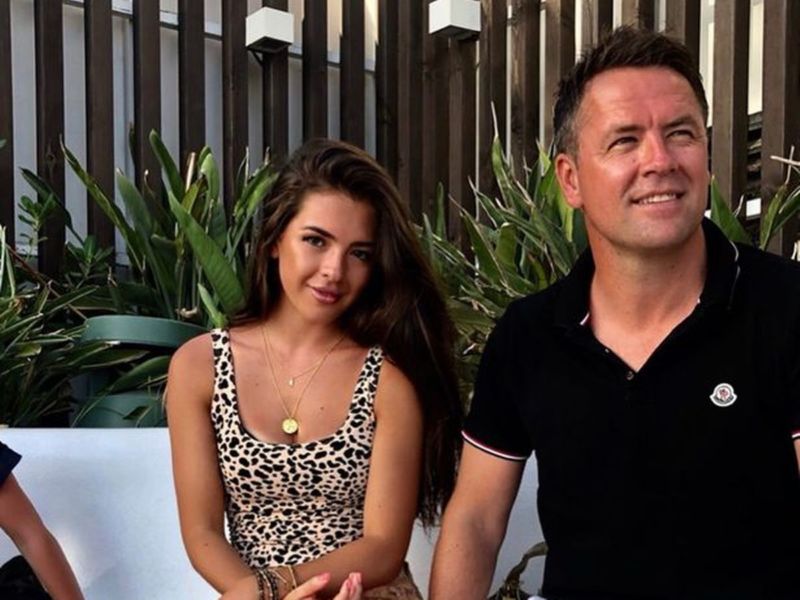 The sports world has various stories that reveal that players are often not in their proper mental state because of their hectic schedules. One recent case came up when Michael Owen was driven into counseling to save his marriage over jealousy surrounding his daughter Gemma Rose Owen. Yes, you heard it right. The “Three Lions” star recently admitted that his mental state on retiring from the game was highly precarious.

In fact, he started becoming enraged over every little thing. This also included his wife Louise’s close relationship with their eldest daughter, Gemma Rose Owen. You might find it hard to believe, but it is indeed true. Furthermore, for this, he also had to opt for counseling. So would you like to know more about how the celebrity footballer dealt with this mental problem? Stay with us until the end, as we will share some relevant aspects of his life with her daughter. Let us have a look!

If you are a fan of football matches, you will indeed know who Michael Owen is. Yes, he is a former professional footballer who played for Liverpool, Real Madrid, Newcastle United, Manchester United, and Stoke City. At the same time, he was also a part of the England national team.

The star footballer was born on 14 December 1979 in Chester, United Kingdom. Therefore, he is currently 42 years. After retiring from football in 2013, he became a racehorse bidder and owner. Furthermore, he also regularly features as a sports pundit and commentator.

Owen began his football career at Liverpool in 1996. He soared high through the Liverpool youth team because of his rapid pace and composed finishing. This helped him score on his Premier League debut in May 1997. In fact, at this time, he also became the youngest goalscorer on his team.

At the same time, Pele also named him on the FIFA 100 list of the world’s greatest living players. Moreover, internationally Owen also played for the senior England team in 1998. This made him England’s youngest player and goalscorer at that time. He also scored in UEFA Euro 2000, the 2002 World Cup, and Euro Cup 2004. Moreover, he is the only player to have scored in four consecutive major tournaments for England. So you can well understand that Michael Owen is one of the greatest English footballers.

As far as his personal life is concerned, he met his wife Louise Bonsall at primary school in 1984. The couple got engaged in 2004 and tied the knot on 24 June 2005 in Chester. Their first child, Gemma, was born in 2003. Later on, they also had three more children.

What Happened after The Footballer’s Retirement?

Many of you must have heard that the star footballer has written an autobiography in 2020 where the dad-of-four says that, to his surprise, he had found himself standing at a figurative cliff edge in 2014. He further mentions that a lifetime of a certain type of mentality of behavior has led him to a point where he had to seek professional help. Yes, it was pretty serious.

In his autobiography, he admits that for years because of his inner demons, he was intentionally harsh on his wife, Louise, about matters that he knew would trouble her the most. Moreover, he disliked his wife’s close relationship with his eldest daughter Gemma Rose Owen. However, he clarified that all this was simply because of his unstable mental state at that time. He loves and dotes on them both, so there is nowhere any feeling of hatred anywhere.

“I’d take everything out on Louise, though. He said, “ I’d accuse her of spending all her time with her eldest and ignoring the other kids.” However, finally, with the help of a doctor from Michael’s Manchester United days, he could return to his true self again. Both Michael and his wife Louise went to the doctor for counseling and took several lessons. Later on, Michael continued with the sessions alone to address his private issues.

How did Owen Manage His Mental Health Issues?

As anyone with severe mental health issues would feel, Owen felt the same way. He had once said, “I stared into an abyss called divorce, panicking…the whole process was a revelation.” Many of you might have a question regarding the father-daughter relationship between Michael and Gemma. In fact, this was unlikely the focal point of this year’s Love Island.

Moreover, Michael has expressed his great pride in his “clever and funny and kind, loyal and decent” daughter. In fact, in an interview, he has spoken about Gemma’s role on the ITV2 show. The English footballer said, “She’s still our baby. I’m still my parents’ baby, and I’m 42! It’s how it is.” Presently Gemma is being lined up for her own TV show after leaving the villa.

As per the sources, the TV bosses are eager to sign her up for a fly-on-the-wall-style show that tells the story of her life as the daughter of Michael Owen. Moreover, the producers believe that following Gemma around the posh Cheshire hangouts and her travels to Dubai would take the show’s ratings to new heights.

Needless to say, Gemma Rose Owen has become an internet sensation after taking part in the dating show Love Island. She has indeed become a central figure in the eighth season of this show. However, Michael came to her rescue when some viewers labeled her “rude.” The former footballer and her father termed her “The most amazing girl you could meet.”

At the same time, he also addressed criticism over Gemma’s age, saying that at 19 years old, she has two years more than he had to get ready for life on the public platform. Moreover, we also get to hear from Gemma that her dad was not happy when she signed up for this dating show. However, he always supports what she chooses as her profession. She is presently doing well in the show and has caught everyone’s attention right from the beginning.

So as we conclude, we can say Michael Owen is one of the most popular players in the history of football. He has won countless awards and recognitions over time. We might not understand everything from the outside; however, a sportsman’s life is not easy. Due to several aspects, they often face severe mental health issues that create difficulty in leading their lives.

Even though Owen had suffered from a dark mental phase, he is doing fine now. Moreover, her daughter Gemma has also become a sensation. It is because of her being a part of the Love Island dating show.