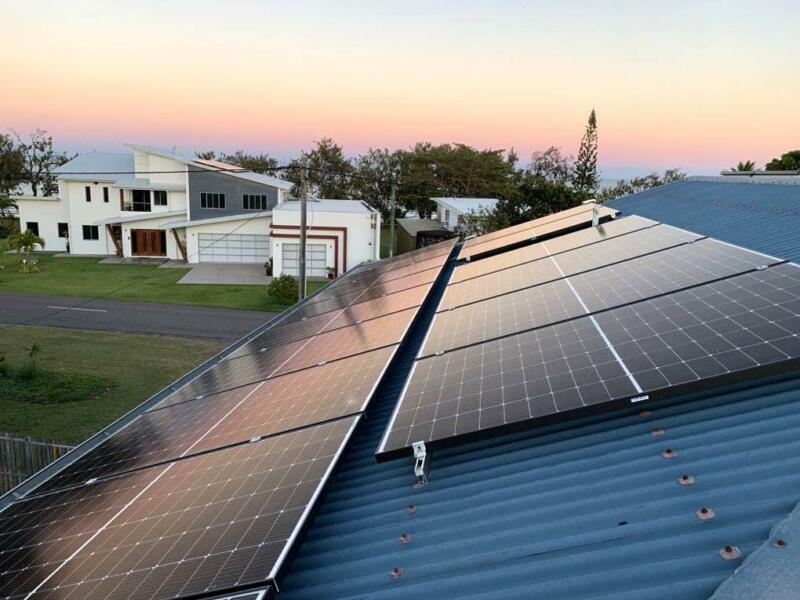 You often hear people talk about how solar panels are a great investment and will save you money on your electricity bill, but what does that actually mean? How long until I’m getting free electricity. Solar panels can pay for themselves in as little as 3 – 5 years. This means that after the initial investment, you will be saving money every year for the next 10 – 15 years.

If you are adding a battery, this will increase to a 10 year payback period, which is as long as a battery is good for… so what’s the point?

How is the payback period measured?

The payback period or ROI is the amount of time it will take for your solar panels to “pay for themselves” by generating enough savings on electricity to offset the cost of the initial investment. In other words, if your payback period is 5 years, then after 5 years of owning solar panels, you will have saved enough money on your electricity bills to cover the cost of the initial investment.

How does this work in practice?

Let’s say you buy and install a 5kW solar system for your home. This size solar system might cost you around $4,633 after rebates.

With the system producing about 20kW a day, one can expect to save around  $1,325 per year. Going by that, a 5kW system will have paid for itself in just 3.5 years.

It’s important to remember that the payback period is different for everyone, as it depends on a number of factors such as:

How to maximize the use of solar power

Solar energy is a great way to save money and reduce your carbon footprint. Here are some tips on how to get the most out of your solar panels:

When it comes to lighting your home, it’s best to take advantage of natural light as much as possible. This means opening blinds and curtains during the day and using task lighting rather than overhead lighting.

3. Use solar power during the daytime

5. Use a solar calculator

A solar calculator can help you determine how much money you can save by switching to solar. Solar calculators take into account the cost of the system, the amount of sunlight you get, and the cost of electricity in your area to give you an estimate of the savings you can expect.

What can prolong the payback period of your solar system

1. The cost of the system

2. The amount of sunlight you get

The amount of sunlight you get also plays a role in the payback period. If you live in an area with less sunlight, it will take longer for the solar panels to generate enough electricity to cover the cost of your investment.

3. The cost of electricity

The cost of electricity is another important factor. If electricity is cheaper in your area, then it will take longer for the solar panels to generate enough savings to cover the initial investment.

But with the rising costs of fossil fuels, solar is becoming increasingly more cost-effective, even in areas with low sunlight and cheap electricity.

5. The size of the system

A larger system will generate more electricity and save you more money on your electricity bills. However, it will also cost more upfront. As a result, the size of the system also plays a role in the payback period.

6. The efficiency of the system

A more efficient system will generate more electricity per square meter, which means it will have a shorter payback period. Solar panels have come a long way in recent years and are now more efficient than ever before. Even though the overall cost of a solar system has come down, the efficiency of the panels has increased, which has shortened the payback period.

Also read: 4 of the Latest Trends in Solar Power