How Long were Linda Kolkena and Dan Broderick Together? 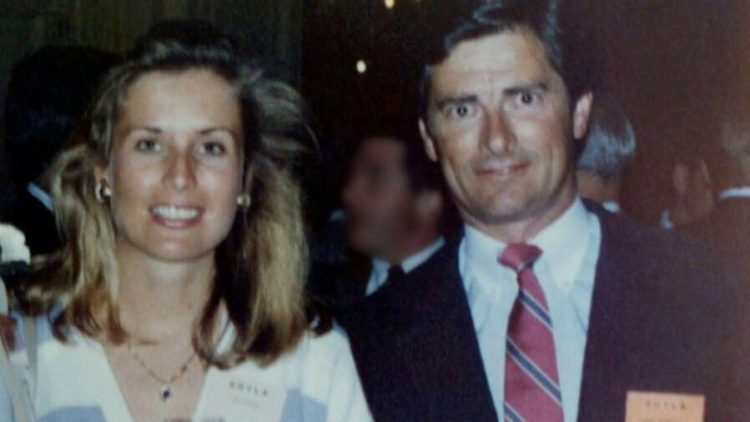 Linda Kolkena was 21 years old at the time when she met Dan Broderick. He was 38 years old attorney who already married Betty Broderick. In 1983, Linda resigned from her air hostess job to join the office where Dan was working. She joined there as a receptionist at Dan’s office.

In 1983, Linda joined as a receptionist at the office where Dan was doing his legal practice. Betty got a doubt when she attended the party where Dan called Linda ‘beautiful.’ Based on a statement, Dan refused to have an affair with Linda but she forced him. This was the statement from Betty Broderick. However, Dan started dating Linda later.

On November 22, 1983, which is on Dan’s 39th birthday, Betty went to her husband’s office to give him a surprise. But she went to check that both Dan and Linda went out together for celebrating Dan’s birthday. Similar to that, Betty didn’t find them in the office. She began to notice the birthday celebration in his cabin. Betty saw a picture of Dan on Linda’s desk and it was the old photo taken before their marriage.

Later in February 1985, Dan Broderick moved out of the home where Betty and his children were staying. Then, in June 1988, Dan and Linda got engaged.

On April 22, 1989, Linda Kolkena and Dan Broderick got married. They planned their wedding ceremony at their home in San Diego. Linda was much worried about the threat she got from Betty. Thus, she requested Dan to wear a bulletproof vest at the wedding ceremony. But Dan denied her suggestions but hired some safety guards.

Linda was much worried about Betty’s behavior and she planned to get some suggestions from her friend and divorce lawyer. They suggested to get some restrictive orders against Betty’s act. Again, Dan denied this suggestion and asked Linda not to file any documents.

The couple stayed almost five years together before marriage. In such a period, Betty used to send abusive about Linda and offensive messages to Dan’s answering machine. For such an act, Dan will reduce £76 ($100) for each of her offensive messages. This was from her monthly payment of £6,800 ($9,000) from Dan to Betty.

On November 1, 1989, Dan officially sent a legal notice to Betty that includes criminal contempt charges. He sent this for sending him threatening and offensive messages to both Dan and Linda’s phones.

Betty Blamed Linda for Sending her a Poison-Pen Letter

On one side, there was a big fight going on between Dan and Betty, and the case was also filed in court. On the other side, Betty cursed Linda Kolkena and called her using many offensive and bad names through voicemail messages. She sent such messages to the couple’s answering machine. One day, Betty got a letter that includes the picture of Linda and Dan. Even some sentences present in such a letter like ‘Eat your heart out, bitch’. Betty doubted Linda and she blamed her for sending this letter to her.

“As pretty as Linda is, her looks R not her best part, she has the most wonderful, pleasant, sweet disposition of any woman I’ve ever known…” Dan Broderick & Linda Kolkena wedding 04/22/1989 #bettybroderick #danbroderick #lindakolkena #awomanscorned #dirtyjohn #truecrime pic.twitter.com/JauhVrTmWn

But Linda Kolkena and Dan’s friends are much supportive of them and they didn’t support the evil allegations made by Betty.

The Cruel Murder of Linda and Dan

Almost for five years, Linda Kolkena and Dan were together before marriage. But after marriage, they were together just for six months. After that, the couple was murdered by Betty. On November 5, 1989, Betty went to Dan and Linda’s house. It was a horrifying morning and Betty got their house key from her daughter. She carried a new pistol in her hand and moved to the bedroom where she shot both Linda and Dan. She shot Linda with two bullets, one in the chest and another bullet in the head. She used the third bullet to kill Dan and she shot in his back.

Both Linda Kolkena and Dan died at the spot. At the time of their death, Linda was 28 years old and Dan was 44 years old. Linda died soon after she shot the bullet on her head which entered her brain.

After five days of this murder, around 600 people attended the funeral of Dan and Linda in San Diego. The funeral happened at St. Joseph’s Catholic Cathedral. Then, their bodies are kept in wooden coffins and then, covered with white and red roses.

Based on this true story, the TV series ‘Dirty John: The Betty Broderick Story’ was taken. Christian Slater and Amanda Peet played the main characters of Dan and Betty. This series shows how the family’s problem affects others involved in it. It means how the fight affects four children in their family. Rachel Heller played Linda’s character.

Where is Betty Broderick Now?

Betty murdered her husband and his second wife brutally. Thus, she was sentenced to 32 years in jail. As of February 2021, she completed 29 years of her life sentence. Also, she refused twice parole over the years. At present, she is 74 years old and during her next parole, she will be 84 years old. Thus, she is now in jail and undergoing her life sentence.

This is all about the murder case of Dan and Linda. So, the couple stayed together for just six months after their marriage.