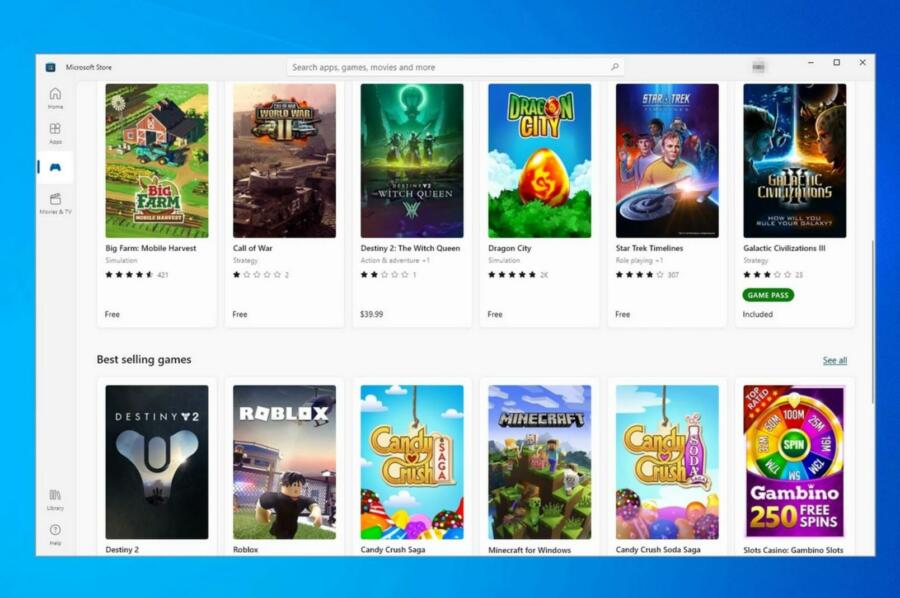 It’s funny in some ways for those that were able to live in the 90s and through the early 2000s. We saw the dawn of computer games heading towards a mainstream, multi-billion dollar industry these days. Yet no matter how many new games are released for the PC each year, these classics will continually reserve a special place in our hearts.

These were there for us when we wanted to take a ‘break’ from work or spend a few hours playing them instead of studying for that final exam. So even before we go through the list below, you probably already have nostalgic images of some of these games below.

They’re still with us today, as they’ve become some of the most desired games that are now available on web browsers and our mobile phones. It seems as if these games will be with us forever, so we’ll take a look through history. Which game would you rank as number one from this era?

Microsoft was trying hard to push the fact that their operating system wasn’t only for the workplace, but could be used at home, so they would launch these entertainment packs that included several games, which, subsequently, people would play in the office.

We first saw Microsoft FreeCell join the ranks with the second entertainment back in 1991 as a separate install. By the time Windows 3.1 launched, it was pre-installed there and has been included in most subsequent Windows Versions, except for Windows 8, which it skipped and then included in Windows 10 again.

FreeCell is a Solitaire version that is known to have every game winnable. Klondike Solitaire and other formats have an element of luck in them, whereas FreeCell is all about skill. All the cards are present, and you make your own piles in descending order as needed. It’s about thinking ahead to make the right piles. Microsoft did leave some unsolvable ones on purpose, though, within their 32,000 different deals.

In the days when a new version of Microsoft Windows was huge for the industry, some would wonder what the new features would be and if there would be any extras. First, coming as a bonus with the Windows 95 Plus! Pack, we got our glimpse of Pinball for Windows – Space Cadet.

Eventually, it became a mainstream game starting with Windows NT 4.0 (which many of us on the consumer side wouldn’t see often) and would appear in later versions of Windows as part of the set of pre-installed apps and games. We would see it from Windows 2000 to Windows ME, to the legendary Windows XP. You can still find this downloadable on the web.

The game itself was all about competing missions via playing pinball. These missions would be chosen as a player hits them with the ball. Then there would be a set of tasks, similar to a quest in modern gaming, that the player would need to complete. As you completed each task, the machine would start to light up until you completed the mission.

One of the oldest games that also came with the original entertainment pack is Minesweeper. The objective is to find the mines and mark them with a flag. Some numbers help to show how many bombs are nearby, from one to four. The number tells us how many bombs are found on either the corner or the sides of the square. Victory happens when all mines have been flagged.

There are different-sized maps and variations for this game, but in the end, it’s still one of the classic games we have all played in the office at one time or another. Even knowing the rules and strategies, it still gets the best of us from time to time, especially when we make the custom map with most of the squares being mine!

Another game pulled out in Windows 8 has also seen a resurgence in Windows 10 with most of the different iterations, even an adventure mode included, all for free!

Yet another variant to the classic Solitaire, Spider Solitaire is a game that can add an exponential amount of difficulty with each suit added. It was first included with the Windows ME operating system in 2000. You start out the game the same way, building sequences of cards in descending order. The complexity comes from the fact that you can choose to play with either one suit color or all four. Adding more suits means more sequences that need to be built, regardless of the color.

Either way, this has become the second most popular Windows game because we all know what the first one is.

This is probably one of the games or card games that came to your mind first. The original analog game is a couple of hundred years old, yet in its recent iteration, it’s known for the sheer working hours lost, as people chose to play this game instead of doing their job!

Microsoft included this with positive thoughts only. It was a way to get people to learn to use the mouse and interact with Windows as a tutorial, so it wouldn’t be so daunting. People learned and simply continued to play.

This is one of the easiest card games to learn and difficult to complete or master. Players draw one or three cards at a time and place them on the playing field in sequential descending order. For example, kings can be moved to open spaces, and Aces are the first card that can be positioned in one of the four placeholders. The objective is to put all the cards with the right suits in ascending order.

Easier said than done, as people have calculated that less than half of every Solitaire game can be completed.