How Much Does The Cast Members of Yellowstone Earn from The Show? 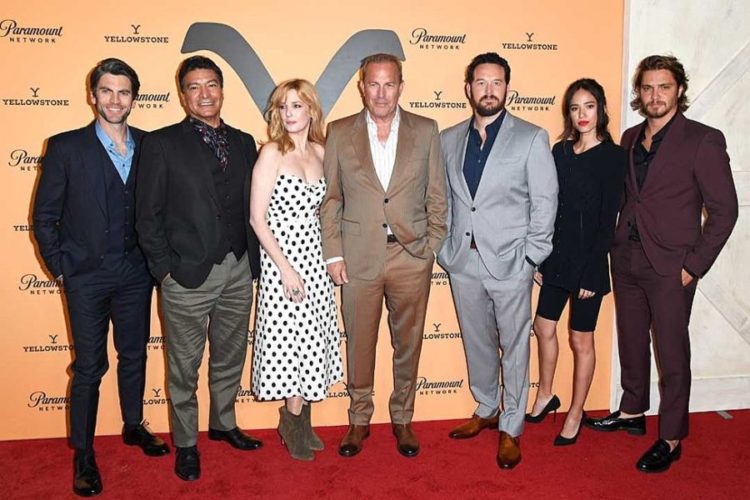 It is not surprising in today’s world that popular shows like “Yellowstone” or similar shows will shake up the Hollywood film industry with their massive and record-breaking net worths. Needless to say, in terms of popularity, this show has gained immense popularity. “Yellowstone” debuted on the Paramount Network in 2018.

The series centers on John Dutton (Kevin Costner) and his family as they struggle to maintain control of the Dutton Ranch. They are the largest ranch in Montana. However, which of the show’s cast members has the highest net worth? Would you like to know about them in detail? Stay with us until the end, as we will share some of the interesting info with you.

What is Yellowstone All About? Have A Look At The Complete Cast

Many of you already know that Yellowstone is one of the most popular American drama television series Taylor Sheridan and John Linson created in 2018 on Paramount Network. The series stars some well-known artists like Kevin Costner, Luke Grimes, Wes Bentley, Kelly Reilly, Cole Hauser, and Gil Birmingham.

The show is about the conflicts along the shared borders of a large cattle ranch, an Indian reservation, and a land developer—the fourth season premiered on November 7th, 2021. Moreover, in February 2020, the makers renewed the series for a fifth season. However, they will split the season into two installments of seven episodes each. As per the sources, the fifth season will probably be available for the fans on November 13th, 2022.

Also read: How Much Does The Atlanta Cast Make from The Show: Check Out Their Net Worth

Kevin Costner plays the role of John Dutton, who is a widowed sixth-generation patriarch of the Dutton family. They operate the Yellowstone/Dutton Ranch. In fact, they are the largest contiguous ranch in the United States. As the series progresses, we find him continually challenged by those seeking to take control of the ranch’s land. Meanwhile, Josh Lucas plays the role of young John Dutton in the series.

The character Luke Grimes plays that is Kayce Dutton is also one of the major characters in the series. He is a former US Navy SEAL, and he is John and Evelyn’s youngest son. In addition, Kelly Reilly plays the role of Bethany or “Beth” Dutton. He is a financier and John and Evelyn’s third child and only daughter. She is loyal and highly protective of her father. Wes Bentley acts as Jamie Dutton, an attorney, and aspiring politician. He is the second-oldest child of the couple. Also, he has an intense love/hate relationship with his sister Beth.

Cole Hauser plays the role of Rip Wheeler, the ranch foreman at the Dutton Ranch. He is also John’s right-hand man and enforcer. Kelsey Asbille plays the role of Monica Long Dutton. She is also Kayce’s Native American wife and John’s daughter-in-law.

Do Most of The Cast Members have A Similar Net Worth?

Since you are reading this article, it is evident that you might have already watched the show and therefore want to know about some of the interesting details. Well, you are at the right place as we will share with you some of the relevant info about the show here.

When a show has a star like Kevin Costner, it is expected that he will have a net worth much greater than the others. However, the rest of the show’s cast carries a similar net worth. For instance, Cole Hauser, a veteran actor with credits dating back to the early 1990s, has a net worth of $8 million. In fact, his co-stars Kelly Reilly and Wes Bentley are also not very far behind with $5 million and $3 million.

If you have watched the show, you will know that Reilly plays Beth Dutton on “Yellowstone,” while Bentley plays her brother Jamie. Moreover, their on-screen sibling Luke Grimes who plays Kayce Dutton on the show, has a net worth of around $500,000. At the same time, Danny Huston (Wonder Woman) appears in “Yellowstone’s” first two seasons and has a net worth of roughly $3 million.

So now, you must be eager to know how much is Kevin Costner’s net worth? Is there a vast difference from his co-stars? Let us find out!

Many of you fans of the legendary star Kevin Costner will have a rough idea about his net worth. Therefore, it is no surprise that his net worth can be as massive as $250 million. Needless to say, it surpasses all of his co-stars in “Yellowstone.” After all, the Oscar-winning star has countless hits to his credit. He has also received several prestigious awards because of his incredible acting skills.

Kevin Costner also has a long history of working behind the scenes. He probably earns $500,000 per episode of “Yellowstone” and produces the show. So you can well understand the level of his popularity. On the other hand, the actor with the second-highest net worth on the show is Josh Lucas. He plays the younger version of Costner’s character.

In addition, Lucas has also appeared in popular movies like American Psycho, Sweet Home Alabama, The Lincoln Lawyer, and Ford v Ferrari. His net worth is currently $10 million, even though he has a recurring role on the show.

What is The Net Worth of The Yellowstone’s Creator?

Sheridan has written scripts for films like Sicario and Hell or High Water. He was the scriptwriter and director of the movie Wind River starring Jeremy Renner and Elizabeth Olsen. In fact, Sheridan also returned to write the 2018 sequel of Sicario: Day of the Soldado.

Therefore, his present net worth is probably around $15 million, as per the sources. Even though it is far from Kevin Costner’s net worth, the total places him above most of the cast of Yellowstone. Many of you might not know that both these celebrities serve as producers behind the show’s scenes.

So as we conclude, we can say that “Yellowstone” is one of the most popular TV series. Needless to say, the star cast makes the show a grand success. Especially when there is a legendary actor like Kevin Costner, the show will be a major hit. So you can look at the net worth of the stars of Yellowstone here.

Also Read: Who is Jennifer Landon “Teeter” from Yellowstone?