Who is Jennifer Landon “Teeter” from Yellowstone? 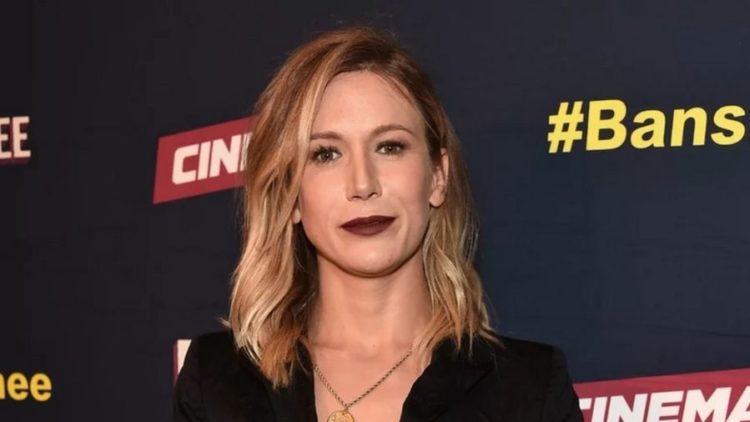 The article is for those who are not familiar with Jennifer “Teeter Yellowstone” Landon. Moreover, if you know her, then we are sure you will find something interesting about her. We all know how playing Teeter in the popular western drama “Yellowstone” has landed Jennifer the recognition. Some would sure love to know more about the celebrity.

Jennifer Landon has amassed quite a fan following who love to cheer on the relentlessly focused ranch hand. Not to mention, her history in the soap opera has also gained her fans who remain loyal to her. Remember the powerhouse “Days of Our Lives”? Well, not only that, but she also appeared in “As the World Turns,”. This, however, won her three Emmys.

If you are still not familiar with the actress after the mention of Teeter Yellowstone, then how about Micheal Landon? The little girl of the actor of ” Little House on the Prairie” has grown to be a talented woman. Her connection with the title Landon landed her first gig at the age of just five. One can say that she has acted, rather stayed in the entertainment industry for quite long. Moreover, she is still finding ways to go far career-wise.

From soap operas to running with a religious crime syndicate. Furthering her career nonchalantly on a ranch, we present to you the life of Jennifer Landon.

The Woman who has it all

Did you know that Jennifer was born into what many would call Hollywood royalty? As we have already mentioned that her father was Micheal Landon. She was born on August 29, 1983, in Malibu, California, to Micheal Landon and Cindy Landon.

She has done her schooling at New York University and Brentwood School. Moreover, she has multiple siblings. They are Leslie Landon, Michael Landon Jr., Mark Landon, Christopher B. Landon, Shawna Landon, Sean Matthew Landon, Cheryl Ann Pontrelli, and Josh Fraser Landon. If you don’t remember who he is, let us jog your memories. He is the famous actor and the filmmaker behind hit shows such as “Little House on the Prairie” and “Highway to Heaven.” Sadly, the talented actor died in 1991 from pancreatic cancer.

Jennifer was only seven years old when she lost her father. However, one can say that her memories of her father are warm. As told to the Smashing Interviews Magazine, she remembers her dad simply as the best. She said, “I had a lot of respect for him. He didn’t even have to get upset because you weren’t going to do anything to piss him off, which was nice.”

One of her early memories includes her watching her father’s works on TV. Moreover, she once said that it makes her feel very good. The special opportunities have become a special remembrance for her.

She was only five years old when she landed her first role in Hollywood. She joined the cast of Highway to Heaven. Since it was her dad who was the major part of the series, it is not surprising to many to find her there.

Her father provided her with the first opportunity to show the world how talented she is in front of the camera. She told Smashing Interviews Magazine that she was anxious while playing the character amidst such amazing actors. She said, “I think I was nervous. I was a pretty smart kid and intuitive. There were all these other kids there and acting was their bread and butter. They were child actors and I wasn’t.”

Jennifer Appeared on as the World Turns for Five Years

Imagine the dedication of Teeter who appeared on a show for five straight years. Although she said that she was anxious about the sets, she went ahead and chose this field professionally. She bagged the part of Gwen Norbeck Munson on “As the World Turns”. Moreover, she gave her all to the character. She did it so well that she earned three consecutive Emmys for her performance.

Although there was a stance in the interview with Smashing Interview Magazine where she said that she didn’t want to pursue acting. However, she felt things turn on for the better.

It was her role in “As the World Turns” that she recalls the acting job. According to The Pioneer Woman, the Teeter famed woman had an enormously successful run on the beloved soap opera. She has appeared in up to 500 episodes. What is more important than it wasn’t her last as she joins Days of Our lives:

She returned to soap operas by joining the cast of Days of Our Lives. She went back to her roots. Moreover, the character of Hillary Nelson landed her to become the hottest installation. The character was also supposed to be appearing in an episode arc of eight to 10 episodes.

8 months of waiting to get Teeter Yellowstone

I would have never guessed that teeters dad was Michael Landon #YellowstoneTv #teeter #yellowstone pic.twitter.com/OXs5tY20yZ

It took her almost eight months from her audition to be selected for Yellowstone. Yes, we are not kidding. Jennifer Landon joined “Yellowstone ” in 2020 as Teeter. Moreover, when she joined the cast as Tester, a woman came on board the ranch’s team as an extra set of hands. Teeter can hold her own in any situation as the character brings a lot to the table.

After landing the role eight months later, she said it was unreal. In an interview with Bridle & Bit Horse Magazine, she said, “One of the most unique horse experiences that I’ve had was during … [S]eason [3], where we ran 200 wild horses over several acres in a field!”

Question: Is she married?

Answer: No. She has not married. Moreover, she has kept her personal life away from the glitz and glamor.

Question: What is her net worth?

Answer: The net worth of Teeter Yellowstone is 7 million dollars.

Question: What are her nicknames?

Answer: Some of her nicknames are Teeter, Landon, and Jennifer.

There is no ending to knowing about someone’s life as the show goes on. If you want to know more about Jennifer “Teeter Yellowstone” Langdon, you have to keep a tab on our blogs. We will keep updating you with our recent findings.