How to Calculate Celsius to Fahrenheit?

by Shivam
in Education
5 min read
0 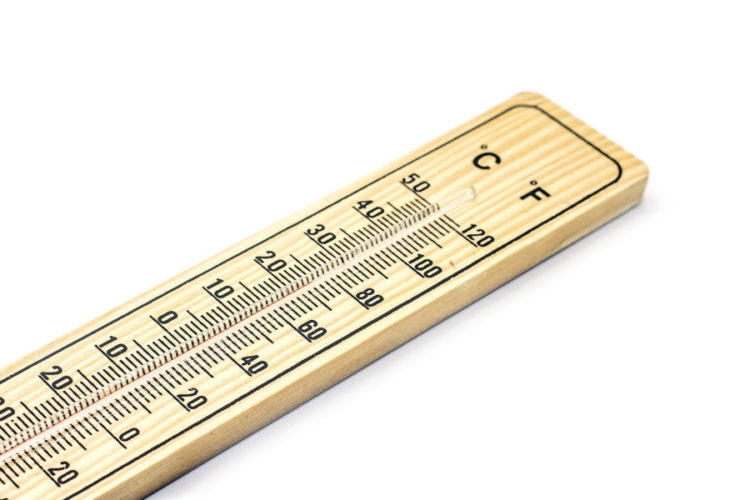 In the science classes, you have read about celsius and Fahrenheit. There, were some lessons where the science teacher taught us to use and interpret the temperature scale of Celcius. However, for those, who are used to the Fahrenheit scales, it can be a bit problematic. So, you are probably wondering how to calculate the Celsius to Fahrenheit scale.

Therefore, to answer your question, we will provide the mathematical formula so you can easily crack the code and find out the figures yourself. So, you can use the formula to convert between the two units of temperature. So, the conversion between Celsius to Fahrenheit or Fahrenheit to Celsius to easy peasy now. Moreover, with this quick trick, you don’t even have to use a calculator as well.

However, before we go on to explain the conversion trick, let’s view some key differences between the two units.

Key Differences Between The Two Units

So, as well all know, Celsius or centigrade is the most common scale to measure temperature in the world. In fact, nearly all the countries use this. So, this is a part of the metric system, or SI unit, that we have read in our science classes.

On the other hand, not all countries use the scale Fahrenheit. In fact, only five countries use this unit officially, i.e, United States, Belize, Cayman Islands, Palau, and the Bahamas. In addition, it’s not part of the metric system, but a part of the imperial system. We don’t see its typical usage in science.

How Do You Convert Celsius To Fahrenheit?

So, there’s a math formula to it. However, converting Celsius to Fahrenheit is not that easy as it might look, if you are thinking of doing it quickly inside your head. So, here’s the formula you can use to convert the two units. It’s worth noting that it will give you the exact conversion that you want to get.

For the conversion of celsius , you have to multiply the centigrade by 1.8 and then add 32 to the number. Thereafter you will get the figure of Fahrenheit.

Trying Out Some Examples

So it’s pretty easy, right? So, let’s check out some examples. Let’s say, you want to convert 180 celsius to Fahrenheit, so, all you have to do is to put the figures in the formula.

Let’s try another one. For example, say, you want to convert 200 celsius to Fahrenheit. Just the same way, you have to put it on the formula.

So, it’s pretty easy, right? Now, let’s take an example of the other way around. Let’s say, you want to convert 200 Fahrenheit to celsius, then what should you do? Well, it’s easy

So, now there’s another thing to mention. Many people like to write the formula as 9/5 instead of 1.8. So, it’s the same thing, as some people prefer to work on fractions.

Some Common Temperatures in ℉ And ℃

So, before ending the article, let’s check out some cool information on temperature

Final thoughts: So, this was the simple trick of conversion between Celsius and Fahrenheit.  Hope you liked it and learned something new. Moreover, from the above table, you probably learned some new figures about our world and how the system of units works.

Also read: 7 Extremely Hot Places in The World Where You Will Be Begging For Cold Weather

How to Write a Thesis Statement for a Paper in College?

4 Places That You Can Use Your Kettlebell Certification!